Below are the Top 25 FBS Group of Five (G5) rankings based on the Sagarin rankings for the week ending Dec 2. This is the final regular season rankings. The final rankings will be displayed after all bowl games and the FBS national championship game 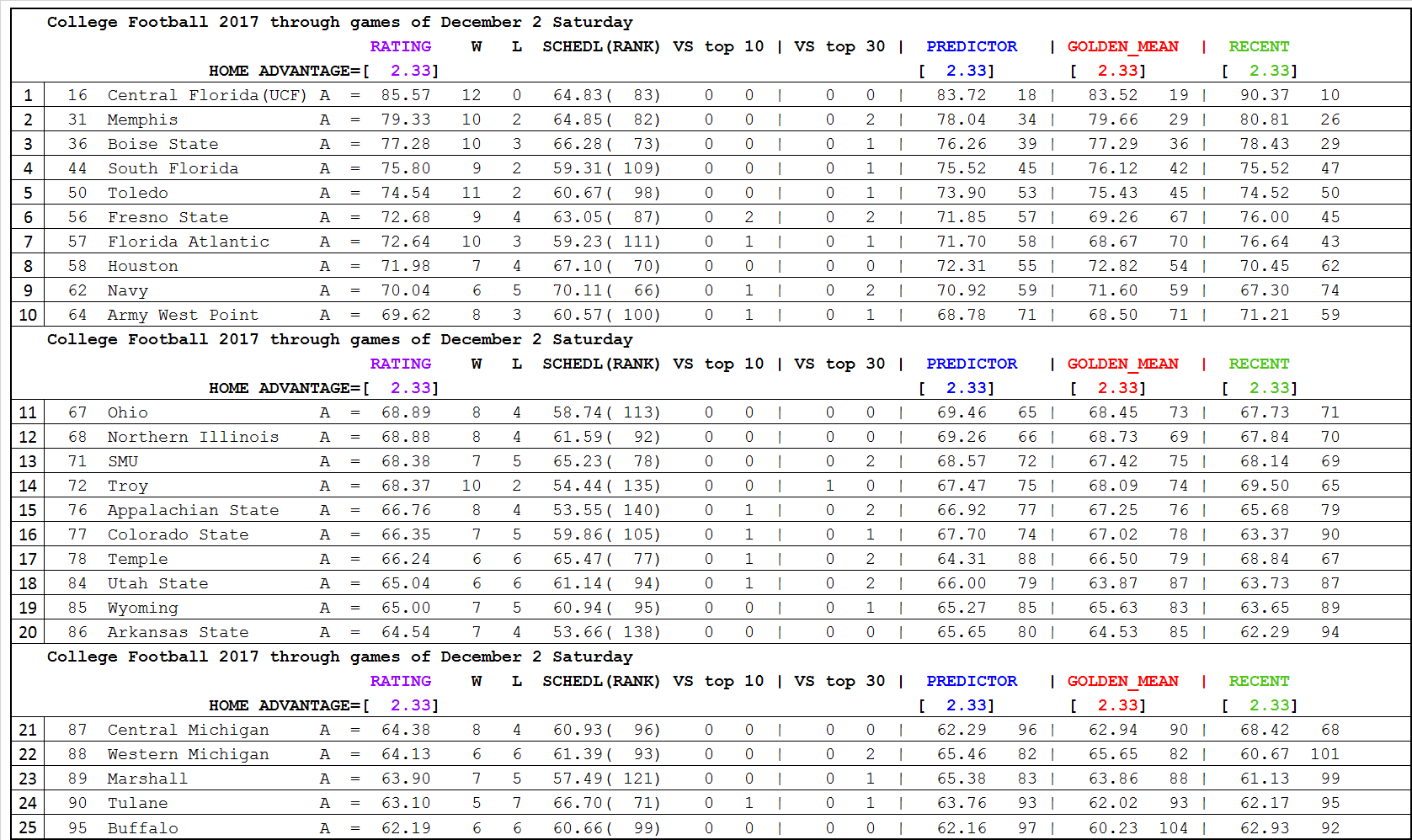 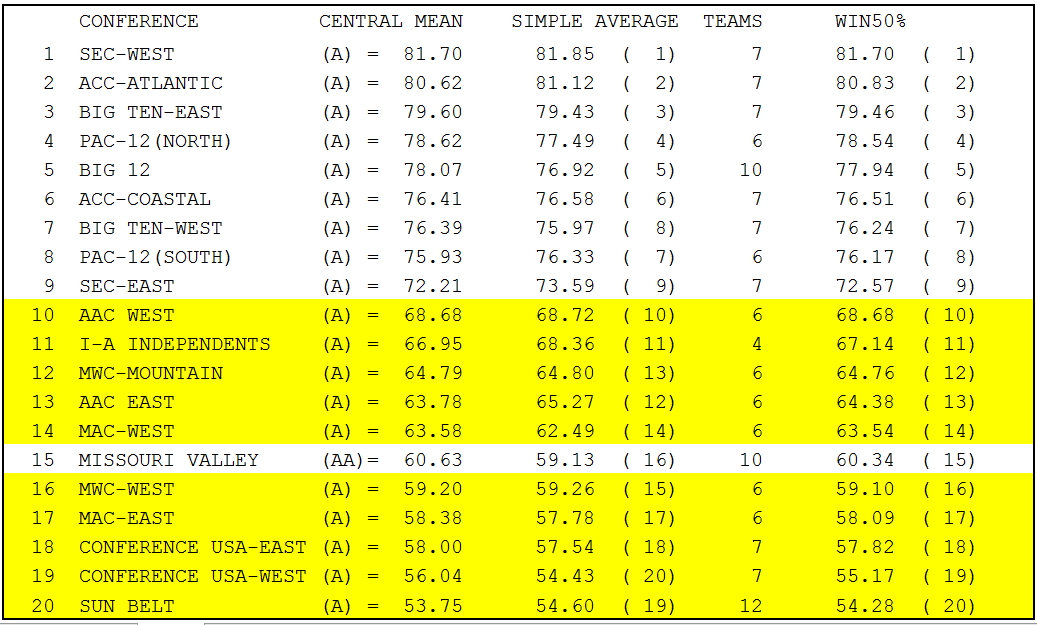