Below are the Final 2017 Top 25 FBS Group of Five (G5) rankings based on the Sagarin rankings after all postseason games have been completed in Division I play. These rankings include all FBS Bowl games and the College Football Playoff.

In the rankings, you will see the the FCS rankings first and the overall Division I ranking to the right of the the G5 ranking.

The numbers show the ranking in the G5 Top 25 as well as the overall Division I ranking. 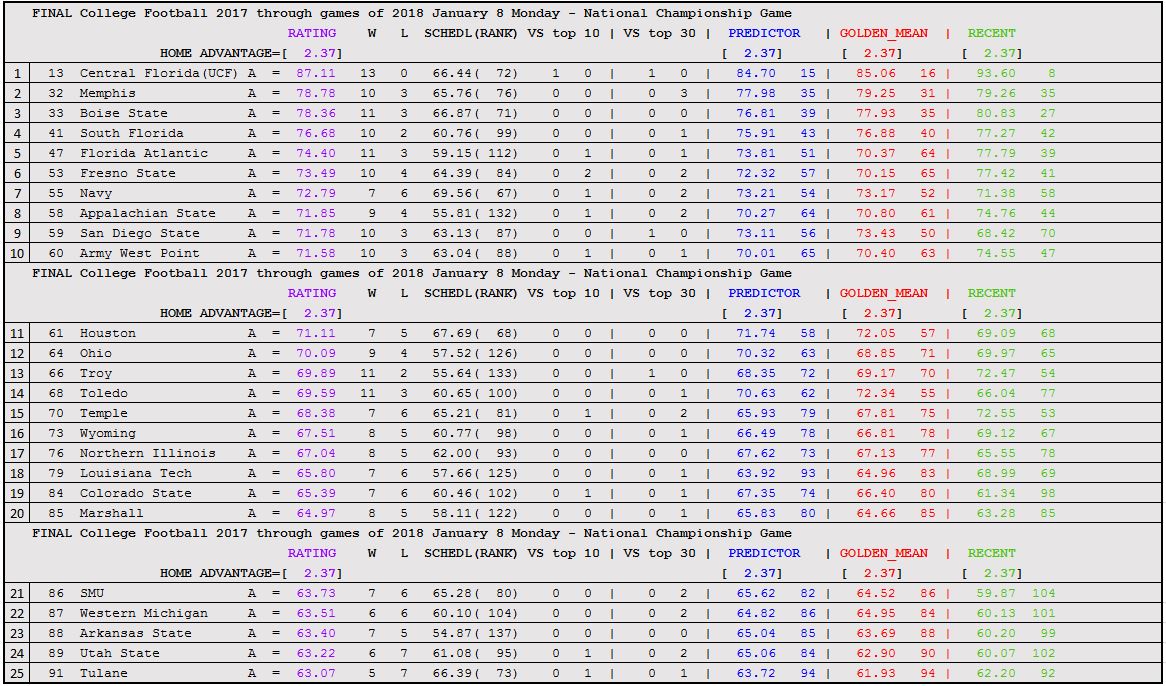 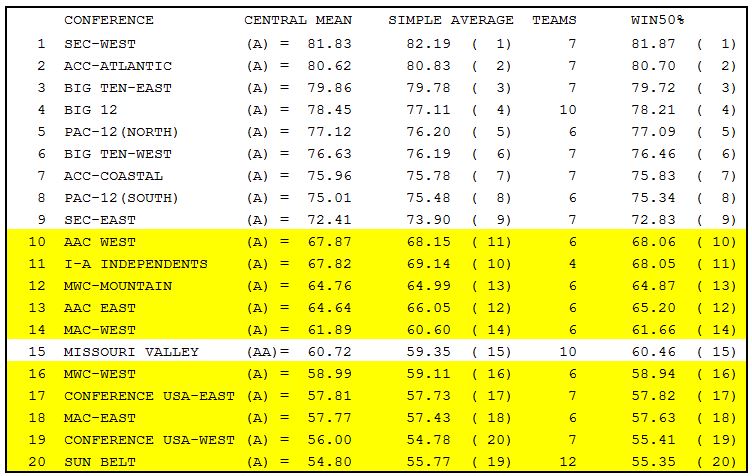