Below are the Top 25 Mid-Major rankings based on the Sagarin rankings for the week ending Jan. 4th, 2020. East Tennessee State stays atop the rankings this week despite its loss this past week at currently ranked #4 Furman. 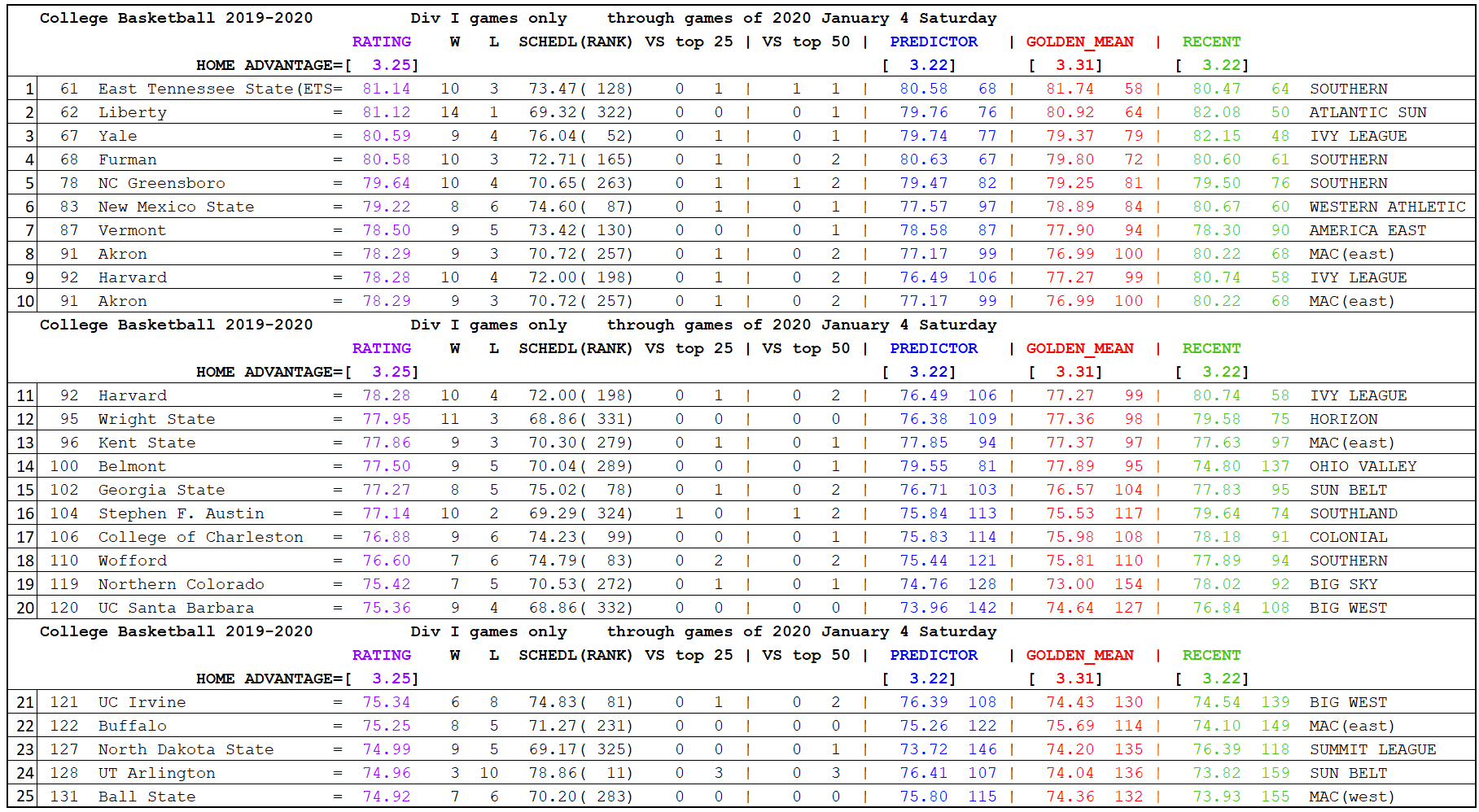 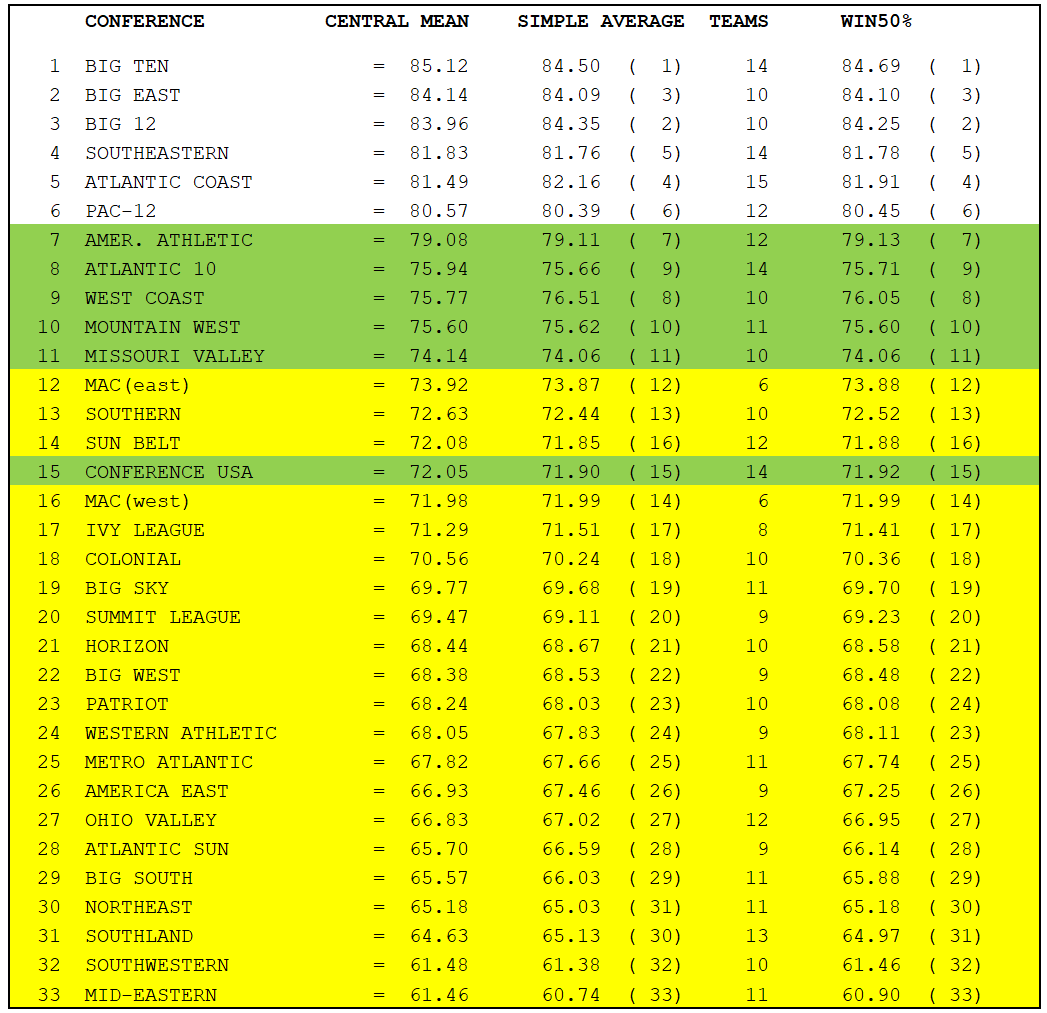