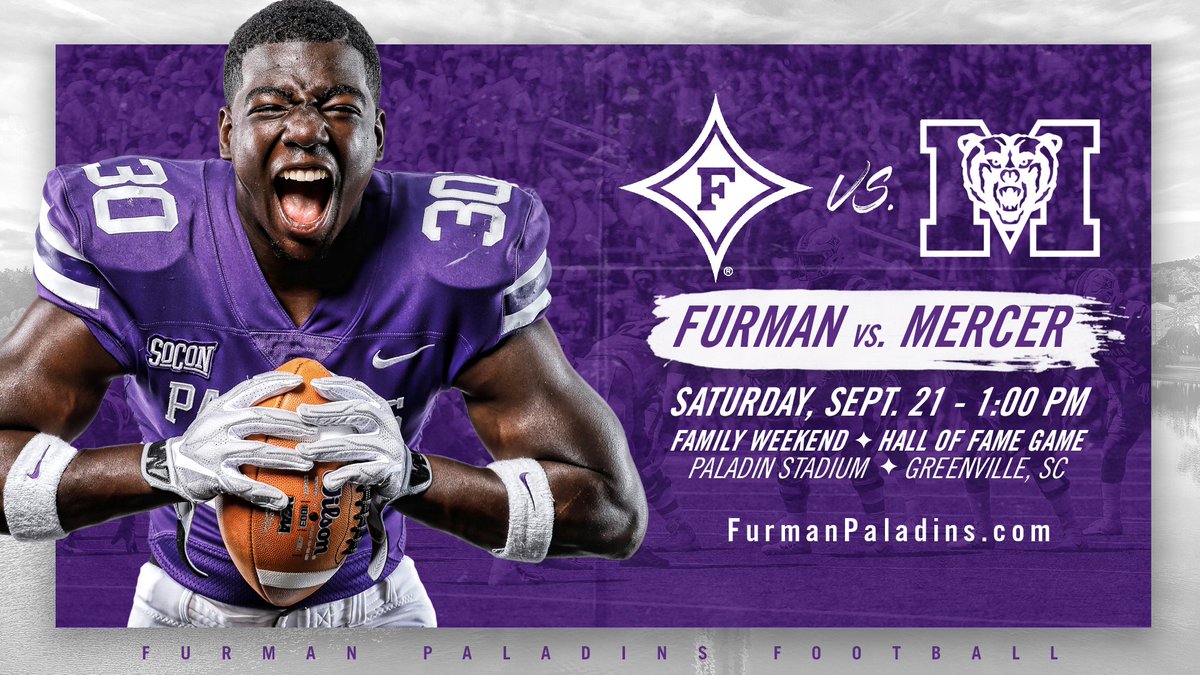 The Southern Conference continues to look like a strong league in 2019. But, the one team everyone expected to be the top team in the league, Wofford, has looked anything but strong through two games. The biggest win in week three for the conference was picked up by The Citadel who defeated FBS Georgia Tech in overtime. Also of note was VMI picking up its own OT win over a team many though would compete for a playoff berth, East Tennessee State. Furman, for the second consecutive game, took an FBS opponent to the wire, but lost by one score.

Mercer will be looking to improve on their .500 conference record from a year ago. An improving program, the Bears believe they have a shot at the Southern Conference title this year. They had a chance to make a strong out of conference statement last week, but wound up falling to Austin Peay 48-34. The Bears do have to protect the ball better having turned the ball over 6 times in their first three games. Mercer travels to Furman this week needing a big conference win. A loss will make the playoffs an uphill climb.

Key Player: QB Robert Riddle has done a decent job as the signal caller for Mercer. He is averaging 273 yards per game and completing just under 60% of his passes. Riddle has thrown 11 touchdowns. However he has also thrown five interceptions. To go on the road against Furman, turnovers will not be acceptable. Riddle will need to understand that he cant give away possessions, even if it means taking an extra sack.

Furman’s 1-2 record does not speak to how good this team is. After blowing out Charleston Southern in their opening game, the Paladins have played two FBS teams in a row. While they didn’t come away from either game with a win, Furman led both games at halftime, eventually losing each by a touchdown. So far, the play on the field shows the Paladins as the top team in the Southern Conference. Can they keep it going in conference play?

Key Player: Furman has always been known as an option running team. While they do still run the ball very well – averaging 249 yards per game on the ground – QB Darren Grainger has given the Paladins a good throwing option. Against Georgia State, Grainger threw for 311 yards and four touchdowns, numbers that really opened some eyes across the FCS landscape. Even if Grainger doesn’t hit those numbers again all season, the threat of his ability to throw should at least keep defenses honest.

Fearless Prediction: While Mercer is an improving program, Furman looks to be the class of the SoCon. Take the Paladins this week. Furman 30, Mercer 20 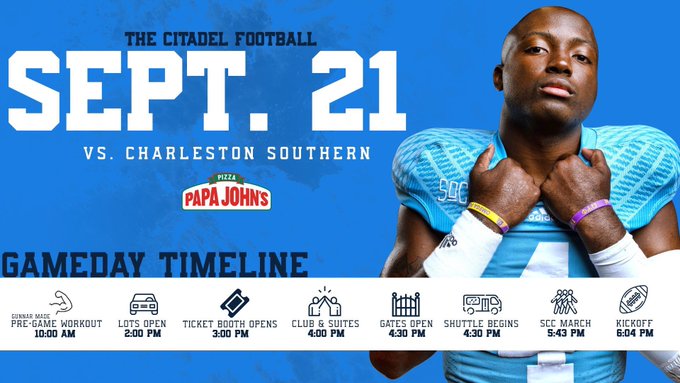 VMI picked up a shocking SoCon win last week. They get another one this week against a bad Robert Morris team. VMI 27, Robert Morris 21

Chattanooga has struggled in its last two games against superior competition. Unfortunately that continues for the Mocs this week against a tough James Madison defense. James Madison 34, Chattanooga 14

The Citadel needs to avoid a letdown after their big win against Georgia Tech. Brandon Rainey’s ankle is question, but the Bulldogs should roll to a win. The Citadel 27, Charleston Southern 10

If Wofford doesn’t get off the mat this week against an inferior opponent, this season will be completely lost. Thankfully for the Terrier faithful, they’ll pick up the win this week. Wofford 34, Gardner-Webb 22

This is looking like a close contest from start to finish. QB Chris Oladokun has emerged as the quarterback for Samford giving the Bulldogs the edge in this game. Samford 28, Alabama A&M 27

Had ETSU not lost to VMI, a lot of people would be pointing to this as a potential playoff berth deciding game. But some of the luster is off with that loss. The Buccaneers will be looking to bounce back from the loss, but Austin Peay will escape with the win. Austin Peay 21, East Tennessee State 17