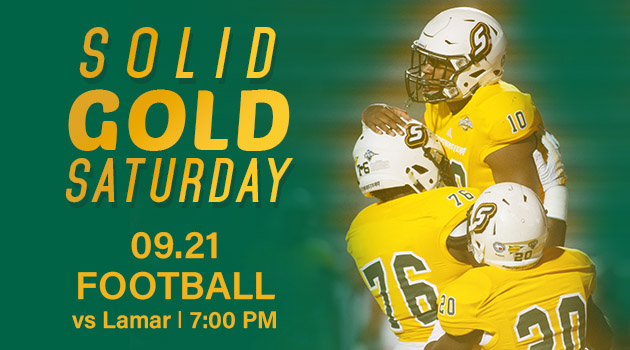 Week three brought a mixed bag of results in the Southland. Houston Baptist shocked the FCS world with their exciting 53-52 upset of MVFC member South Dakota. Sam Houston State was unable to avenge their 2018 loss to North Dakota, again falling to the Fighting Hawks. In conference, Central Arkansas and Abilene Christian lived up to the pregame hype with the Bears prevailing late 31-30.

Lamar surprised everyone in 2018 by making the playoffs. In 2019, the Cardinals have been looking to build on the momentum that created. The results so far have been mixed, however. Lamar is 2-1 to start the year. But they have beaten a D-II team and a woeful Mississippi Valley State team that took until overtime for the Cardinals to beat. Their loss came against FBS Texas A&M. So far, we don’t know what to make of Lamar. They get the chance to prove themselves worthy again this year starting with their Southland opener against an early surprise, Southeastern Louisiana. Lamar doesn’t have any stand out players, but they have a lot of players who just do their job. If they can get consistent effort across the board, the Cardinals will be in the discussion all year. Lamar has committed eight turnovers in three games so far. That is a trend that must not continue for them to have success.

Key Player: For Lamar to be successful, QB Jordan Hoy needs to step his game up in conference play. With the quality of the quarterbacks in the Southland Hoy has to take charge of this offense and lead it. SO far he is completing 56% of his passes and averaging just 178 yards per game. Hoy has thrown 3 touchdowns but also two interceptions and a fumble. That stat line will not get it done in the Southland.

All Southeastern Louisiana has done so far is easily beat Jacksonville State – the same Jacksonville State who just got done beating last year’s runner up – and play an extremely tight game against FBS Ole Miss. SLU looks like a team that could be taking a step up in the Southland conference after a few years in the middle of the pack. We aren’t ready to anoint them as the potential conference champions, but another impressive week or two, especially in conference play, will make people really stand up and take notice of the Lions. The Lions should be favored in their next six matchups leading up to a closing stretch where they play Central Arkansas, Abilene Christian and Nicholls.

Key Player: QB Chason Virgil did a great job of managing the game in the win against Jacksonville State. His numbers didn’t jump off the chart, but he took care of the football. Against Ole Miss, Virgil had to take some chances and he threw three interceptions while throwing for 309 yards. Virgil needs to find the balance between those two games for SLU to continue to win games throughout the season.

Are we really talking about a potential Houston Baptist three game winning streak? Yes we are. Its amazing what having an outstanding quarterback like Bailey Zappe can do for a team. Houston Baptist 38, Northwestern State 22

Nicholls pulled out a late win against Prairie View last week. They won’t need to be that nervous this week. They’ll get a comfortable win that this team needs for its psyche. Nicholls 45, Stephen F Austin 13

Can Central Arkansas pull off a second FBS win on the season? No one will be awake to know. [ED NOTE: I will be. #SouthlandAfterDark – Chuck] But we will wake up in the morning to a 3-1 Bears team that fought valiantly. Hawaii 34, Central Arkansas 27