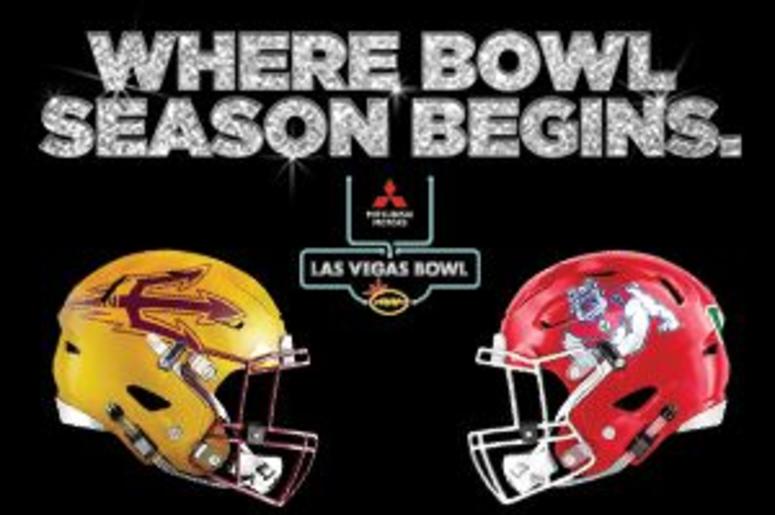 The team started slow but started to play like a Herm Edwards team at the end of the year, finishing the season on a 5-1 run which included a 20 point fourth quarter comeback against rival Arizona.

On offense, the Sun Devils are led by a trio of top players: quarterback Manny Wilkins, running back Eno Benjamin and wide receiver N’Keal Harry.

Wilkins gets lost in the quarterback rich Pac12 that includes players like Gardner Minshew, Jake Browning and Justin Herbert. Despite being lost in the shuffle, Wilkins had a great year leading the Sun Devil offense. He has thrown for 2896 while completing 63% of his passes with 19 touchdowns and just four interceptions.

The one dimension that Wilkens possess that the other top Pac12 quarterbacks do not is his ability to use his legs. Wilkins led all Pac12 quarterback in rushing yards with 412 and rushing touchdowns with 8.

Eno Benjamin is the top running back in the Pac12, leading the conference in both rushing yards with 1524 and rushing touchdowns with 15. Benjamin also caught 33 balls for 247 yards and two touchdowns.

Not to be outdone, N’Keal Harry ranked second in the Pac12 in receiving yards with 1088 and tied for third in touchdowns with 9.

The Sun Devils were a bit inconsistent on defense, allowing at least 20 points in every game but two. The Sun Devils will come into this game ready to play and looking for the win. They wont be happy to just be in a bowl because as their coach Herm Edwards once famously said, “you play to win the game.”

Key Player: RB Eno Benjamin has shown that he is a threat in both the run game and he pass game for the Sun Devils this year. Benjamin should be able to break a few good runs and loosen up the Bulldog defense in this game. There will also be some opportunities to get outside in the screen game for good yardage. If Benjamin is successful, it will set up the play action game for Manny Wilkens to find open receivers down field in positive matchups.

Fantasy Bonus Baby: Sometimes you want to avoid the easy pick to look smart, but in this game, to look smart, make the easy pick. QB Manny Wilkens will have the ball in his hand and does not make mistakes. This looks to be a game where the scoreboard could get a bit of a workout. Wilkens should easily throw for 250 yards and add another 50 on the ground. Look for him to account for at least three touchdowns as well.

Fresno State had a great season in 2018, going 11-2. They won all of their home games and lost at Minnesota and on the blue turf at Boise State.

The Bulldogs returned to the blue turf for the Mountain West championship game and was able to finally get the monkey off their back, defeating Boise State 19-16 in overtime to claim the conference title and earn the invitation to the Las Vegas Bowl.

Fresno State boasts an above average offense, averaging right at 35 points a game. But where the Bulldogs stand out is on defense where they allow only 13.7 points per game. The Bulldogs also held 9 of their 13 opponents to less than 20 points a game.

The Fresno State defense is led by linebacker Jeff Allison, a junior from Miami, Florida. Allison controlled the middle of the field this season with 121 tackles. Allison was named the Mountain West Defensive Player of the Year for his great season.

While Allison took care of anything that got through the line of scrimmage, defensive end Mykal Walker did his best to make sure opposing backs never got that far. Walked racked up 79 tackles of his own, including 13.5 for loss and 4.5 sacks on the season.

The duo of Walker and Allison are a big reason that the Bulldogs defense was as good as it was.

On offense, the Bulldogs are led by their dynamic quarterback Marcus McMaryion.

Through the air, McMaryion completes just under 70% of his passes and has thrown for 3453 yards with 25 touchdowns and only three interceptions. Defenses have to watch him when he gets outside of the pocket too, having run for 253 yards and another 7 touchdowns. The Bulldogs will look to take down a Power 5 foe in the Las Vegas Bowl this year.

Key Player: LB Jeff Allison will be tasked with slowing down Eno Benjamin and the Sun Devil run game, while making sure Manny Wilkens stays in the pocket on passing plays. Allison should be active all game and if he can help force the Sun Devils in to third and long and create definitive passing downs and distances, the Bulldogs could control this game on both sides of the ball. Allison will be able to showcase his skills to NFL scouts whether he comes out this year or returns for his senior season.

Fantasy Bonus Baby: Again, like Arizona State, take the easy pick, QB Marcus McMaryion. This game should feature a lot of offense and McMaryion will be at the center of all the action when the Bulldogs have the football. McMaryion should easily go over 300 yards and will throw for at least 4 touchdowns, two of which will go to stud WR Keesea Johnson, a bonus fantasy bonus baby, Johnson has 93 catches for 1307 yards and 8 touchdowns on the season and the senior will be looking to end his college career with a bang.

Jamie: This game could light up the scoreboard and be the best one of the early bowl season. Look for a lot of offense, but when one team needs a stop on defense, Fresno State is more equipped to make that happen. Fresno State 51, Arizona State 48

Kent: Fresno State won the Mountain West for a reason and this game in Vegas should be fun against the Pac-12’s Sun Devils. The Bulldogs showed it can win at Boise to win the league. It can do the same in this one. Fresno State 42, Arizona State 35

Chuck: This looks to be an entertaining game and one that won’t be a pushover for either side. Both sides come with momentum from big wins and both teams have lots to prove. I do wonder if the Bulldogs’ defense might get exposed because Arizona State’s offense may well be the best they’ve faced all season. Arizona State 42, Fresno State 35