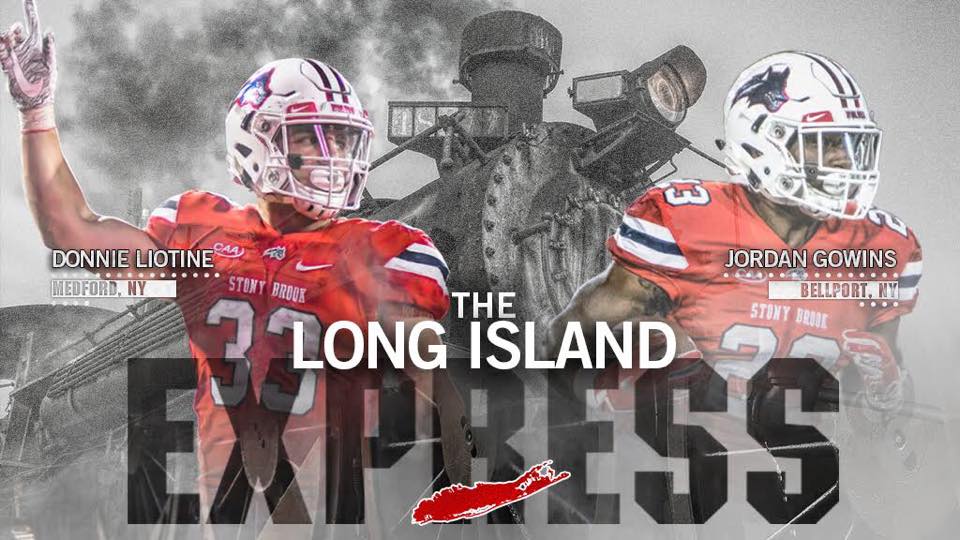 Over the last five weeks, Delaware has looked like the best team in the CAA and a solid top ten team in the entire FCS. After two early stumbles that set them back , Danny Rocco’s team has steadily improved each week. At this point, they are a virtual lock for a playoff spot and will find themselves seeded if they can win their next two games.

Many people have questioned Rocco’s decision to start Pat Kehoe at quarterback, and through four games, those people looked correct. Since then, Kehoe has been the driving force behind the Blue Hens success.

Any coach will tell you they want their quarterback to protect the ball and Kehoe has done that. He has only thrown five interceptions this year while throwing for 17 touchdowns. Delaware is known for its strong defense, led by Troy Reeder. The Blue Hens will need to be strong at the point of attack as Stony Brook will want to run the ball down their throat.

Key Player: LB Troy Reeder is the best player on the Delaware defense and is in the conversation for CAA Defensive Player of the Year. Reeder leads the Blue Hens with 95 tackles and 11 tackles for loss and is a half sack off the team lead with 2.5. With Stony Brook bringing their strong run game to the field this weekend, Reeder will need to control the line of scrimmage and plug holes so that the Seawolves backs cannot get down field easily. If Reeder and company can limit Stony Brook in the run game, the result will tip in the Blue Hens favor.

Fantasy Bonus Baby: RB Kani Kane only averages about 63 yards per game on the ground. However he has made the most of his opportunities. Kane is near the top of the CAA with 10 rushing touchdowns. When the Blue Hens get close to the end zone, they know they can rely on Kane to punch the ball in for six points. Much like Delaware, Stony Brook has a strong defense. But Kane has shown he doesn’t not a ton of touches to be effective. Look for him to pound the ball into the end zone twice this week, even if his yardage numbers are down.

Stony Brook comes into this week’s game with a 6-3 record which should put them in the discussion for a playoff berth. The problem for the Seawolves is that they do not have a signature win. Their best win this year is against a 5-4 Rhode Island team. A CAA team with a 7-4 record will probably make the playoffs, but Stony Brook will need to win both of their last two games and get to 8-3 to make the field. On offense, the Seawolves feature the Long Island Express running back tandem of Donald Liotine and Jordan Gowins. The pair are first and second in the CAA in rushing, combining to average 190 yards per game and have accounted for 11 touchdowns on the ground. On defense, Stony Brook is fast and physical. They don’t give opposing offenses a lot of time to operate in the course of the play.

Key Player: RB Donald Liotine is more the possession back for Stony Brook. When the Seawolves need 3 yards to move the chains, the ball usually goes to Liotine. The game this weekend against Delaware features two teams with stout defenses. The team that consistently move the chains will be the team that wins this game. Liotine will look to be a wrecking ball and run over and tire out the Delaware defense. Liotine averages 5.6 yards per carry this year. An average like that this week will bode well for the Seawolves chances.

Fantasy Bonus Baby: RB Jordan Gowins has been explosive many times this year for the Seawolves. As the game wears on and the Blue Hen defense starts to tire, look for Gowins to bust a big run for a touchdown and exceed his 95 yard per game average.

Fearless Prediction: This will be a low scoring game featuring two very strong defenses. Delaware has shown to have the more explosive offense, and Stony Brook has shown to be more patient and stick to their game plan. THe win this week will go to the more patient team who will pound the ball into the gut of the opponent. Stony Brook 16, Delaware 10.