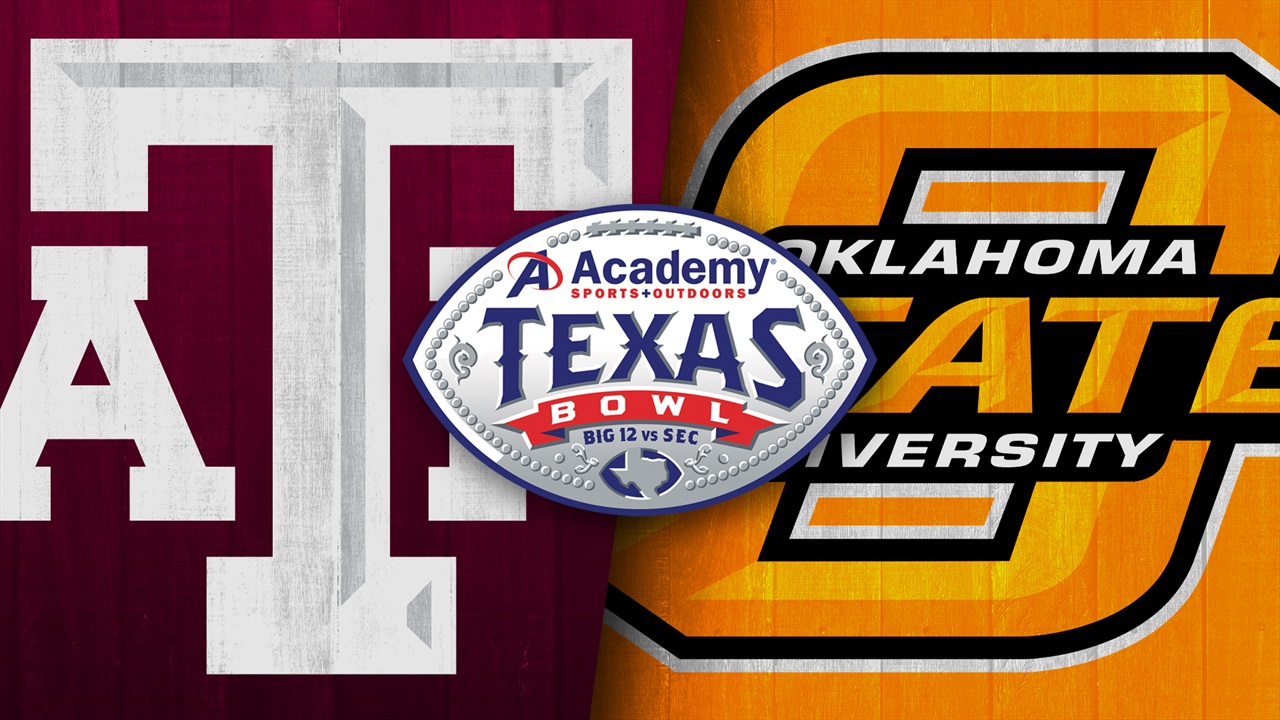 Bowl History: The football tradition at Oklahoma State has seemed to take a back seat to the likes of Oklahoma and Nebraska as the Cowboys have been relegated to playing second fiddle to the Sooners and the Cornhuskers back when the latter was a member of what is now the Big 12 Conference. But OSU is not without some gridiron history of its own.

The Cowboys are appearing in a bowl game for the 14 straight season and the 30th time in school history. OSU owns a 19-10 in its previous bowl appearances dating back to a win in the 1944 Cotton Bowl when the Pokes blanked TCU 34-0 at the historic stadium in Lone Star State.

Oklahoma State is also making a bowl appearance for the 14th consecutive year, all under the leadership of veteran coach Mike Gundy.

Coach: Mike Gundy is about as down-to-earth and straight forward as they come. And he seems to always have a soundbite or two at the ready.

Who can forget his “I’m a man,” rant several years ago. And the hits have kept on coming.

Gundy arrived on the Stillwater campus in 1986 and quarterbacked the Cowboys as a starter for four seasons (1986-89) and led the Cowboys to wins in the 1987 Sun Bowl (West Virginia) and the 1988 Holiday Bowl (Wyoming). He was the Big Eight’s all-time leader in passing and total offense when he finished his playing career.

He has spent most of his adult life either playing for or coaching the Cowboys. He began his coaching career as an assistant at OSU (1990-94) before spending one season (1996) at Baylor and four seasons at Maryland (1997-2000) before returning to Stillwater as an assistant. He is the third-longest tenured coach at his active school in the FBS. Only Kirk Ferentz (Iowa) and Gary Patterson (TCU) have been at their schools longer.

The rise in success is a reflection of the coach. When he took over in 2005, OSU had tallied a winning percentage of .491 in its history. Since then the Cowboys have won more than 67 percent of their games with Gundy on the sideline. His teams have finished in the top 10 eight times since he assumed leadership of the program.

2019 Season: Oklahoma State opened the season by winning four of its first five games and earning a national ranking. The Cowboys used a late-season burst to become bowl eligible by winning four straight games against Iowa State (34-27), TCU (34-27), Kansas (31-13) and West Virginia (20-13) before losing to arch-rival Oklahoma in the Bedlam.

2019 Owls: Oklahoma State just might one of the most balanced teams in the nation this season. The Cowboys have put up nearly identical numbers whether running or passing the football. They have averaged 236.3 yards per game on the ground and have added 227.7 yards via the air.

On the flip side, the OSU run defense is among the best in the nation, allowing opponents just 151.0 yards per game and 267.1 passing yards. OSU also holds a scoring advantage of more than six points per game (33.4-27.0).

Key Players: When talking about the strength of the Cowboys the conversation always begins with Chubba Hubbard (6-1, 207), a redshirt sophomore, who is already being mentioned as a serious Heisman Trophy candidate in 2020. Hubbard has rushed for 1,936 yards on 309 carries (6.3 ypc) in 2019 and has 21 touchdowns to his credit.

The youth is highlighted even further when looking at quarterback Spencer Sanders (6-2, 195), a redshirt freshman, who has emerged as one of the top young signal callers in the nation. Sanders has completed 155 of 247 passes for 2,065 yards and 16 touchdowns. His 11 interceptions can be attributed to his youth. Sanders also ranks second on the team with 625 rushing yards on 137 carries (4.6 ypc) and two additional scores.

Oklahoma State is paced on the defensive side of the ball by a pair of talented players in the secondary. Malcolm Rodriquez (6-0, 205) and Kolby Harvell-Peel (6-0, 201), have both put up impressive numbers. Rodriquez, a junior, leads the team with 94 (57 solo) tackles, including 6.5 tackles for loss, while Harvell-Peel has 71 (49 solo) tackles and a team-high five interceptions in his sophomore season.

Bowl History: A longtime member of the Southwest Conference, which disbanded with the creation of the Big 12 prior to the start of the 1994 season, Texas A&M is appearing in a bowl game for the 41st time in program history. The Aggies have an 18-22 record in their previous bowl appearances which began with a 22-14 win over Centre College in the 1921 Dixie Classic.

Most of the bowl appearances for the Aggies have been in front fans in the Cotton Bowl where TAMU has a 3-8 record in 11 appearances in that game. Texas A&M and Oklahoma State have met one previous time in a bowl game with the Aggies taking a 33-16 win in the 1981 Independence Bowl.

Coach: Jimbo Fisher is in his second season as coach of the Aggies. He has led A&M to 16-9 record heading into the bowl game against Oklahoma State. Fisher took over at Texas A&M after spending the eight seasons as the head coach at Florida State, where he replaced legendary coach Bobby Bowden, who stepped down after the 2009 season. Fisher led the Seminoles to the national title in 2013. He also worked as an assistant coach at Samford, Clemson, Cincinnati and LSU before joining the FSU staff in 2006.

2019 Season: Thanks to a four-game winning streak late in the season the Aggies find themselves in a bowl game for the . And the winning streak came at just the right time. After picking up victories against Ole Miss (24-7), Mississippi State (49-30), Texas-San Antonio (45-14) and South Carolina (30-6), the Aggies closed the season with losses against two of the top teams in the nation. No. 4 Georgia defeated the Aggies 19-13 and top-ranked LSU ended the regular season with a 50-7 dismantling of Texas A&M.

2019 Mustangs: Texas A&M, like many of its SEC counterparts likes to go to the air. The Aggies are averaging 247.1 yards passing this season and just 151.8 yards on the ground. But, the strength of the Aggies just might be on the defensive side of the ball – and that defense will be tested in a big way by the Cowboys. A&M gives up an impressive 129.1 yards on the ground and 211.7 yards through the air. Both of those numbers could be shattered by the Cowboys.

Key players: While many of the offensive numbers put up by individual Aggies this season may not be eye-popping, what bodes well is that many of those players will be returning to give TAMU a solid nucleus to build around in the coming seasons.

One player who will not be returning is defensive standout Justin Madubuike, who has declared himself available for April’s NFL Draft. Madubuike was leading the Aggies with 11.5 tackles for loss and 5.5 sacks among his totals this season. He is foregoing the bowl game in favor of the draft.

The receiving corps is highlighted by three players who have proven they can catch the football. Wide receiver Jhamon Ausbon (6-2, 218) has caught 65 passes for 862 yards and four touchdowns and teammate Quartney Davis (6-2, 200), another wide receiver, has 568 yards on 48 receptions and four scores of his own. Tight end Jalen Wydermyer (6-5, 260), a freshman, has caught 31 balls for 419 yards and a team-high six touchdowns.

Ray: Tucked away amidst the gentle rolling countryside near Stillwater, Oklahoma State probably does not get some of the recognition the Cowboys deserve. On Friday, in front of a national ESPN audience OSU and Chubba Hubbard have a chance to change all of that. It will be their time to shine: Oklahoma State 31, Texas A&M 25