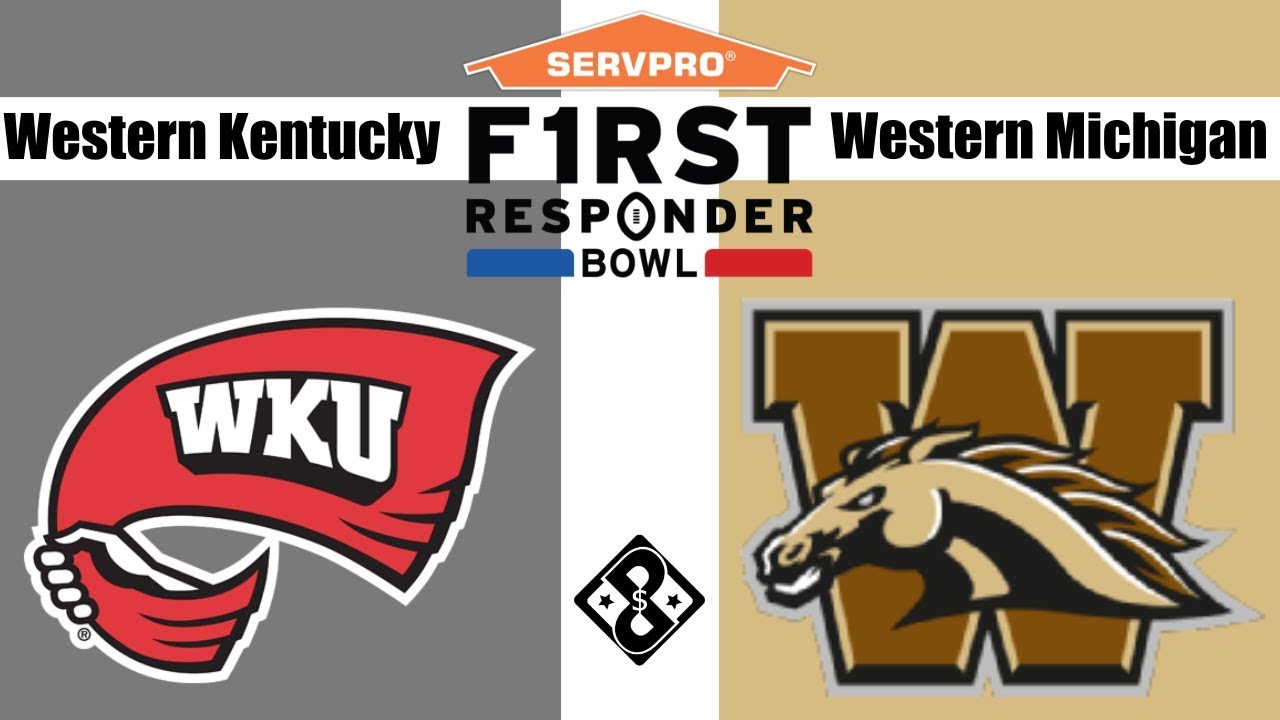 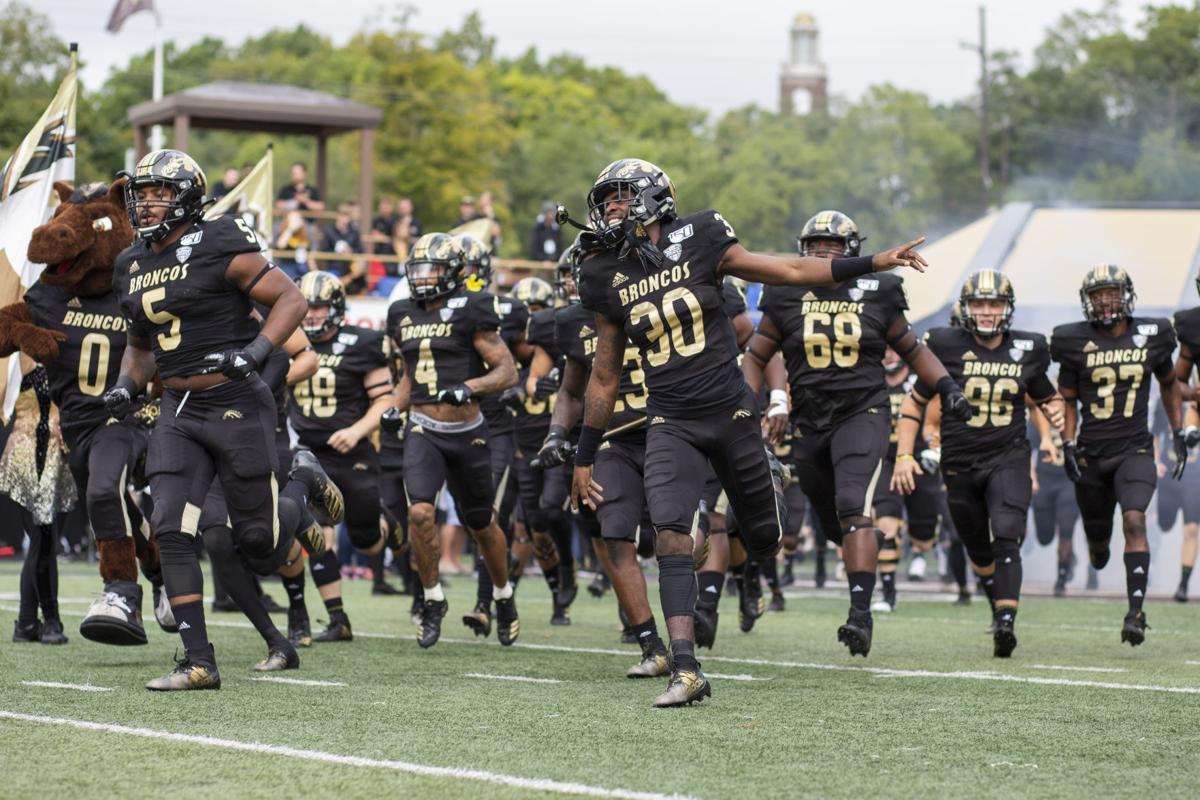 Coach Tim Lester has been good but not great after the departure of P.J. Fleck to Minnesota three seasons ago. Lester has yet to have a losing record in Kalamazoo, but he has not had the same type of team that went to the Cotton Bowl in 2015 following an undefeated regular season. With six wins in his debut and seven last season, the Broncos have a chance to improve upon that with a victory in Dallas.

The Broncos had the second best offense in the MAC averaging 34.2 points and 457.3 points per game. RB LeVante Bellamy earned the MAC Offensive Player of the Year honors.

The Broncos also boast a talented tandem at wide receiver in freshman Skyy Moore (5-9 195) and Keith Mixon (5-8, 195). Moore has hauled in 47 passes this season for 734 yards and three touchdowns, while Mixon leads the Broncos with 48 receptions for 491 yards and a pair of TDs.

Defense was not as strong, however, for the Broncos. Mainly because of the defensive issues, WMU couldn’t put together consecutive wins until late October. The Broncos did improve as they got in the later stages of this year’s schedule and the team won three straight games against Bowling Green, Ball State, and Ohio before dropping their season finale to Northern Illinois to finish 7-5.

WMU’s defensive improvement was highlighted by the play of LB Treshaun Hayward, who led the conference in tackles with 132 and was the MAC Defensive Player of the Year. Despite allowing only 26.2 points per game, the Broncos allowed 414.6 yards per game, which was one of the higher averages in the MAC.

The Broncos are looking for their second bowl win in school history. WMU won its only bowl game in 2015 in the Bahamas Bowl and are 1-8 all-time in bowl games.

The Broncos have played their opponent in the other ‘Western’ 14 prior times in history but the last time was in1947, where the Broncos defeated Western Kentucky at home. Overall, WMU leads the series 11-3-1.

This is the fifth bowl in the last six years for the Broncos with that Bahamas Bowl win as the only victory in that span.

Key Player: RB LeVante Bellamy led the nation with 23 rushing touchdowns and is tied for 11th with 1,412 yards. Only eight running backs have touched the ball more than him, and he’s averaging an impressive 5.7 yards per carry. He will need to be the workhorse in this game for the Broncos to come away with its second ever bowl victory.

Tyson Helton is in his first season as Western Kentucky’s head coach, and a win could match the Hilltoppers’ total victories in the last two seasons combined with a win in this bowl game. He inherited a team that went just a 3-9 overall and 2-6 mark in C-USA play in 2018. After former 2016 initially left WKU looking like it might revert to its struggling form when it first entered the FBS from the FCS ranks in 2007. Helton was named the C-USA coach of the year after coming over from Tennessee, where he was the offensive coordinator.

After starting the year with a bad loss to FCS Central Arkansas, Western Kentucky went on to win five of their next six games despite losing starting QB Steven Duncan to a leg injury. Grad transfer Ty Storey, who came to Bowling Green from the SEC’s Arkansas, then assumed the starting role and threw for 2,209 yards with a 70.1% completion percentage and 12 touchdowns. Storey was named C-USA’s Newcomer of the Year for 2019. WKU stumbled twice in a row against Marshall and FAU before ending the regular season with three consecutive victories.

Outside of Storey, the Hilltopper offense saw an emerging star in RB Gaej Walker, who converted from being a defensive back to running back in the spring ball. He averaged 4.9 yards per carry and became WKU’s first 1,000-yard rusher in three seasons. Walker and Storey have accounted for 15 of the Hilltoppers’ 19 rushing touchdowns this season.

The WKU defense, however, is really the biggest reason for the turnaround. DE DeAngelo Malone earned the C-USA Defensive Player of the Year honors after picking up a 11.5 sacks and 21 tackles for loss, which is the third-highest total in FBS. Malone was a huge reason why the Tops have the best scoring defense in C-USA up to this point allowing just 20.1 points per game. Rounding out the WKU defense is linebacker Kyle Bailey (6-0, 225), along with a pair of talented players in the secondary in the form of Devon Key (6-1, 201) and Antwon Kincaid (5-11, 195).

Bailey tops the team charts in tackles with 98 (47 solo), including six tackles for loss. He also shares the team lead with two interceptions on the season. Malone, meanwhile, has 90 (50 solo) tackles, including a staggering 21 TFLs and 11 sacks, both tops on the Hilltoppers this season.

WKU is playing in its sixth bowl game in the past eight seasons with the last two years being the two missing years. The Hilltoppers own a 3-2 record in those contests, collecting wins over Central Michigan [Bahamas Bowl; 2014], South Florida [Miami Beach Bowl; 2015] and Memphis [Boca Raton Bowl; 2016].

Key Player: QB Ty Storey has thrown for 12 touchdowns and just five interceptions since gaining the starting job. The team, however, has struggled with turnovers, where their 19 giveaways are tied for 81st in the nation. Storey will need to make the right reads and avoid the interception bug he had while playing at Arkansas.

Kent: The WKU defense is the stronger side but the WMU offense is probably stronger in this match-up. Turnovers on each side will be the key and given that WKU has shown a higher tendency to give the ball away more, this leans towards a WMU win. It will be tight to the end but a late turnover will be the key for a Bronco victory in this battle of the Westerns. Western Michigan 31 Western Kentucky 27

Ray: The outcome of this game could very well be decided by whichever teams get the early
advantage. And that figures to be the Broncos with their standout ball carrier who figures to do some
damage to the rushing defense of Western Kentucky. If that happens and the Hilltoppers are forced

to go to the air often, look for the WMU secondary to have a field day with plenty of opportunities to
pick off a pass or two. Western Michigan 35, Western Kentucky 24