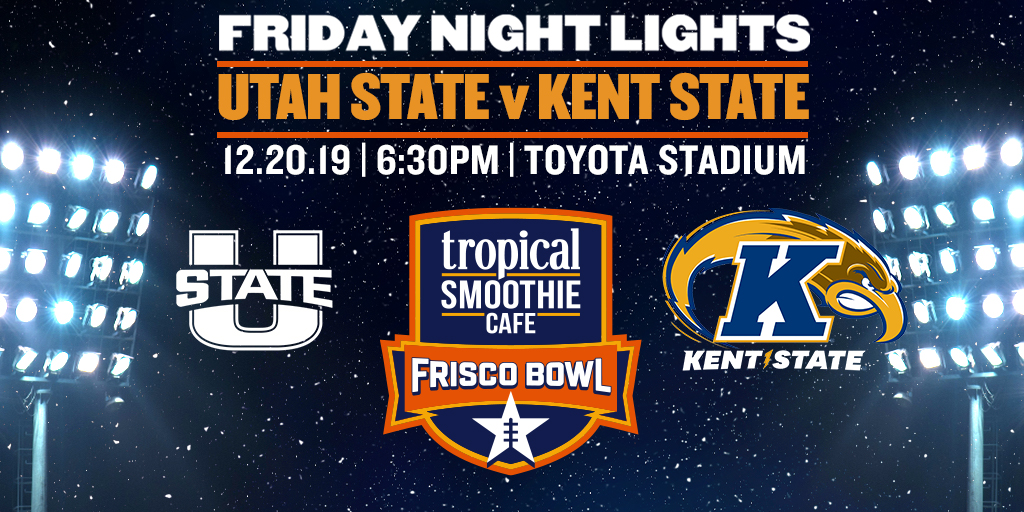 Second-year coach Sean Lewis did an incredible job getting Kent State to its first bowl game since 2012 and just the fourth in team history. The Golden Flashes won its last three games to become bowl eligible that include wins over fellow MAC bowl teams in Buffalo (30-27) and Eastern Michigan (34-26).

QB Dustin Crum played most of the snaps under center for Kent State. He didn’t throw for the most yards, but was efficient. Crum threw for 2,333 yards, 18 touchdowns and two interceptions on 68.2 percent completion this season. Three receivers have over 500 yards this season with WR Isaiah McKoy leading the team with 50 receptions for 769 yards and seven touchdowns.

Crum actually leads the team in rushing as well with 560 yards and five touchdowns. Four running backs have at least 200 rushing yards. Will Matthews leads them all with 514 yards and two touchdowns.

Kent State allows 31.1 points per game, which ranks 91st in the FBS. The Golden Flashes have one of the worst rush defenses in the country, giving up 249.3 yards on the ground per game (ranked 127th). Kent State’s pass defense is better, as they allow 221.4 passing yards per game (ranked 55th). The defense revolves around LB Mandela Lawrence-Burke, who has a team high 94 total tackles this season.

Key Player: QB Dustin Crum is what makes the team go offense and mainly with his dual threat ability. The rush, however, is where the team flies. He has led the team to big rushing attacks and really the reason Kent State won its last three games. The Golden Flashes started to find gaping holes to work through late in the year, tearing off 266 yards and two scores against Ball State, and 253 yards and three touchdowns against Eastern Michigan in its last two contests. Crum also led the MAC’s most efficient passing game throwing 18 touchdown passes and just two picks. Crum will need to keep the running game with the same effiecint passing game to try to keep its defense off the field against a very strong offense with the Aggies.

Utah State has been a regular on the bowl circuit over the last several years with this being the eight bowl game in the last nine years. That run started with head coach Gary Andersen turning the program around. He took Utah State bowling in 2011 for the first time since 1997. After leaving for a few other head jobs, he came back to Logan this year and trying to cap off a disappointing year with something positive.

The Aggies were a preseason pick to challenge Boise State this year for the Mountain West Mountain Division but losses to Air Force and Boise State in conference and a out-of-conference loss to Utah rival BYU kept the Aggies from a higher profile bowl.

QB Jordan Love, an NFL Draft prospect after just his junior seasn, is the trigger man for the Aggies. He has thrown for 3,085 yards, 17 touchdowns and 16 interceptions on 60.6 percent completion. They have six receivers with over 200 receiving yards WR Siaosi Mariner leading the team with 56 receptions for 874 receiving yards and eight touchdowns.

Key Player: QB Jordan Love has been inconsistant all season after a tremendous sophomore season. He wound up throwing almost as many interceptions (16) as touchdowns (17). With him putting his name on the NFL Draft, this is one last real game setting to show how he can really perform at the professional level. He will need to act more like his sophomore-self and avoid the mistakes that have plagued him in his junior campaign.

Kent: Jordan Love will be the difference in this game against a poor defense to lead the Utah State attack. Look for Love to throw it around the field and for the Aggies to score quickly on most of its possessions. Kent State will get its run game going at times and will get a few scores but it will not be enough. Utah State 38 Kent State 21