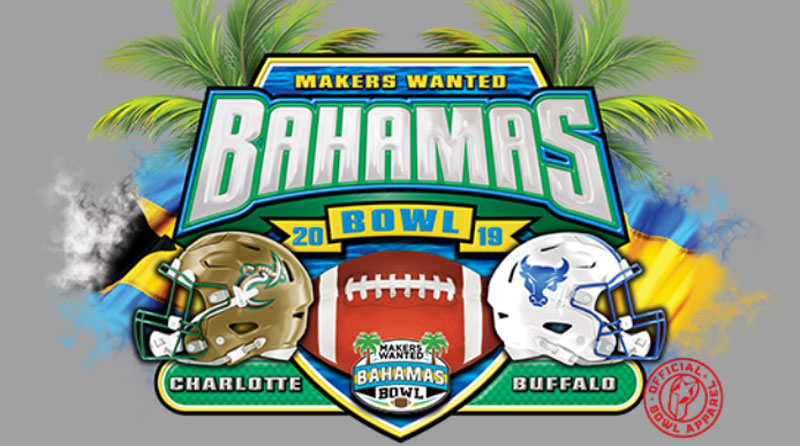 Before the season began it was an open question as to whether the Bulls could come anywhere close to replicating last season’s 10-2 regular season, with a ton of key players, including the MAC Offensive Player of the year, exiting the program.

Happily for Bulls fans, Buffalo was able to reload, not rebuild, as they competed for the MAC East title all season and easily qualified for bowl eligibility with a 49-30 win over Toledo and, for good measure, pounded Bowling Green 49-7 the following week, leaving zero doubt.

As a result, Buffalo will be playing in its fourth bowl game in program history (and second straight) and is in search of its first bowl win. Last season, the Bulls fell to Troy 42-32 in the Dollar General Bowl.

Buffalo’s success begins with its trenches on both offense and defense. Its run-heavy offense leans on RB Jaret Patterson and RB Kevin Marks, who are both 1,000 yard rushers. It’s the first time the Bulls have two 1,000-yard rushers in the same season. That has come from stellar protection – not only has the Bulls’ offensive line carved out so many yards, they have allowed the second-fewest sacks in FBS (8).

Defensively, the Bulls also are one of the best teams in FBS when it comes to stopping the run – Buffalo has only allowed one 100 yard rusher all season.

Key Players: RB Jaret Patterson leads the Bulls with 1,626 rushing yards and 17 touchdowns, both school records, but RB Kevin Marks rushed for more than 100 yards in back-to-back games to just make it over 1,000 yards rushing on the season as well. You’ll want to keep an eye on both of their backs, but don’t overlook star 6’6. 310 lb senior LT Evin Ksiezarczyk, who was one very large reason why Buffalo has such a powerful rushing attack. Chances are this mammoth tackle will be a part of the NFL draft this April.

The 49ers didn’t seem like they were going to be bowling after starting the year 2-5, with one of those wins coming against an awful FCS program (Gardner-Webb) and arguably an FBS team that was even worse than Gardner-Webb (UMass). But a dramatic five-game winning streak, kicked off by a last-second TD to beat North Texas 39-38, pushed Charlotte into their first-ever bowl game in program history.

Key Player: Charlotte’s turnaround has come about in part due to the unleashing of QB Chris Reynolds‘ ground game. During their 5 game winning streak, Reynolds has rushed for 90 yards or more in all five games and scored 3 rushing TDs, while the threat of him running has opened up their passing game, allowing him to toss 9 TD passes. If the 49ers are to win their first-ever bowl game, they will need to get Reynolds working early and often.

Chuck: It’s going to be odd seeing two teams built for cold November running football play their type of game in sunny Nassau. I think Buffalo’s bowling experience will play a key role in giving the Bulls the win. It won’t hurt that the Bulls OL will win their battle of the trenches. Buffalo 37, Charlotte 24