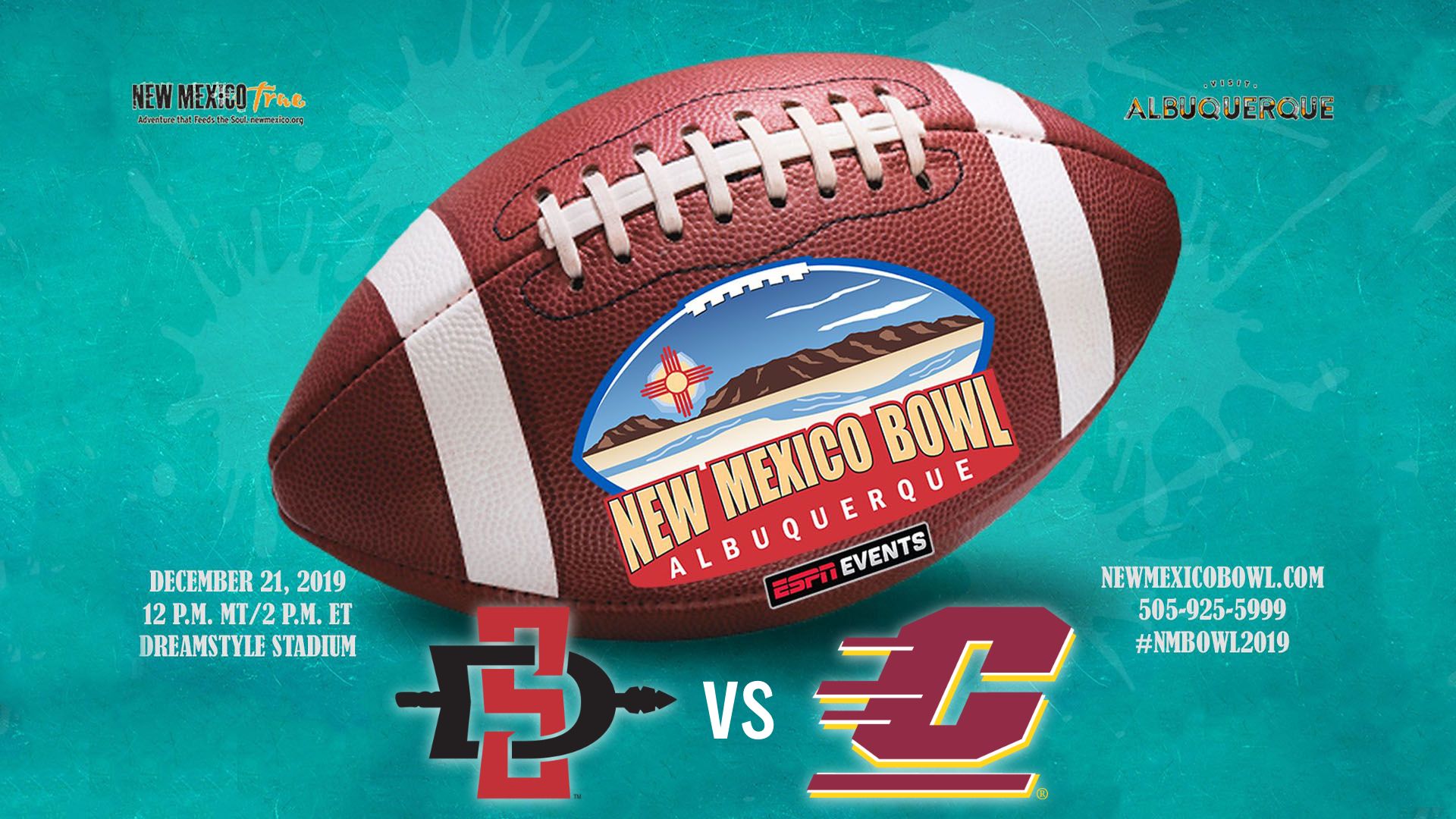 In the first year under head coach Jim McElwain, Central Michigan fell to 2-3 after losses to Miami (FL) and Western Michigan in back-to-back weeks before turning things around. CMU was 6-1 in the final seven games of the season. The only regular-season loss in that stretch was a trip to Buffalo on Oct. 26. The three straight wins at the end of the season allowed the Chippewas to clitch the MAC West title. CMU, however, lost 26-21 to Miami (OH) in the MAC title game.

A year after going 1-11, CMU has improved to 8-5 and won the MAC West division title. The Chippewas have a potent passing attack, but their running game is what sets this offense up. The Chippewas enter this game averaging 32 points per content but that will be tested going up against San Diego State’s physical, stingy defense.

The Chippewas are headed on offense by QB Quinten Dormady and RB Jonathan Ward. The two seniors will try to get the running game going in this game as has been a key for the CMU victories. In fact, the Chippewas have rushed for at least 135 yards in all eight victories this year and under in their five losses.

Dormady was a transfer from Houton but was injuried in the Chippewas season opening loss at Wisconsin. He came back after missing the next four games. He cam back strong and completed 70% of his passes against Northern Illinois (75%), Ball State (71.1%) and Toledo (78.9%). He threw for five touchdowns and one interception in that span.

CMU is making its fifth bowl game appearance in six years–sandwiched between the one-win season last year. But the Chippewas are still looking for its first bowl win since 2012.

This is the first match-up for Central Michigan against San Diego State.

Key Player: RB Jonathan Ward averages over six yards a carry and has scored 15 rushing touchdowns. He’s also a threat in the passing game with 33 catches for 322 yards and a score. It’s not a coincidence that he had just 10 carries for 26 yards in CMU’s MAC title game loss. As was seen with the rushing coorlation to wins, the Chippewas need to get Ward and fellow RB Kobe Lewis going for the CMU to win this game. San Diego State started the season 7-1 and looked like almost a sure shot to get into the Mountain West Championship game. But a 17-13 loss at Nevada dropped the Aztecs down and a 14-11 loss at Hawaii ended the Aztecs’ hope of winning its division. SDSU, however, did end its season with an impressive 13-3 win over independent BYU.

SDSU is averaging only 19 points per game but that has proven to be enough with its strong defense giving up fewer than 13. The Aztec defense is headed by CB Luq Barcoo, who was a second-team Walter Camp All-American. He ranks second nationally in interceptions (8).

With this bowl invite, the Aztecs will play in a school-record 10 consecutive bowl games (includingall nine seasons under head coach Rocky Long). SDSU is 13-1-1 all-time against current MAC squads. SDSU, however, lost last year in the Frisco Bowl against Ohio to give the program that one loss.

Health of its players is a major concern for the Aztecs coming into this game. RB Juwan Washington is not expected to play because of a nagging ankle injury. That’s a big loss since the senior has been a workhorse for three seasons, rushing for more than 500 yards every year during that span. Also, a concern is QB Ryan Agnew, who missed the final game with a calf injury but is expected to be cleared to play in this game.

Key Player: Ryan Agnew as mentioned missed the last game against BYU. He owns the best QB winning percentage (14-4, .778) in SDSU’s DI history. The senior also has four second-half comeback wins and may be needed in what is expected to be a low scoring tight game.

Kent: If you like a defensive struggle, this bowl game is the one for you. SDSU has the stronger team it seems on paper and also has the motivation to erase last year’s bowl loss to a MAC team with another MAC team this year. The Aztecs do just that. SDSU 17 CMU 7