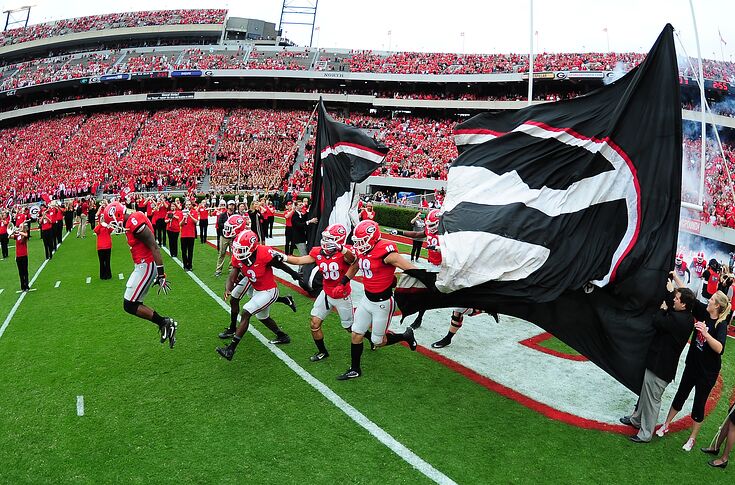 Georgia had to settle for a second straight Sugar Bowl bid after losing the SEC title game to LSU. The Dawgs also fell to unranked, and now 4-8 South Carolina 20-17 in overtime in mid-October. Georgia lost 28-21 to Texas last year in this bowl game.

Georgia could be hamstrung by a number of players that will not be available for the game. Starting OTs Andrew Thomas and Isaiah Wilson will sit out to prepare for the NFL draft. Starting OG Ben Cleveland also is expected to miss the game due to academic issues. WR Lawrence Cager has missed the last two games with an ankle injury and is unlikely to take part and fellow wideout Dominick Blaylock tore his ACL vs. LSU. Also, running back D’Andre Swift bruised a shoulder vs. Georgia Tech and only had five touches vs. the Tigers. Also, running back Brian Herrien and defensive tackle Tyler Clark did not make the trip to New Orleans.

And with this being a downgrade from possibly getting into the College Football Playoff, there is also a let down in playing in this game. Key Player: QB Jake Fromm has thrown for 2,610 yards and 22 touchdowns this season. However, in the last five games, he has not hit better than 50 percent of his passes. He went 71-of-151 for 925 yards,and is very unexpected, but Fromm is a quarterback who is trending in the wrong direction in what could be his last college game as a junior. He will also have a number of new components around him so how well he can adapt to the new players will be a key for Georgia to come out on top.

Baylor emerged as an underappreciated darling about halfway through the season. The Bears were 9-0 to start the year before facing Oklahoma. They were up a majority of that game, but due to a late-game comeback from the Sooners, Baylor suffered its first loss on the year. The Bears also lost the rematch in the Big 12 title game but took the Sooners to overtime before falling. Baylor likely would have also been in the College Football Playoff had they defeated Oklahoma the second time.

Baylor is playing in the Sugar Bowl for the first time since 1957. It is also their first New Year’s Six bowl game since 2014 when the Bears lost to Michigan State in the Cotton Bowl.

The Bears allow 19.31 points per game and are have an average of almost twice as much rushing yards allowed than Georgia. How well the defense does will be a key to this game especially given the new players on the Georgia side.

Key Player: QB Charlie Brewer had some concussion concerns after getting knocked out of the Big 12 Championship Game, but all indications say that he will play. Brewer’s knack for scrambling and extending plays has been a key part of why the Bears are an 11-win team. He did well as the whole team has in not giving up turnovers. In 2018 the Bears were a minus-nine in turnover margin. This year, the Bears sport a sparkling plus-14 margin. He will have to remain that way for the Bears to get this win.

Fearless Prediction: Given all the question marks on Georgia, Baylor seems to have the edge. Even so, however, Georgia at least on paper has more talent. But on the field, Baylor really wants this game more and think that will lead to a Bears victory. It will be tight the whole way but expect Baylor to use its more experienced squad to win this one. Baylor 31 Georgia 21