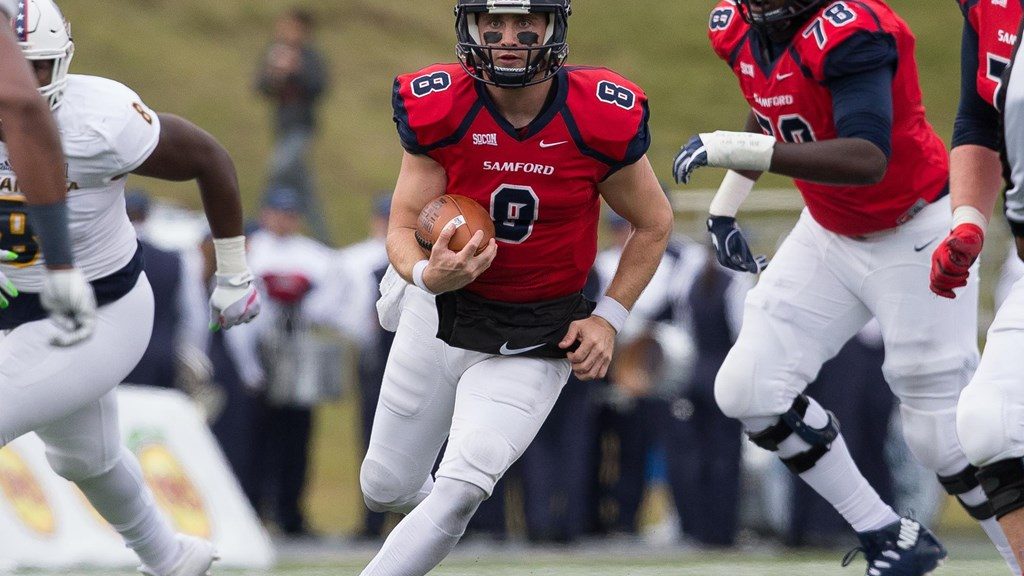 College Sports Journal announces their 2018 Fearless Prediction for the Order of finish of the Southern Conference.

CSJ picks Samford to win the SoCon this season, thanks to the powerful Bulldog offense that head coach Chris Hatcher returns in 2018.

Leading the Bulldog offense is Samford QB Devlin Hodges, who collected his second straight SoCon Offensive Player of the Year award at the conclusion of the 2017 season. The rising redshirt senior from Kimberley, Alabama, was named a second-team All-American by the AFCA and ranked third in the FCS with 3,983 passing yards and fifth with 31 touchdowns. Hodges was sixth in the FCS with 331.9 passing yards per game and led the nation with 28.92 completions per game. Overall, Hodges was 347-for-528 with just 11 interceptions on the season. He had a career game against Western Carolina on Sept. 23 of last season, throwing for 516 yards, the third-best mark in league history, and amassing 530 yards of total offense, the second-best single-game total in SoCon lore.