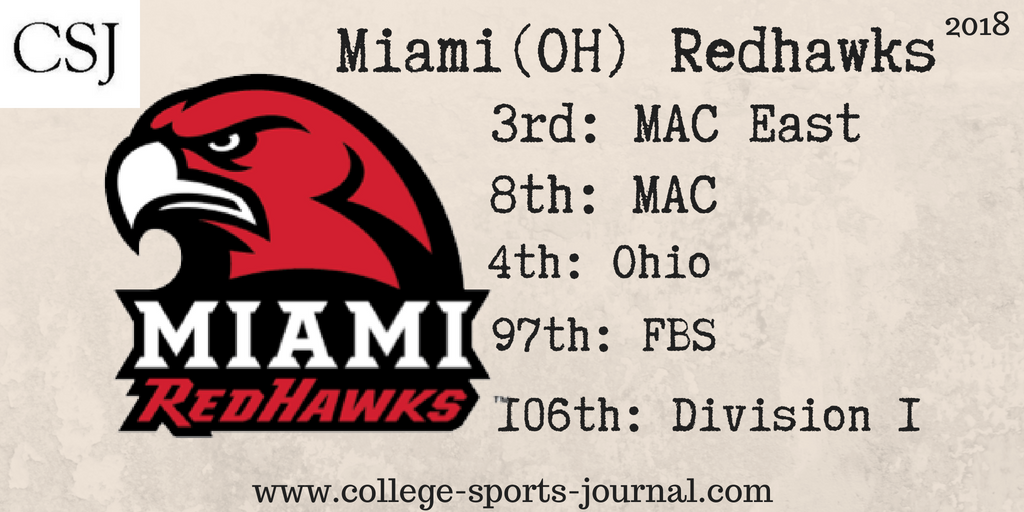 2017 In A Sentence: The RedHawks took a step back with a 5-7 record in 2017. after finishing 6-7 and a bowl bid in 2016- four of their losses were by five points or fewer and were the result of critical Miami mistakes late in the game.

Key Player: WR James Gardner was Miami’s lone first-team All-MAC representative after last season. The now-senior established career bests in receptions (47), yards (927), touchdowns (11) and yards per catch (19.7). His receiving yards rank 11th all-time in Miami football history, while his touchdowns (third) and yards per reception (fourth) also rank near the top of record books. He will likely need to up his game even further as he is the only starter back in Miami’s three receiver set.

Fearless Prediction: Miami kind of gets a do-over in 2018 as eight starters on each side of the ball and very well could have 15 of the 22 possible starting positions held by seniors. Having this kind of experience hopes to result in better results in the close games than was seen last year. Expect this to happen and the Redhawks will go bowling this year.