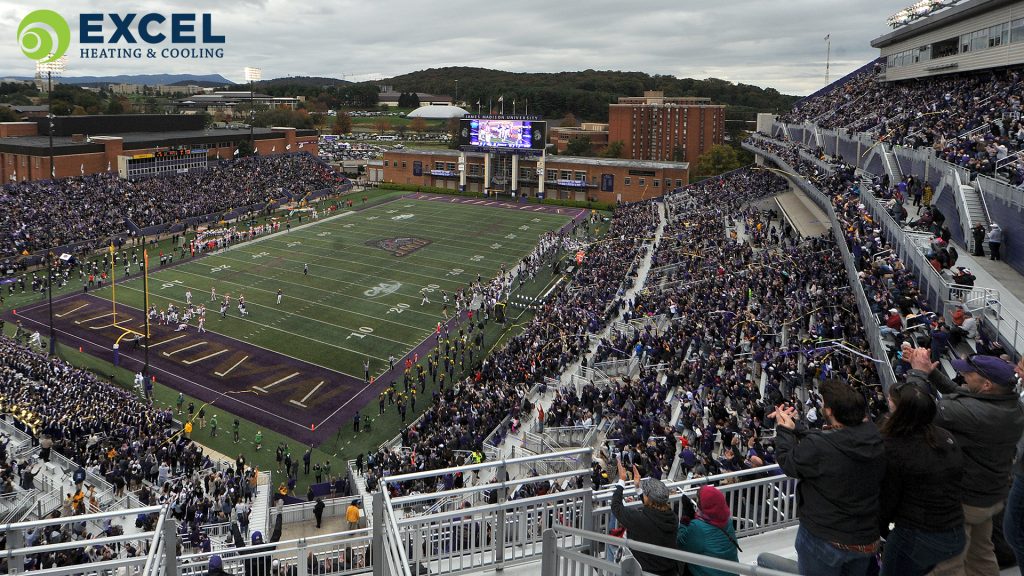 Season Recap: Delaware’s season started with a thud, losing to Rhode Island. After four weeks they were 4-4 and had questions after a loss at North Dakota State were they were not competitive at all.

The Blue Hens and Coach Danny Rocco stayed the course from there, including sticking with Pat Kehoe at quarterback.

Delaware took their week off after the loss to regroup and get things back on track. From there the Blue Hens rattled off five straight wins including defeating two eventual playoff teams: Elon and Towson.

Delaware stumbled in its last two games, losing to Stony Brook and Villanova to put themselves on the bubble.

To add insult to injury, the Hens fear that Pat Kehoe suffered a torn ACL that will keep him out of the playoffs. Nolan Henderson stepped in and played well against Villanova. But there is a big difference between Villanova and James Madison.

Playoff Ceiling: The best the Blue Hens can hope for is two wins. They wont beat North Dakota State in the Fargodome.

Key Player This week: LB Troy Reeder is going to have to be ready for a reinvigorated James Madison rushing attack. In last year’s matchup in Newark, James Madison ran for 254 yards in a 20-10 win. Reeder finished that game with 12 tackles and an interception. Reeder will not be intimidated by the James Madison team or Bridgeforth Stadium. If Reeder can get penetration at the line from his linebacker spot, and stack up the JMU rushers, the Blue Hens will force Ben DiNucci to throw, which could force mistakes.

Fantasy Bonus Baby This Week: WR Joe Walker played quarterback in the last three matchups against James Madison. He never had much success throwing the ball against the Dukes, but he has had some success in the run game. Walker moved to wide receiver this year, which could allow him to get the ball in spaces with room to run. He should be a target of whoever is playing quarterback for the Blue Hens this week. The Dukes then went on a tear, winning four straight games by a combined 174-17.

Even in the big wins, the Dukes still showed some signs of sputtering on offense, especially in the red zone. Those errors finally caught up to the James Madison offense in a 27-24 home loss to Elon.

The Dukes could not convert touchdowns in the red zone and never got the running game going behind a young offensive line.

The Dukes won the next two games before hitting rock bottom against New Hampshire. The Dukes turned the ball over six times and never got closer than 11 points after falling behind 21-3 early. There were a lot of questions about the Dukes offensive line and quarterback play.

In the last two games of the season, the Dukes offense bounced back in big, easy wins over Rhode Island and playoff bound Towson. When the dust settled, the Dukes did not receive a seed in the FCS playoffs, a slight that Coach Mike Houston called “highly disrespectful.” The Dukes host Delaware with a huge chip on their shoulder.

Playoff Floor: The Dukes should get by Delaware, but could fall to Colgate in the second round if the offense reverts to its middle of the season form.

Playoff Ceiling: James Madison will not be intimidated to go into the Fargodome to play the mighty Bison. The Dukes have the talent to win that game and make a run. But the most likely ceiling is a quarterfinal loss to the Bison.

Key Player This Week: QB Ben DiNucci has run the offense very effectively the last two weeks following his benching against New Hampshire. In the run-pass options, DiNucci made the right decisions on handing the ball off, running himself, or making the correct throw. If he can continue that this weekend, it will be a long day for the Delaware defense. When DiNucci is on, the James Madison offense is very difficult to stop. DiNucci is never one to shy away from his confidence, stating on Sunday that he would “hate to be anyone that has to play us.”

Fantasy Bonus Baby This Week : RB Trai Sharp had a great game against Towson running for 107 yards on 15 carries with a touchdown. Last year against Delaware, Sharp ran for 185 and a touchdown. The Dukes are going to look to run the ball down the Blue Hens throats with all of their weapons and Sharp is in line to have a huge day. 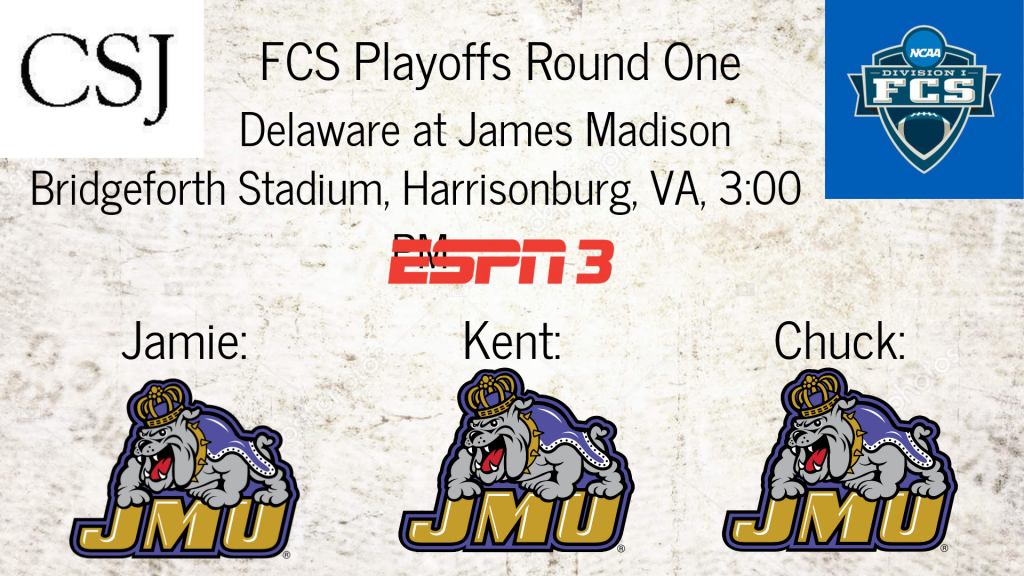 Kent: These two CAA foes did not meet in the regular season so these two could play in the opening round. JMU feels robbed from getting a playoff seed and will use that as motivation in this one. James Madison 35 Delaware 20

Chuck: I tried to see if there was a possibility that James Madison might come out flat after they felt like they were snubbed for a possible seed. Then I remembered that Mike Houston wakes up every single day and eats disrespect for breakfast. This is no spot for a weakened, hobbling Delaware team. Houston will try to beat the will of playing football out of the Blue Hens. James Madison 70, Delaware 6