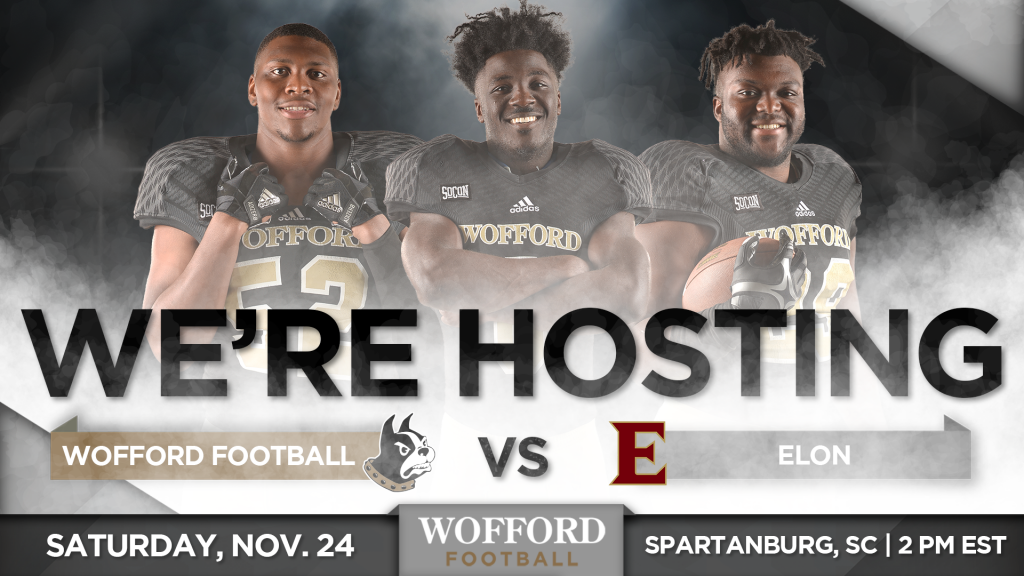 The biggest losses Elon suffered early in the season were not on the field.

First, its game against William & Mary was cancelled due to Hurricane Florence.

After the James Madison game, running back Malcolm Summers injured his hamstring and has not played since.

The next week against Delaware, the Phoenix suffered another major injury. Quarterback Davis Cheek tore his ACL, costing him the balance of the season as well.

The Phoenix lost that game to Delaware and it looked like their season may have slipped away.

Elon then rebounded with wins over Richmond and Rhode Island before dropping their last two games to find themselves on the playoff bubble. Luckily for the Phoenix, they were not punished for losing a game to hurricane cancellation and were awarded an at large berth to the playoffs. The difference between making the playoffs and missing was probably the Phoenix’s win against Furman early in the year.

Playoff Ceiling: If the Phoenix can get great outings from their rush defense, they could find themselves in a quarterfinal matchup with South Dakota State, but that’s where it would end for Elon.

Key Player This week: LB Warren Messer and the rest of the Elon defense know they have a tough task in front of them in this week’s opponent, Wofford. The Terriers boast an effective triple option offense that is hard to decipher and stop. If the Phoenix get through the Terriers, another triple option offense awaits in the next round, Kennesaw State. It will be imperative that Messer and his defensive teammates maintain their discipline and stay in their gaps. Triple option offenses take advantage of defensive overplays, which leads to big plays. Messer leads the Phoenix with 86 tackles. He also has ten tackles for loss. Chances are Messer is around 15 tackles this week. Whether they are at the line of scrimmage or at the second level will determine the level of success the Phoenix have this weekend.

Fantasy Bonus Baby This Week: RB Jaylan Thomas has filled in admirably since Malcolm Summers went down to injury. Thomas averages 7.3 yards per carry and has added four touchdowns over his 99 carries for 723 yards. With uncertainty at the quarterback position, Elon will lean on Thomas and the rest of their running game this weekend. The anticipated pace of this game seems like one where Thomas will get 25-30 carries and he could go over 150 yards rushing.

Season Recap: Wofford started their season 4-1 with their only loss a close, last minute loss at FBS Wyoming. Josh Conklin took over as the Terriers head coach after the retirement of head coach Mike Ayers after a 30 year career.

Despite the coaching change, Wofford continued to run their signature triple option offense.

The Terriers lost in conference to in–state rival Furman to slow their quick start to the season where the Terriers were a solid top ten team in all of the national polls.

Wofford also lost to Samford as the Bulldogs came out of their mid -season slump.

Wofford only threw the ball 167 times on the season with a completion rate of right at 60 percent. The Terrier quarterbacks threw 10 touchdowns but also threw 10 interceptions as well.

The Terriers only threw 20 passing in a game twice this season: against Furman and again against Samford; both of their conference losses.

When Wofford sticks to the run game that is where their success is found. Because of that, they have a hard time playing from behind. With only the two conference losses and a win over East Tennessee State, the Terriers were able to win the automatic bid to the FCS playoffs from the Southern Conference.

Playoff Floor: The Terriers will get a stiff test from a talented, but hurting Elon team. Wofford could lose this game

Playoff Ceiling: If the Terriers beat Elon, they will match up with their offense’s mirror image, Kennesaw State. With Kennesaw State having a clear talent advantage over Wofford, its difficult to see the Terriers advancing past the second round.

Key Player This Week: Joe Newman has the task of running the Wofford triple option offense. He has been shaky in the pass game, but does a good job distributing the ball to the other running backs or deciding to keep the ball himself. Elon runs a unique 3-3-5 stack offense, so it will be on Newman to read the linebackers and make the right decision with the ball. If he is asked to throw the ball, Newman cannot get careless. Elon has a strong attacking defense that can force turnovers.

Fantasy Bonus Baby This Week: RB Andre Stoddard is the lead back in the Terrier’s attack. Stoddard averages 14 carries and 87 yards per game. He also leads the Terriers in touchdowns with 11. With both teams wanting to control the clock with the run, Stoddard should see ample time with the ball in his hand. He should eclipse his average and get near 100 yards on the day. Stoddard will also score a key touchdown in this game. 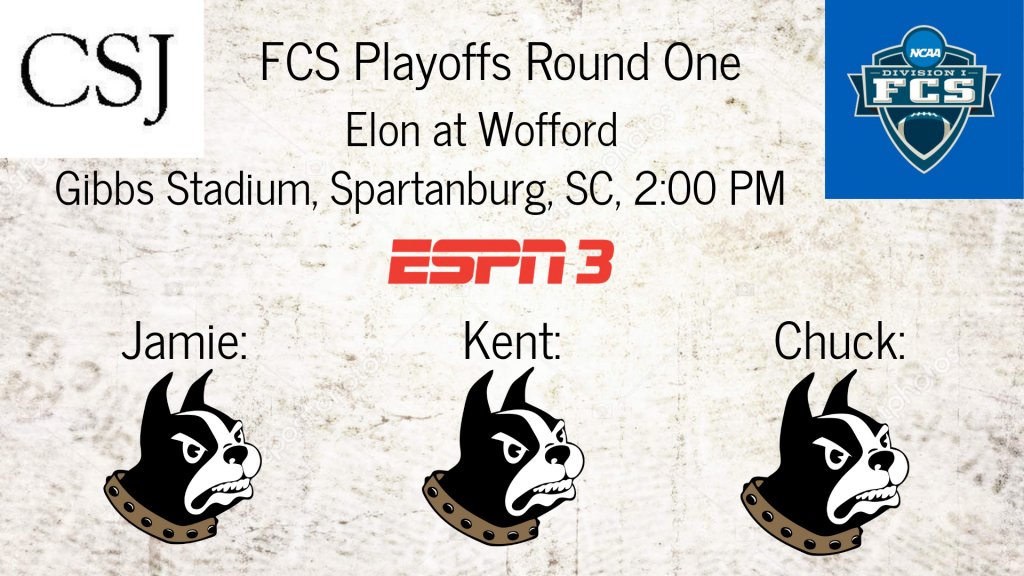 Jamie: Both teams want to control the clock and run the football. The team that can score multiple touchdowns will be the one to win this fierce battle. Wofford 14, Elon 13

Kent: The Terriers and its option offense will go against the Phoenix, who just narrowly got into the playoff field. Look for Elon’s stay to be short lived. Wofford 34 Elon 20

Chuck: Elon just got back from Maine, experiencing the Black Bears bruising defense and running attack in a narrow loss, and now have to turn around and prepare in four days for Wofford’s tricky triple-option offense. That seems like a bad combination. Wofford 31, Elon 3