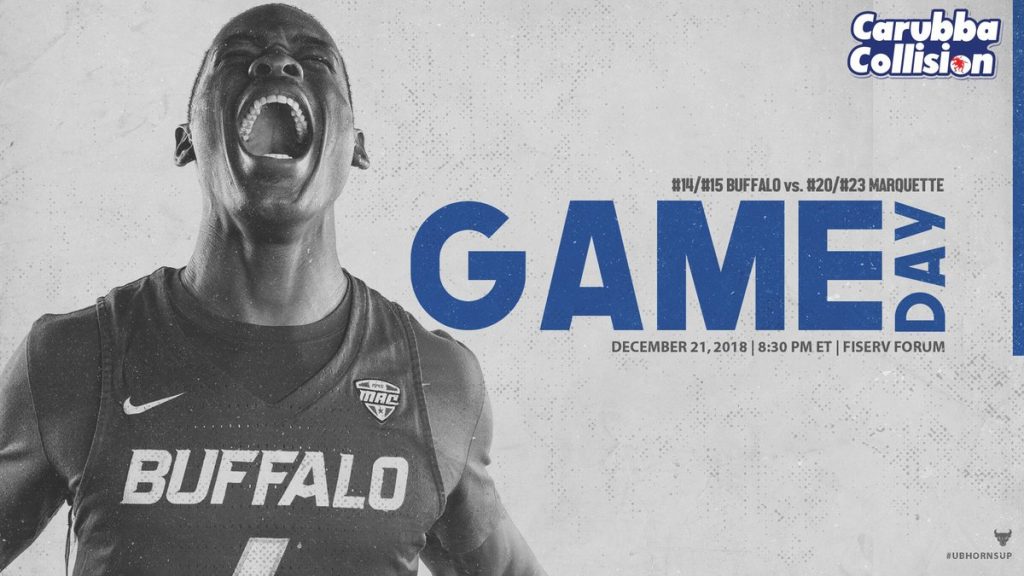 Coming off their first victory over Syracuse in 55 years, the Bulls look to enter Christmas break on a high note Friday night at Marquette. The Bulls have won 11 straight games to open the season as Buffalo is currently ranked 14th in the AP poll and #15 in the USA Today Coaches Poll.

For the first time in program history the Bulls will face a nationally-ranked opponent, while they are ranked themselves, Friday night when the Bulls head to #20 Marquette.

The Bulls defeated Syracuse 71-59 on Friday night. The 12-point win for the Bulls was largest by non-Power 5 team over Syracuse since David Robinson’s Navy team defeated the Orange 97-85 in the 1986 NCAA Tournament. Buffalo is the first MAC team to have started a season 11-0 since Toledo in the 2013-14 season when the Rockets were 12-0 to begin the year, a number the Bulls are gunning for Friday night.

Key Fantasy Player:The Bulls are a high-octane offense with four players that average double figures in scoring, but the real stat-sheet stuffer on this team remains G C.J. Massinberg. He had a game-high 25 points against Syracuse as he moved into fifth place on Buffalo’s all-time scoring list with 1,533 career points, which followed his amazing 41 point effort at West Virginia recently. He’s worth riding another week.

The Golden Eagles pulled away from North Dakota midway through the first half Tuesday night, claiming a 92-66 victory, the team’s sixth in a row. Marquette’s offensive attack was well rested after a 10-day break to focus on finals and the result was an impressive display.

The Golden Eagles posted season highs in field goal percentage (58.6) and field goals made (34) and connected on double-digit 3-pointers (11) for the fourth time. The team’s 92 points also matched a season best.

The team’s current winning streak matches the program’s longest since the 2015-16 campaign, when MU rattled off eight-straight decisions prior to the start of conference play. 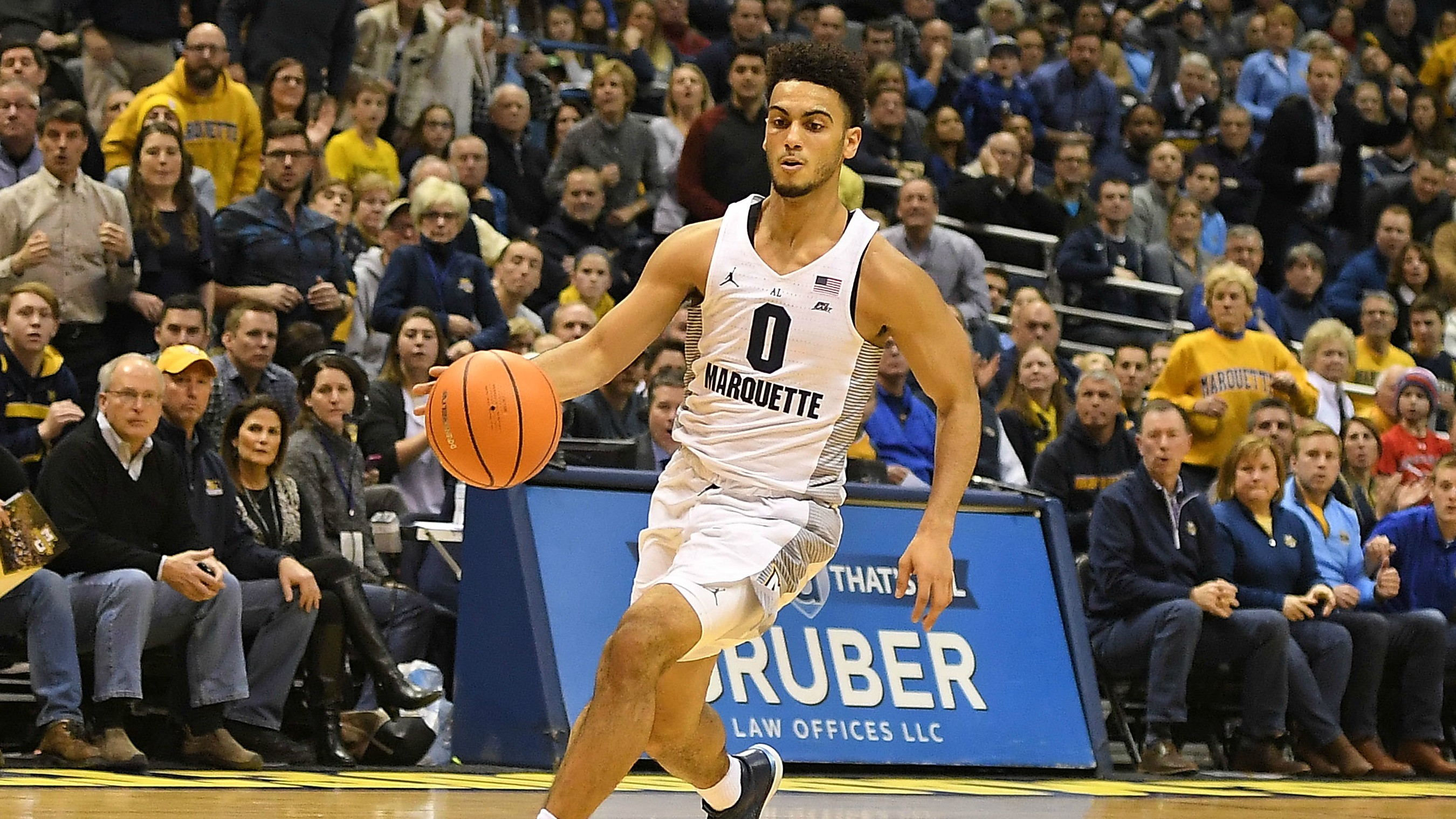 Key Fantasy Player: Over the course of the last six games, G Markus Howard leads the team with 26.2 points per game. He also leads the Golden Eagles in assists and is the steady upperclass presence that makes Marquette so dangerous.

The undefeated streak goes down tonight. Buffalo isn’t going to be an easy out, and it should be a shooting fest, but Howard and Marquette, well-rested in their own beds, should ultimately pull this out. Marquette 89, Buffalo 85