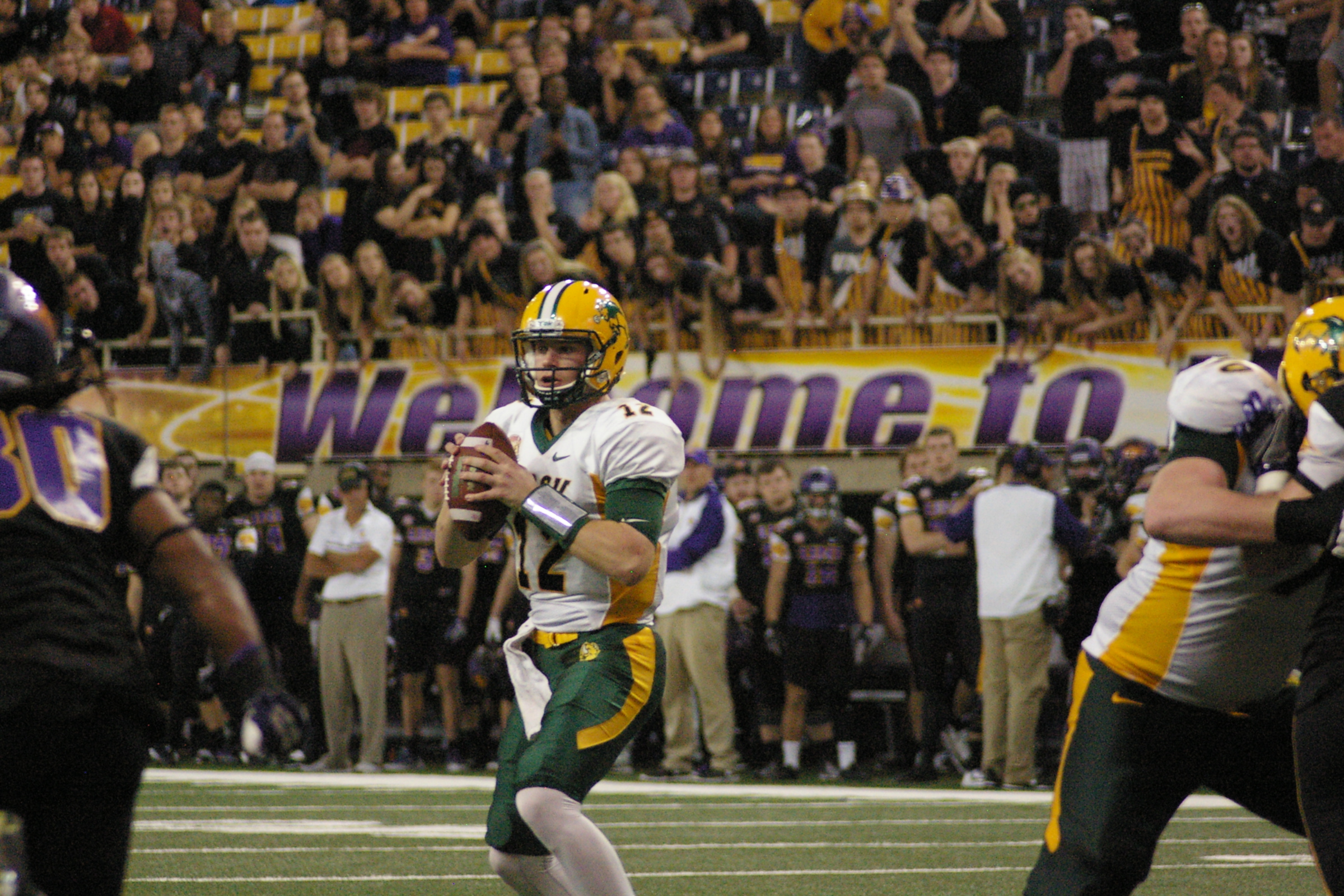 The game of this week in the MVFC is in Fargo with two of the top three schools tied atop of the standings when YSU visits NDSU. Both schools right now look comfortably in the field of 24 playoff field. The winner will have the inside track for at least a share of the conference title.

The other member of the trio at the top is SDSU. The Jacks are coming off a surprising road loss at Illinois State and this week has Missouri State coming in to Brookings.

The FCS playoff committee put NDSU in at the #4. I am sure that will be some motivation for the Bison but YSU will have something to say about this week’s result. YSU (15.5) and NDSU (18.4) have the top two scoring defenses in the Missouri Valley Football Conference, but this week also features the league’s top two rushing offenses and rushing defenses. YSU leads the league in rushing with 237.8 yards per game, while NDSU is holding opponents to 93.8 per game. NDSU is second in rushing with 223.4 yards per game, but YSU is allowing only 102.9.

This Week: at North Dakota State

The Penguins have rallied for fourth-quarter wins in each of their last three victories. YSU beat Illinois State 20-6 after trailing 6-3 in the fourth, the Penguins beat UNI 14-10 after trailing 10-0 in the final period and last week against Indiana State the Guins overcame a 10-6 deficit to win 13-10. While the comebacks have been ones to remember, YSU had three different quarterbacks play in the fourth quarters of those games. (Ricky Davis vs. Illinois State, Nathan Mays vs. UNI and Hunter Wells vs. Indiana State).

Last Week: Lost to Illinois State 38-21 on the road

This Week: vs. Missouri State

South Dakota State started the year 4-0 in MVFC play before falling at Illinois State last week. A league team has started conference play with a 4-0 record on 34 occasions. All but one of the previous 33 (Western Kentucky in 2005) finished second or better in the league standings. Twenty seven of the 33 with 4-0 or better starts earned playoff berths, while 24 won the league title.

This Week: vs. Illinois State

Coyote quarterback Chris Streveler accounted for 480 yards of total offense last week after missing the prior three halves of the season due to a head injury. He passed for a career-high 378 yards and became the program’s first 300-yard passer since 2013. His efforts were not quite enough to win against WIU, however, as USD lost in the last minute to WIU.

This Week: at Indiana State

The Panthers went to sophomore quarterback Eli Dunne last week to start his second game but UNI couldn’t muster up enough offense in the four point loss. UNI likely is out of the playoff chase now as it travels to Indiana State this week.

Last Week: Lost to Youngstown State 13-10 on the road

The Sycamores started the game against YSU up 10-0 but gave the next 13 points to the Penguins to lose by a field goal margin. This loss also likely eliminated Indiana State from playoff consideration.

This Week: at South Dakota State

The Bears broke a three game losing streak in the come from behind win against SIU. Now the Bears get a hungry SDSU team on the road, which might get ugly.

This Week: at Western Illinois

For the second time this season, a Redbird defender took an interception the other way for a touchdown when La’Darius Newbold put his name on the scoresheet against the Jackrabbits. Newbold snagged the Taryn Christion pass and ran 92 yards up the sideline to ice the game for the Redbirds and give them the win over the highly ranked Jackrabbits.

Last Week: Lost to Missouri State 38-35 on the road

SIU looked like it would get its first conference win after leading MSU early. SIU, however, allowed Missouri State to score 10 points in the final 3:21, including the game-winning field goal with 10 seconds left in the game to fall again. Now, SIU travels to USD to try to get in the MVFC win column.