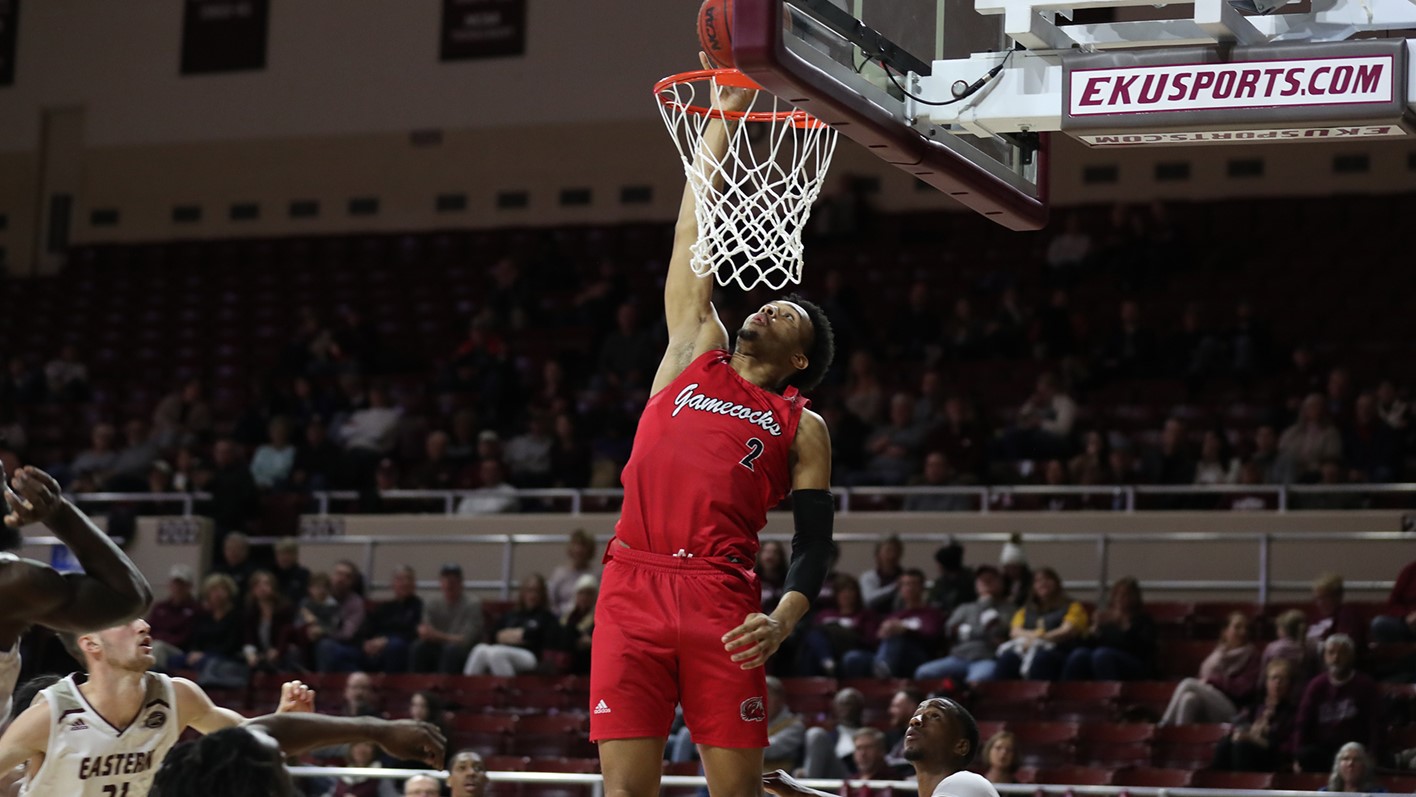 Belmont, the preseason favorite to win the Ohio Valley Conference men’s basketball title, kicked off the conference season with a double-digit loss to Southern Illinois-Edwardsville while splitting the first two games on OVC play.

But don’t feel too sorry for the Bruins. They will probably still be in the hunt throughout the regular season.

Belmont opened the season with a 79-72 loss on the road at Illinois State. They Bruins rebounded by winning their next four games before dropping consecutive games on the road at Saint Louis (60-55) and Eastern Washington (87-82) before reeling off four more wins in a row to improve to 8-3 on the season.

Alabama interrupted that streak by dealing the Bruins a 92-72 loss on Dec. 21 in a game played in Huntsville, Ala. Belmont closed the 2019 portion of the schedule with a 79-62 win over Western Kentucky before dropping its OVC opener to the Cougars.

Murray State and Austin Peay, who were picked to finish second and third, respectively, fared a tad better on the opening weekend as both swept their league opponents.

The Racers defeated UT Martin 89-76 in their conference opener on Jan. 2 and cruised past Southeast Missouri 81-59 two nights later to improve to 9-5 on the season.

Murray State has faced just one traditional power on the season as Tennessee handed the Racers an 82-63 setback earlier this season. They have also lost by double digits to La Salle (75-64) and Drake (63-53). The other two losses have been to Missouri State (71-69) and Evansville (78-76). Drake, Missouri State and Evansville are all members of the Missouri Valley Conference.

Austin Peay, meanwhile, swept past the same pair of foes. The Govs downed SEMO 78-63 before securing an 82-63 triumph over the Skyhawks.

Austin Peay is 8-7 on the season heading into Thursday’s OVC clash at Tennessee Tech. The Governors have lost four games against top schools. They lost 90-72 to in-state foe Vanderbilt on Nov. 20 before losing three games in December to Arkansas (69-61), West Virginia (84-53) and Georgia (78-48) before beginning conference play against the Redhawks last week.

Jacksonville State also opened conference play with a pair of wins to share the top spot in the league standings heading into this week’s slate of games.

The Gamecocks, who are 7-8 on the season, lost earlier this season to Purdue 81-49, but are on a three-game winning streak heading into Thursday’s tilt at home against Murray State. JSU plays Austin Peay on Saturday. MURRAY STATE: The Racers are being led by a trio of players who are averaging in double digits in scoring this season. Sharp-shooting guard Tevin Brown (6-5, So.) is pouring in 16.9 points per game this season. He has connected on 41 of 91 3-point attempts to aid in his scoring output.

A multi-faceted player, Brown is also averaging 5.4 rebounds per game and is tops on the team in steals with 16 and ranks second with 44 assists on the season.

That trio of standouts has also combined for 19 blocked shots on the young season.

JACKSONVILLE STATE: Jacksonville State has just two players averaging in double figures in scoring so far this season. Guard De’Torrion Ware (6-4, So.) leads the way with 11.9 points per game, along with a team-high 6.2 rebounds per game. Teammate Jacarra Cross (6-8, Sr.) is right behind with 11.7 points and 4.6 rebounds per contest.

Despite its sub-.500 record so far this season, the Gamecocks are outscoring the opposition by 5.5 points per game.

AUSTIN PEAY: The Governors have one of the most electrifying players in the Ohio Valley Conference in the form of Terry Taylor (6-5, Jr.), who can play either guard or forward as the need arises. The standout is averaging 23.6 points, including 27.0 points per game in OVC play, and 9.2 rebounds per game so far this season. Taylor has connected on 144 of 248 field goal attempts (.581) this season. He also averages 9.2 rebounds per contest, and has a total of 55 offensive boards already in 2019-20.

Jordyn Adams (6-3, Fr.), a guard, is the only other AP player in double figures in scoring. He has 15.6 points per game this season and chips in with 3.8 rebounds per contest.

Check out our full Mid-Major Sagarin Ratings for this week here.