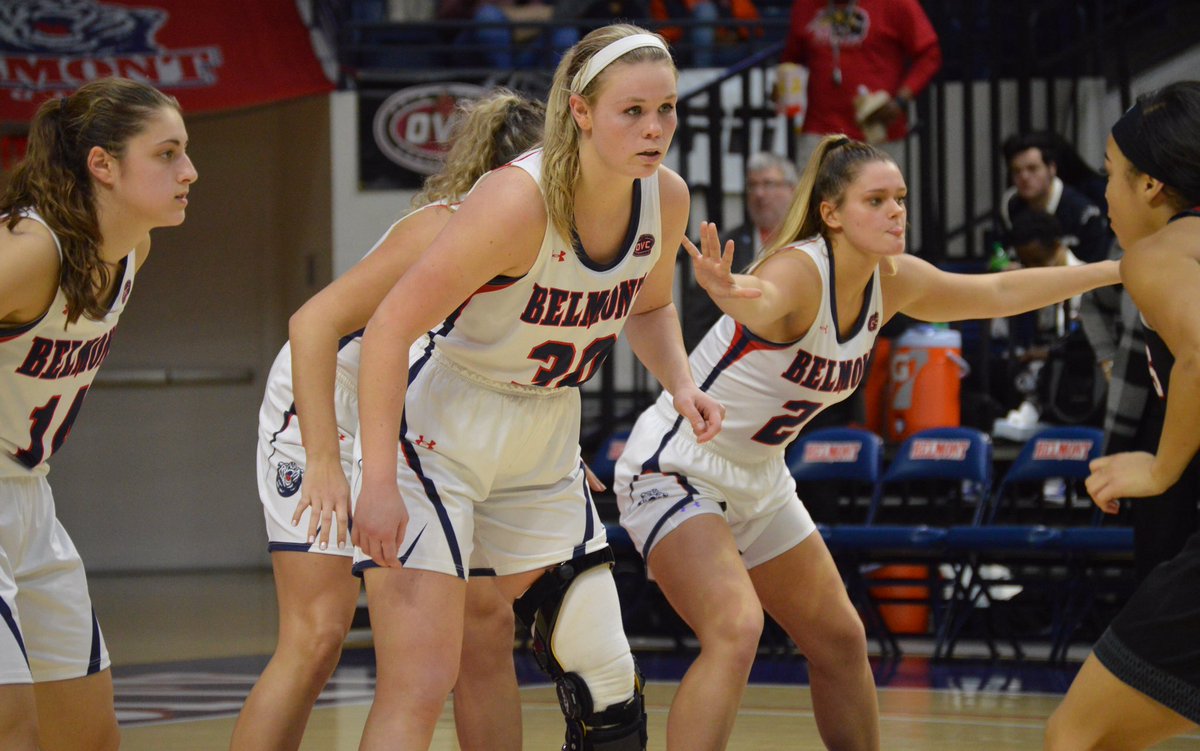 The preseason favorites in the Ohio Valley Conference are beginning to distinguish themselves from the rest of the pack as the top three teams in the poll at the start of the season opened conference play with a pair of wins.

Belmont, the top pick in the preseason poll, opened the season with a 69-49 win over SIU-Edwardsville on Jan. 2 and raced past Eastern Illinois 69-45 two nights later. The wins improved the Bruins to 7-6 on the season.

Three of those losses have come against nationally ranked Arkansas (91-60) and Maryland (90-26). Virginia Tech also handed Belmont a 60-58 setback earlier this season before the Bruins dropped a 53-51 decision to Marquette before opening conference play. Western Kentucky and Toledo also own triumphs over Belmont this season.

The Bruins have advanced to the NCAA tournament each of the past four seasons.

UT-Martin, which was picked second in the preseason poll, opened conference play by defeating Murray State 89-64 and Austin Peay 69-61. The Skyhawks are 6-7 overall this season and have four losses against ranked foes. No. 10 Mississippi State defeated UT Martin 82-46 in the third game of the season and No. 23 Gonzaga dealt the Skyhawks a 78-55 setback just three days later.

Louisville and Arkansas have also picked up wins against the Skyhawks. The Cardinals, ranked sixth at the time, needed overtime to defeat UT Martin 71-63 on Dec. 19 and the Razorbacks crushed the Skyhawks 96-46 on Dec. 29 as UT Martin closed out 2019 before opening OVC play against the Racers.

Other losses have been against Saint Louis (56-50), Illinois State (70-47) and Southern Illinois (70-59). Six of the seven losses have come on the road as the loss against Louisville was the only home contest that has not gone the way of the Skyhawks.

The Golden Eagles were tabbed third in the preseason poll but will take a five-game winning streak into Thursday’s OVC clash at home against Austin Peay.

Tech began the season with a pair of wins over Cumberland (88-57) and Louisiana-Monroe (75-68) before falling to Southern Illinois (65-65) and Middle Tennessee (64-58) to even its record at 2-2. The Golden Eagles split a pair of games at the South Point Thanksgiving Shootout in Las Vegas. They lost to Northern Illinois 82-74) in the first game of that tournament before knocking off Detroit 69-47 the following day.

Tech’s only other loss this season has come at the hands of SEC-member Vanderbilt, which toppled the Golden Eagles 75-61 on Dec. 5. The current five-game win streak began with a win at Western Carolina (62-58) before defeating Lipscomb (78-58) and Tennessee Wesleyan (94-45) before beginning conference play last weekend.

BELMONT: The Belmont offense seems to be centered around talented forward Ellie Harmeyer (6-0, Sr.) who is averaging 17.2 points and 11 rebounds per game this season and is the lone Bruin scoring in double digits on the year. She has started all 13 games and is playing more than 31 minutes per contest. Harmeyer is shooting 47 percent (71-151) from the floor and has 33 offensive rebounds as part of her 143 total rebounds this season.

Maura Muensterman (6-0, Sr.) runs the Redhawk offense from her guard position. She is averaging just 8.7 points per game, second on the team behind Harmeyer, but tops the team with 31 assists and 11 steals.

SE MISSOURI: The Redhawks are led by a trio of talented guards who are all averaging in double figures in scoring so far this season. Carrie Shephard, a redshirt senior, paces the team with 18.4 points per game, including 43 3-pointers already this season. She is also making her mark in other areas with 41 assists and 23 steals, which ranks her second in each category. She also grabs 3.3 rebounds per game despite standing just five-feet, four-inches tall.

Tesia Thompson (5-10, Jr.) is scoring at a 15.9 points per game clip for SEMO and averages a team-high 9.7 rebounds per game in the nine games she has played this season. Teammate Taelour Pruitt (5-6, So.), the third of the dynamic trio of guards, is scoring 11 points and 3.8 rebounds per game. Her 46 assists and 24 steals are both tops on the team this season.

UT MARTIN: The Skyhawks have two players scoring in double figures this season. Chelsey Perry (6-2, Jr.), a forward, leads the way with 19.6 points per game, including 22 3-pointers already made this season. She also tops the team charts in blocks with 34 and steals (22).

Damiah Griffin (6-0, RS, So.) is averaging 12 points and 5.5 rebounds per game this season and ranks second on the team with 19 steals.