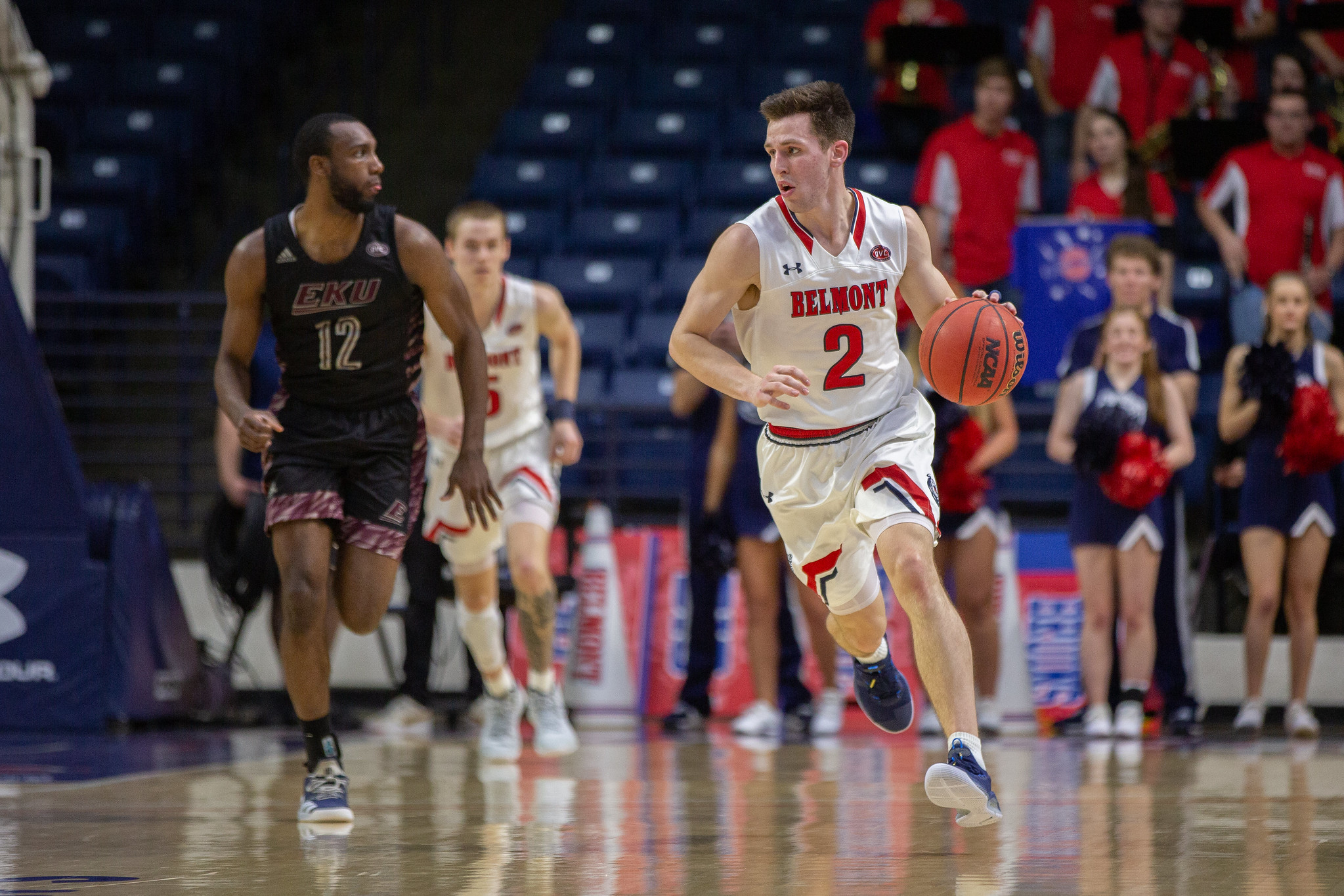 Murray State and Austin Peay continue to lead the way in the Ohio Valley Conference as the Racers and Governors both swept a pair of games last week to improve to 4-0 in conference play.

Belmont, Tennessee State, Morehead State and Eastern Kentucky have all lost just once in four league games so far this season and are all tied for second place in the OVC with 3-1 records. Jacksonville State (2-2) is seventh while UT Martin and SIU-Edwardsville share the eighth spot it 1-3 league marks. Eastern Illinois, Southeast Missouri and Tennessee Tech remain winless with 0-4 conference records.

Austin Peay’s Terry Taylor averaged 20.5 points, 10.5 rebounds and two assists in the Govs’ two games last week and was selected as the OVC Player of the Week for his performances against the Golden Eagles and Gamecocks.

Taylor began the week with 27 points and 12 rebounds against TTU. Along the way he grabbed his 300th career offensive rebound and became the ninth player in school history to reach 600 field goals in his career. He is one of 13 active Division 1 players with 1,500 points and 700 rebounds in his career. Morehead State and Belmont both get a chance to stay within striking distance of league leaders Murray State and Austin Peay. Or they can fall off the pace and make things difficult for themselves heading into the second half of the conference schedule

MOREHEAD STATE EAGLES: Morehead State is riding a three-game winning streak since falling to Jacksonville State 76-72 in the conference opener. Since then the Eagles have slipped past Tennessee Tech (83-72), SIU-Edwardsville (83-77) and Eastern Illinois (69-66).

They are led by a trio of guards who are all averaging in double figures in scoring. Jordan Walker (6-0, Sr.) leads that trio with 13.4 points per game while adding 3.4 rebounds per outing. Teammates Djimon Henson (6-3, Sr.) and Justin Thomas (5-11, RS, Jr.) are averaging 10.5 and 10.1 points per game, respectively, for the Eagles this season. Henson is contributing 3.5 rebounds per game, while Thomas is grabbing 5.8 boards per game and ranks second on the team in that category.

BELMONT BRUINS: Like Morehead State, Belmont begins the week on a three-game conference winning streak. The Bruins fell to SIU-Edwardsville 79-69 to begin the league season, but has downed Eastern Illinois (87-55), Southeast Missouri (89-64) and UT Martin (85-78) since that time.

And like the Eagles, Belmont has three players scoring in double figures. Guard Adam Kunkel (6-3, So.) tops the team with 17.2 points per game and is chipping in with 2.2 rebounds per game for the Bruins. He has also record 36 assists and 15 steals on the season heading into Thursday’s game at home against Eastern Kentucky.

Tyler Scanlon (6-7, Grad.) is the third Bruin in double digits. He is averaging 12.1 points and 5.3 rebounds this season. He is also tops on the team with 105 assists and the year and has 36 steals.

Check out our full Mid-Major Sagarin Ratings for this week here.