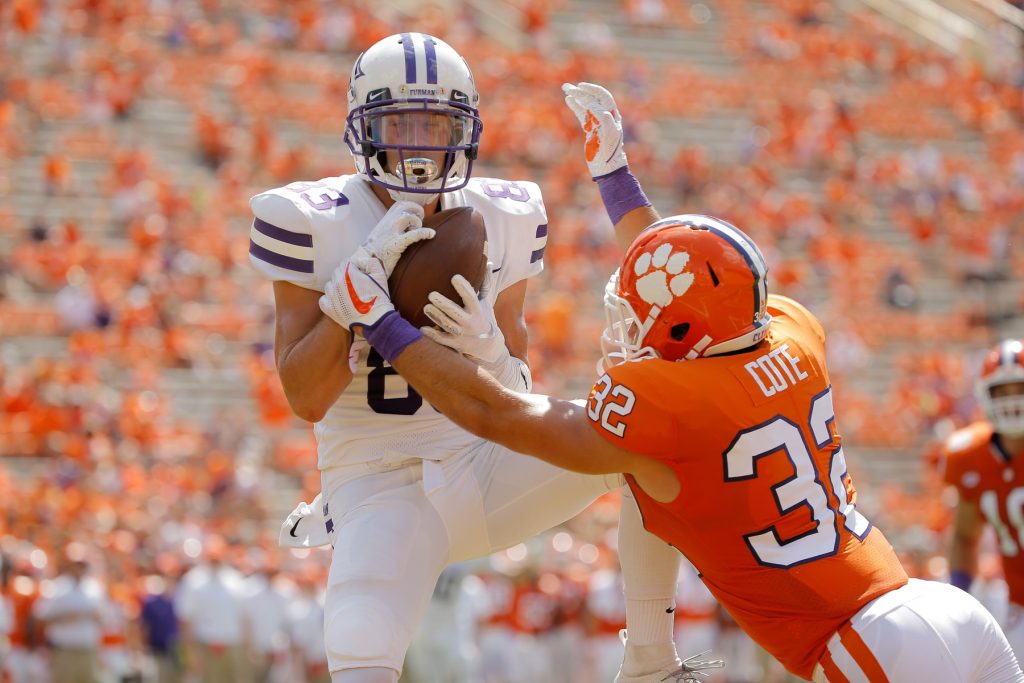 Furman returned to the playoffs in 2017 after a 4 year absence where they defeated this week’s opponent, Elon, in the first round. The Paladins lost to FBS Clemson on opening weekend but that result will have little bearing on their final fate. The season starts this week for Furman.

Key Player: WR Thomas Gordon is the only top player returning from the 2017 Furman team that defeated Elon in the first round of the playoffs. Against Clemson, Gordon caught only one ball for 16 yards. He caught 4 balls for 60 yards in the playoff win over Elon, and will need to duplicate or better that number this week for the Paladins to have success.

Fantasy Bonus Baby: RB Deon Sanders, no not Prime Time, is listed as the second or third running back on the Paladins depth chart. Against Clemson, Sanders showed a little bit of pop with a 45 yard run. He should be able to break at least one long run against Elon this week and may even find the end zone.

Elon is looking to make the jump from surprise playoff team to serious contender in 2018. Like Furman, the Phoenix will wipe their opening week loss to FCS South Florida from memory and move on to the FCS portion of the schedule. Elon will want to get some measure of revenge on the Paladins for knocking them out of the playoffs in 2017.

Key Player: RB Malcolm Summers got 15 carries against South Florida in his first action since being injured mid-way through the 2017 season. Before his injury, Summers was in the conversation as the best back in the CAA. He should get plenty of carries against Furman to help open up the passing offense for Elon.

Fantasy Bonus Baby: QB Davis Cheek did not have a great game against South Florida completing just 5 of 11 passes for 45 yards and two touchdowns. Cheek will have much better results this week against Furman. If Elon can establish the running game with Summers, Cheek should be able to throw for a couple touchdowns and settle in around 250 yards passing by the end of the game.

Fearless Prediction: This is a really important game for both teams. It may come down to who makes the playoffs or gets a home game in the playoffs. I expect a crisp game from both sides. Furman won 28-27 when Elon missed an extra point. The result goes the other way this week, Elon 34, Furman 21