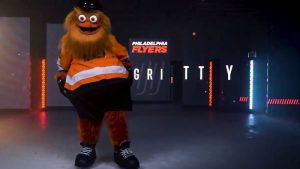 This week, the NHL’s Philadelphia Flyers unveiled their “mistaken on so many levels” mascot named “Gritty”. A bug-eyed, orange psycho Muppet that is named after America’s least-favorite sportswriter adjective, it’s not abundantly clear if it’s just a misfire on every conceivable level, or whether Philadelphia Flyers fans will embrace his unloveable demeanor in a “so bad, it’s actually good” way.

In some ways, my FCS Playoff picks are similar. They might seem like a good idea in September, but when the games really start to count they might start to age like, well, “Gritty” during a long Flyers losing streak.

Like Gritty, however, I will not be deterred from making my projections for the FCS Playoffs this week, a week where a team sharing Gritty’s colors put in an unloveable appearance of their own to fall out of my FCS Playoff prediction and a more loveable Cowboy underdog rises in their place in the prognostications.

As I mentioned last week, my methodology is one of pure guts and eyeball tests. No math will be involved, I promise. And this week, it’s “Gritty.”

The Black Bears’ 2-1 start is pretty remarkable, and the road ahead in the brutal CAA is, as always tricky, but as of right now they seem the best poised to make it through the gauntlet and get that final seed.