Skip to content
HomeCollege Sports JournalNCAA Division I SportsFCS FootballFCS Playoffs ‘Til I Die: Taking a Week Off? 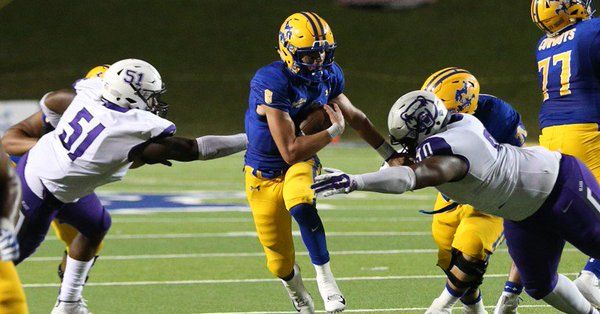 Most weeks, it seems, I need to rip up by bracket and start over, because of all the upsets and outcomes I failed to pick correctly.

Then there are weeks like last week, where Wofford takes care of business against Mercer, North Dakota State and Colgate keep winning and, well, Elon didn’t do anything wrong during their bye week.

It makes this week… calmer, more relaxed.  More cut-and-paste and less checking of Google Maps because Jacksonville State has dropped from seeded team to 1st round host.

It’s always nice when you don’t have to change your seedings from last week to this week.  All my teams from last week either won or were on a bye week, so, cut and paste.

To me, it feels like there’s a pretty deserving SoCon or Southland team right not on the outside looking in.  Central Arkansas might have played themselves right onto the bubble with their loss this week.