Remember when I had Villanova as a seed? Good times.

Harken back to when I had Delaware in my field? Yes, way back when – last week.

Do you recall the time that I had more than two Southland teams in my bracket? It’s so long ago, why, when it happened, North Dakota State and South Dakota State were getting ready to play for the Dakota Marker trophy.

Every week, we get more clarity into the FCS Playoff field. Though nothing is set in stone yet in terms of autobids – I mean, I suppose James Madison could lose the rest of their games and qualify as an at-large team – there are some things we do know. Like, North Dakota State is – stop me if you’ve heard this – really good.

As the season rolls on, we live and die with the FCS Playoffs. Though we tear up our bad picks every week, we come back, getting just a bit closer. 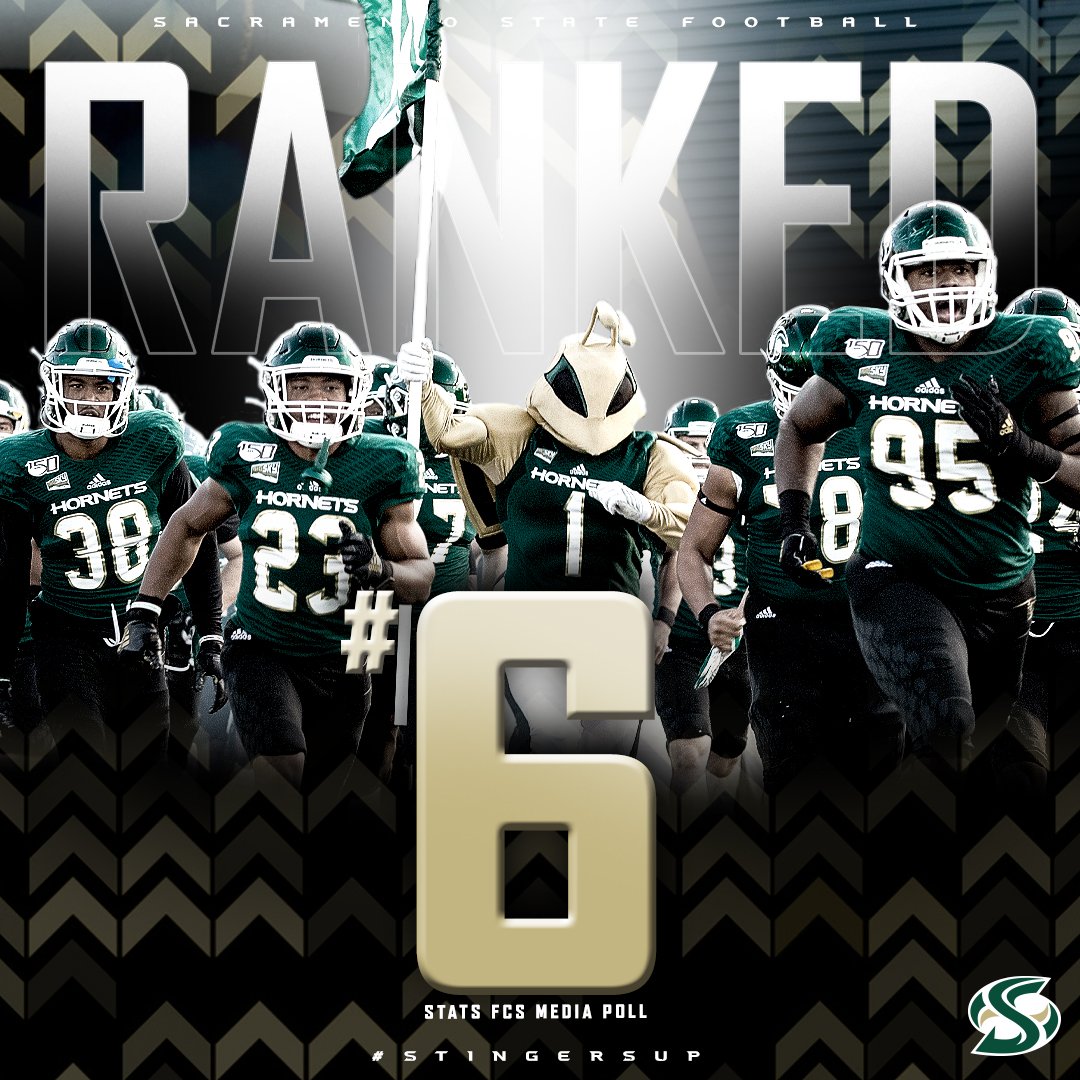 Folks keep looking at Sacramento State (6-2, 4-0) and keep looking to see if this is the week they come back to earth. The funny thing is – they’re not. Last week, they took care of business against Cal Poly, setting up the best-ever game of #BigSkyAfterDark ever when the Hornets take on 6-2 (4-0) Weber State in a game that will have a championship feel. The winner of this weekend’s game will have a huge leg up on the Big Sky title, autobid, and a probable seed. If defense wins championships, give me Weber State.

7-1 (3-0) Kennesaw State simply keep rolling through the Big South, though the perennial questions about “what would happen to Kennesaw State if they played against a halfway-decent FCS team” remain unanswered. To win the Big South, they’ll have to knock out two very good FCS teams in the next month in 6-1 (3-0) Campbell and 6-2 (3-0) Monmouth. The battle between the Owls and Hawks takes place this weekend in Georgia.

I’m not exactly sure about what fans of 8-1 (5-0) James Madison have to complain about – I mean, with all the winning, the fact that they are the only CAA team without a conference loss, and, of course, all the winning. The Dukes can clinch in two weeks if they beat 4-3 (3-1) New Hampshire in two weeks – one of the few teams with a chance to catch JMU – and 4-4 (3-1) Richmond and 5-3 (3-1) Albany both lose this week. That would put every team in the CAA not named after the fourth President of the United States having at least two conference losses to the Dukes’ zero.

8-0 (4-0) North Dakota State, has beaten all the one-loss Missouri Valley teams that could catch them (Illinois State, Northern Iowa, and South Dakota State). Technically, it’s not official, but if engravers want to get a head start, the conference trophy is in Patty Viverito’s office (the commissioner). 7-1 (3-0) Central Connecticut State has not stumbled against the weaker teams of the NEC, and have set up some potentially meaningful games in November, where contests against 5-2 (3-0) Duquesne and surprising 4-4 (3-0) Robert Morris await. A tricky game against Wagner, however, occurs this weekend.

Who will win the OVC? Your guess is as probably good as mine, with four teams with one conference loss (UT Martin, Austin Peay, Eastern Kentucky, Southeast Missouri State) and, looming with two conference losses, Jacksonville State, who need some help to win the OVC autobid if they win out but could very well get it, with a bunch of games left where the one-loss teams play each other. When you look at the upcoming schedules, 5-3 (3-1) Southeast Missouri State seems like the team best poised to emerge from the rubble, playing 3 OVC teams that are not contending for the title and hosting Eastern Kentucky.

4-4 (2-0) Holy Cross and 4-3 (3-0) Lehigh face off this weekend, and the winner will be the only remaining undefeated team in Patriot League play. That fact will make for a fun weekend at Murray Goodman Stadium, with a game on Stadium Network that should have a championship feel. Right now, Sagarin favors Holy Cross to prevail.

5-2 (4-0) San Diego won a big game against Dayton this weekend, putting the Toreros tied atop the Pioneer standings with 4-3 (4-0) Drake. As luck may have it, San Diego playes Drake this weekend, and the winner will most likely, barring a late-season collapse, be the PFL champions and receiver of the autobid. (Patty Viverito can have the PFL engravers come in after they’re done with North Dakota State’s trophy.)

Let’s get this out of the way now: Wofford will lose this weekend to Clemson. Assuming the 5-2 (4-1) Terriers leave Memorial Stadium with pride and no injuries, they’ll be extremely interested to see the results of the Furman/Chattanooga game, both teams with one conference loss. If that’s Chattanooga, that helps Wofford a lot as the Terriers beat the Mocs already. It’s still a messy situation, but Wofford can clarify things a lot if they win every game after this weekend.

Where to begin? Probably through process of elimination, 6-2 (4-1) Central Arkansas has to be considered the “frontrunner” if you can consider any team in this soup of hovering-around-.500 teams really a frontrunner of anything. In fact, you have to wonder whether the Southland will end up as a autobid-only conference with all the wacky results and .500 teams. If 5-4 (4-2) Sam Houston State runs the table, they might sneak in as the last team, but is the committee really going to give any Southland team, including the Bearkats, the benefit of the doubt if they are 6-5 or 7-5?

In our projections, we have North Carolina A&T doing what needs to be done to make the Celebration Bowl, with South Carolina State a close second. That’s why the Bulldogs have our last at-large spot.