Austin Peay. Furman. Montana. Nicholls. All teams I seriously considered to pick as seeds in last week’s playoff bracket. All teams who lost.

Though the teams on the top of the FCS keep winning – looking at you, North Dakota State, James Madison, South Dakota State and Weber State – after those playoff teams, the rest of the possible playoff field suffered a major shakeup.

As of right now, the FCS Playoff field feels like the show “Who’s Line Is It Anyway”, where the picks are just random improvisations of things that end up not making any sense. Nonetheless, we’ll keep pressing on, trying to figure out some version of truth.

Below, find answers to your burning FCS playoff questions. Like, can a three-loss Southland team win the autobid? San Diego, or Dayton? Is this the week that we have to start talking about the MEAC? Is there a new sheriff in town in the Patriot League? And most important of all, who the heck do you pick to win the OVC?

Fortunately, we live and die with the FCS Playoffs. We’ll do our best to help.

About the only thing you can say for sure is that there is going to be a whole lot of terrific football coming up in the Big Sky in the title race. Surprising Sacramento State (5-2, 3-0) and steady Weber State (5-2, 3-0) currently lead the pack – and face off against each other in two weeks. But they can’t look too far ahead – the Hornets play rival Cal Poly (2-5, 1-2) this week and the Wildcats make a tricky trip to UC Davis (4-4, 2-1) who still hold out hope of getting back into the title hunt. For now – and I don’t exactly feel too confident about this – let’s keep Weber State in this spot because they have a modestly easier schedule than the Hornets. 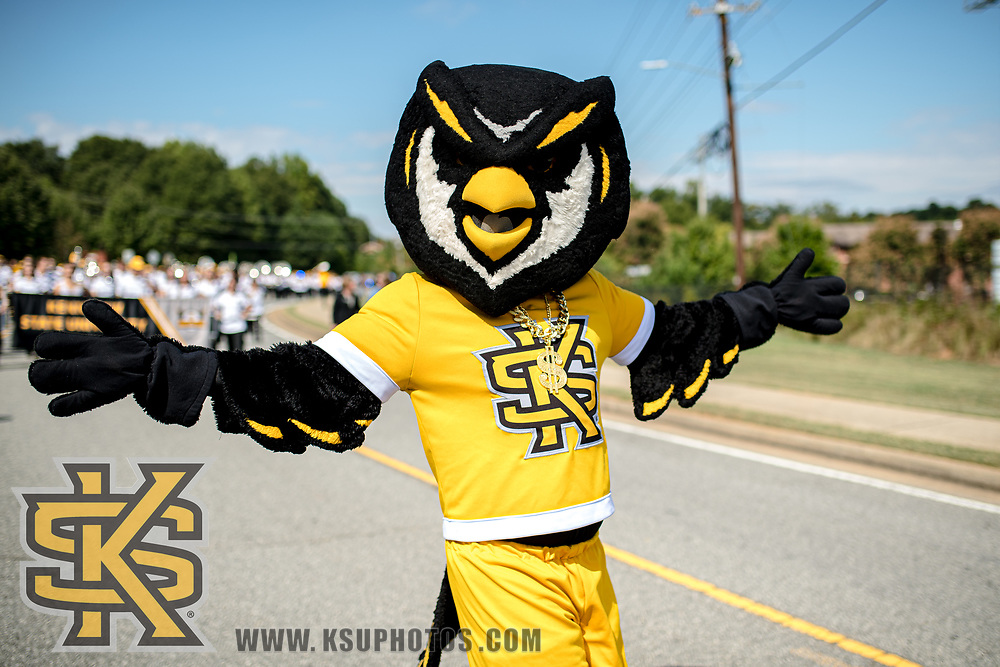 Is it time to talk about a seed for 6-1 (2-0) Kennesaw State? The Owls keep doing what they’re supposed to do, which in last week’s case was crush Presbyterian 55-10, and the teams above Kennesaw State keep knocking themselves around. It would be foolhardy to crown them yet – arguably their toughest games remain against 5-2 (2-0) Monmouth and 5-1 (2-0) Campbell – but for now, they win the Big South and get a look for a seed.

6-1 (2-0) Central Connecticut State keeps winning, and seem likely to until November, where 4-2 (2-0) Duquesne and surprising 3-4 (2-0) Robert Morris loom as possible teams to trip them up and poach the autobid.

If you look at the current numbers, UT Martin (5-2, 4-0) sits on top of the OVC at the moment. However, they have a brutal stretch of games ahead against two definite OVC title contenders in Austin Peay (4-3, 2-1) and Southeast Missouri State (4-3, 2-1), a team that has spent time in the Top 25 this year in Jacksonville State (5-3, 2-2) and an FBS team to close out the season (Kentucky). I’m going to go out on a limb and say Southeast Missouri State is the team that is going to emerge from this group since their schedule is a bit easier than that of the Skyhawks.

The OVC is already setting up to be an at-large headache for the playoff committee. If, say, UT Martin loses to Kentucky and SEMO and wins the rest of their games, they’d be 8-4 without a great win, two FBS losses, and a bad loss to Southern Illinois. In this scenario, are they in, or out? For now, we will keep 3-4 (1-0) Holy Cross as the winner of the autobid, though 3-3 (2-0) Lehigh has forced themselves into the conversation by winning in overtime at Fordham 30-27. If Holy Cross and Lehigh win this week, they will face off in Bethlehem in two weeks.

5-2 (2-1) Dayton’s stunning loss to 5-2 (2-1) Stetson takes a bit of the shine off of the huge Pioneer League game pitting the Flyers and 4-2 (3-0) San Diego. If the Flyers do beat the Toreros this weekend, the big beneficiary might be 3-3 (3-0) Drake, who might be in first place if they can get by 4-3 (2-1) Morehead State. For now, we are still picking the Toreros, but a Dayton win might require us at FCSP’TID to break out the slide rule for tiebreaker scenarios.

Gone are the days where we can just plug in Furman into the autobid and a potential seed, thanks to The Citadel’s 27-10 win over them this weekend. Right now there is only one undefeated team in conference play, 4-3 (3-0) Chattanooga. However, they have two huge games coming up against the one-loss teams: chastened Furman (4-3, 3-1) and Wofford (4-2, 3-1), and it seems foolish to count out any of the two-loss teams that loom if they all beat each other up, most notably The Citadel (4-4. 2-2).

This situation is messy, and it’s hard to see who emerges. Could it be Wofford? They have both Chattanooga and Furman at home, however sandwiched in between is, oh, CLEMSON, and to close the year a dangerous team in The Citadel. My confidence level isn’t great, but for now: Ankle-Biters to Play in Postseason.

Many of these teams play one another, but who will emerge? Your guess is as good as mine. Looking ahead, one team plays a modestly easier schedule than the others: 5-3 (4-1) Sam Houston State. But the tough game they have left is a doozy: a trip to Conway, Arkansas to play 5-2 (3-1) Central Arkansas. I don’t love the pick, but that’s where we’re at.

In our projections, we have North Carolina A&T doing what needs to be done to make the Celebration Bowl, with South Carolina State a close second. That’s why the Bulldogs have our last at-large spot.