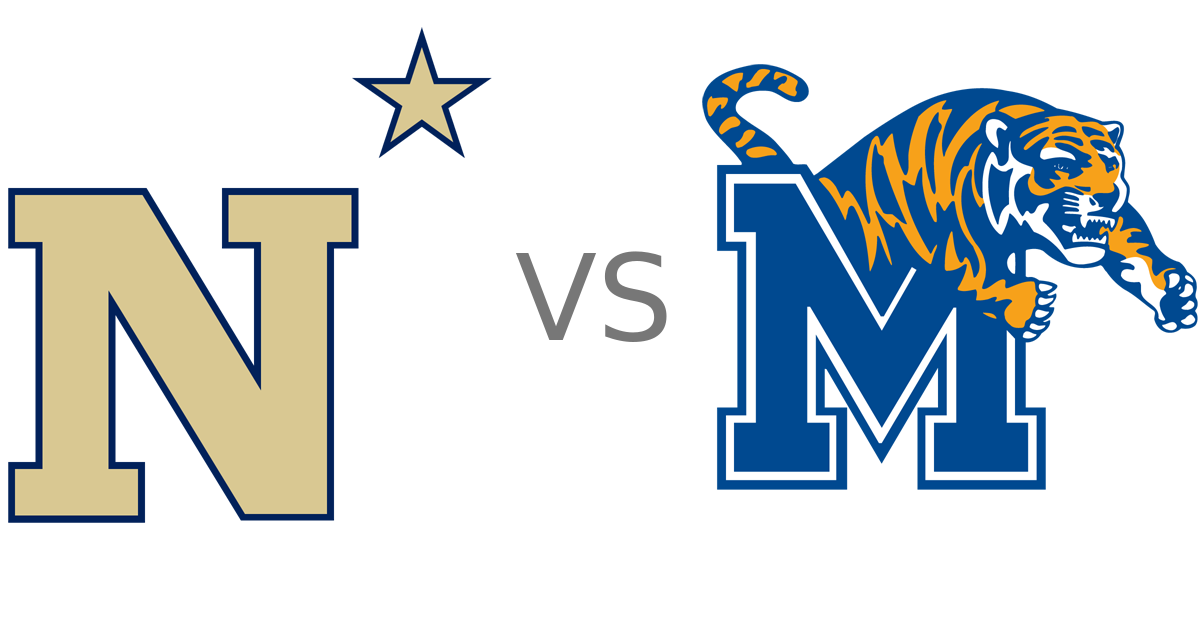 Two undefeated American Athletic Conference West Division face off in the only Thursday Division I football game of the night. Navy visits Memphis in the Liberty Bowl. Both teams have high-scoring offenses, but take differing approaches. Navy runs the triple option attack, while Memphis prefers to throw the ball. Navy and Memphis are two of just 23 remaining FBS teams that have not lost this year.

Memphis and Navy are both coming off bye weeks so both teams should be well rested. The Midshipmen rallied to beat the Tigers 22-21 last season after trailing 21-9 in the fourth quarter and have beaten Memphis in three of the last four meetings. Senior QB Malcolm Perry leads the option attack and is the one who makes the decision to keep it or pitch it out to FB Nelson Smith or Slot CJ Williams. Perry comes into Thursday night’s showdown leading Navy in rushing yards and touchdowns, with Smith and Williams next in line in each statistical category.

The Midshipman have blown out their first two opponents in FCS Holy Cross and conference member East Carolina in scoring over 40 points in each contest, while giving up just a total of 17 points. Navy has turned things around so far this season after coming off just a 3-10 2018 campaingn.

Navy is ranked fourth in total defense (226.5 yds/gm), while it is second in scoring (8.5 points/gm). The offense can boast as the only team in the FBS who has zero 3-and-outs this season, while scoring on average of 43.5 points per game.

Key Player: QB Malcom Perry is the key as is the case with any option attack as the signal caller. Perry will be the key to wearing down the Memphis defense, which ranks as the AAC’s top squad so far this season. He has rushed for 185 yards and five touchdowns and has shown he can throw it too with 254 passing yards on just 11 completions.

The Tigers have defeated Ole Miss of the SEC 15-10 to start the season and also own victories over FCS Southern (55-24) and South Alabama (42-6). The Tigers have won the AAC West the last two years but have had Navy as a thorn in it side as mentioned earlier in losing three of the last four meetings but did win two years ago when the two teams played last in Memphis.

Key Player: QB Brady White has completed 52 of his 72 passes (.722) for 718 yards with five touchdowns and two interceptions. The .722 completion percentage is the 18th best in the country. White is 10th in the country in yards per pass attempt (9.97). White’s favorite target is WR Damonte Coxie, who has 15 catches for 237 yards. The key for White, however, will be to mix in the run game with RB Kenneth Gainwell, who is also the Tigers’ leading rusher with 322 yards and three touchdowns, with his passing ability to keep the Navy defense guessing on what is coming next.

Fearless Forecast: The Navy triple option offense has frustrated Memphis in each of the past four seasons, despite the Tigers being the better team at least on paper each season. Memphis does not quite have the same kind of offensive firepower that it had the last two years. But this game should be similar to thoes in the past in being under a one score margin. Navy holds on to take this one and start the season 3-0 for the first time since two year ago in a lower scoring game. Navy 24 Memphis 21