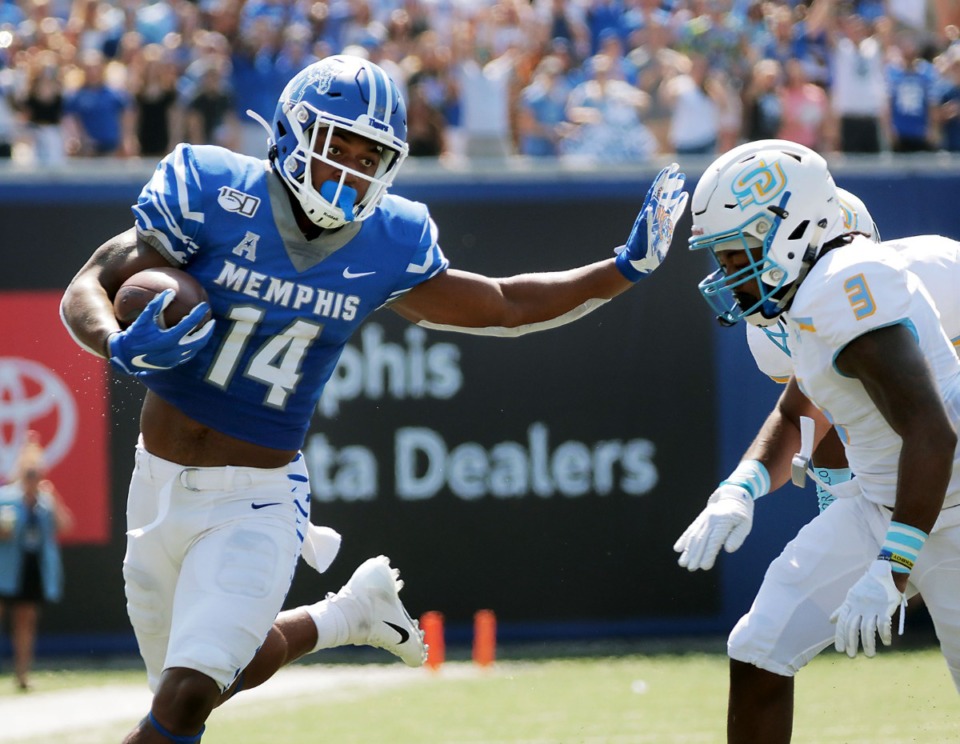 BOONE, NC – The college football season is winding down and almost all of the talk is concerning the College Football Playoffs and the four available spots that accompany it. Will it be defending national champion Clemson, LSU, Ohio State, Alabama, Georgia or somebody else?

Just as important to the group of five conferences is how the bowl bids are handed out – the important New Year’s Day Bowl Six and a berth in the prestigious Cotton Bowl. The highest ranked group of five member secures the Cotton Bowl berth, and the amenities that come with it including major national television exposure, big time bowl money (bowl guarantees), and major recruiting advantages.

The highest rated group of five conference schools, as determined by the College Football Playoff rankings gets the nod for the Cotton Bowl. With two weeks to go plus the conference championships, the field is getting whittled down.

Memphis of the American Athletic Conference has the best chance of securing the bid. They are the highest rated team with Cincinnati close behind.

The Tigers and Bearcats play this Saturday and both bring in a 9-1 record. The loser will take a hit but still could be in contention. SMU is lurking in the weeds at 9-1 too, with their only loss a 54-48 setback to Memphis. SMU plays a 7-2 Navy squad this week in what could be termed an elimination game.

Cincinnati and Memphis could play again in the AAC championship game If either win out, they will be the selection.

Boise State enters the week with a 9-1 record also and plays a very tough Utah State team in Logan this week. The Broncos also potentially have a tough match up against an 8-2 San Diego State Aztec team in the Mountain West championship game. A bumpy road for sure for the Broncos.

Then we get to the Sun Belt Conference leader in 9-1 Appalachian State. The Mountaineers have navigated a rough schedule with only a snowy, windy Halloween night loss to Georgia Southern. App State won the battle with the Carolina’s this year with road wins at the ACC’s North Carolina and the SEC’s South Carolina. Looming for the Mountaineers is a season ending road game at a suddenly rejuvenated Troy. The Trojans are clinging for life to become bowl eligible and trying to regain the form that has won them 31 games the last three years. If they find that form, they could give App State trouble, if not, App State will navigate their way into the Sun Belt championship game most likely against Louisiana, which would be a rematch of last year;s SBC championship game.

After the Cotton Bowl selects its participants then the conference’s bowl tie-ins make their selections. The college bowl season is shaping up to be another good one with the quality of teams from the group of five conference’s teams.