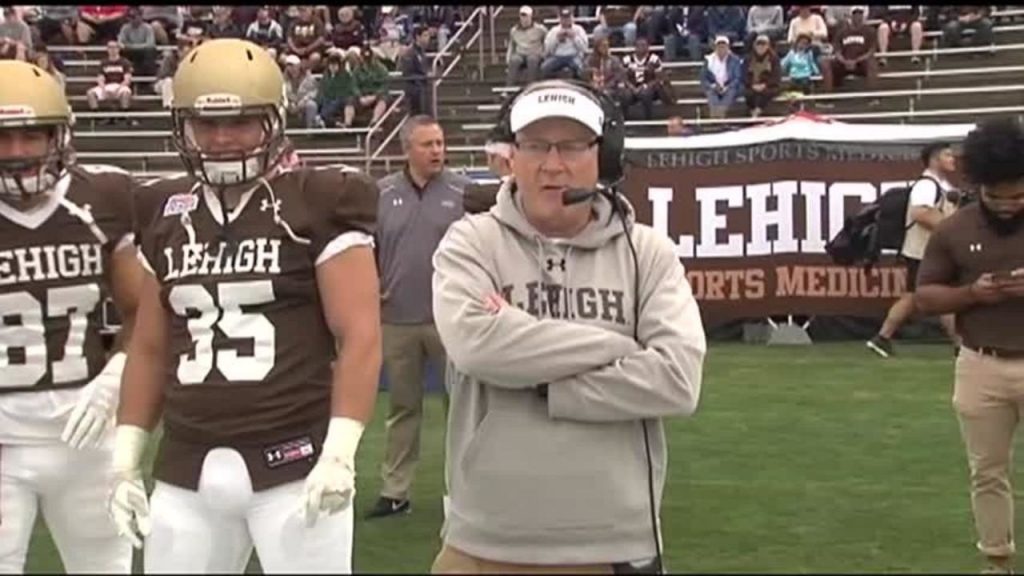 The 2018 Mountain Hawks were not your typical defending conference champions.

Though they went 5-1 in conference play in 2017, which was good enough to win the Patriot League, the awareness was there that there were a lot of holes to fill, especially with the departure of WR Troy Pelletier and WR Gatlin Casey to graduation, not to mention OL Brandon Short and OL Zach Duffy, two mainstays on the offensive line.

After eking out a 19-17 win over St. Francis (PA) to start the year, won by a blocked FG attempt in the closing minutes, the Mountain Hawks struggled to figure out the answers to their questions all season. Seven losses, some by huge margins, made fans turn away.

But it wasn’t all struggle and frustration.

In November, the Mountain Hawks seemed to figure out some of the answers to their questions just in time to win two of their final three games, and in so doing having retiring head coach Andy Coen tie Bill Leckonby for the all-time head coaching wins record at Lehigh.

Something seemed to happen in the Villanova game.

Down 14-3 to the nationally-ranked Wildcats, it didn’t seem like the game was out of hand.

Not with QB Brad Mayes at the controls, and team captain RB Dominick Bragalone running the ball effectively.

But when Bragalone left the game with an apparent head injury, the whole feel of the game changed dramatically.

Not that his replacement, true freshman RB Rashawn Allen, did terrible, pressed into action perhaps a little sooner than expected. But the team seemed to come apart in all facets, fumbling a punt return and falling behind 20-3 and ultimately falling 31-9 to the Wildcats.

It felt like the blow of losing Dom in that game seemed to put the team in a tailspin.

Despite a valiant effort against Navy, highlighted by a spectacular couple of TD runs from Allen, Lehigh would lose six straight games. Granted, one was to FBS Navy, another was to undefeated Princeton (10-0), and yet another was to Penn, who would end up 6-4.

But a dispirited effort against Fordham, a 43-14 loss, really started to set off alarm bells on the season.

“In retrospect, the game was lost at the opening coin flip,” I wrote. “Lehigh won the toss, and deferred. The Fordham captains came back from the coin toss, and chest-bumped the rest of the team – even though, technically, they lost the toss. Lehigh’s captains slowly walked back to the sidelines, slowly, and without, seemingly much emotion. It was then not too much of a surprise when Fordham eventually would jump out to an 8-0 lead and would never fall behind, ultimately beating the Mountain Hawks 43-14.” 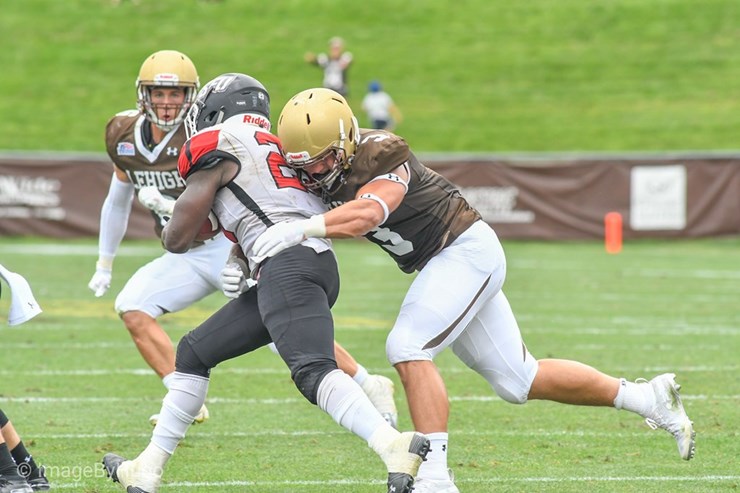 Despite the slide, there were some bright spots, especially on defense.

McCloskey, who is planning to apply for a graduate year in 2019, O’Neil and Woetzel return next season, which seems like a pretty good nucleus for a new head coach next season.

Though Lehigh will need to find some new people to fill these shoes, as well as CB Donavon Harris, who led the team with 2 interceptions, there are a slew of young players to build a solid defense around.

Though it didn’t always reflect on the scoreboard, the defense was much improved, and where it really came through was in Lehigh’s two wins that finalized head coach Andy Coen’s record.

The Lehigh defense held Bucknell to 255 total yards in a 45-17 victory, including a 65 yard pick six by CB Marquis Wilson.

Who needs the offense to score. Marquis Wilson takes the interception 65-yards for the score. Mish converts on the PAT. Lehigh up 45-17. 6:03 left in the 4th pic.twitter.com/83dVTcq0jV

And there also was the play of the game against Lafayette – coming in the very first series on offense, when DE Davis Maxie plucked the football out of the air on a sack and returned it for a touchdown.

The positive vibes heading into the offseason due to that resounding win over Lafayette are impossible to overstate. A large amount of talent on defense remains, with an entire offseason of four touchdownless quarters against Lafayette to think about.

Coinciding with the defensive boiling point was some promise in the offense as well.

Bragalone, who seemed to struggle to be 100% healthy, finally seemed to get things together in November, rushing for 274 yards and 4 TDs, three of them coming against bitter rivals Lafayette.

“I played in a lot of tough games with tough yards, but this is probably one of the toughest,” the South Williamsport, PA native said after his MVP performance in the Lehigh/Lafayette game. “The type of running back I am, I know it’s not going to be easy sometimes. I just try to take it one play at a time, lower my shoulder and run through people. I knew it was going to be tough to run against Lafayette, but the offensive line did an great job helping me get into the end zone three times. Everyone on the offense did their job.”

In many ways, Bragalone was the heart and soul of this Lehigh football team.

Mayes and Bragalone graduate, and there could be a battle for the starting QB position next season, but it seems clear that Rashawn Allen (328 yards, 3 rushing TDs) will be a great building block for the 2018 offense, as wlll Portorreal (794 yards, 3 TDs) and WR Dev Bibbens (576 yards, 3 TDs).

Furthermore, a young offensive line took their lumps in 2018 but improved a lot by the end of the season as well. OL Justin Gurth, OL Jackson Evans, OL Chris Fournier, OL Matt Fest and OL Nick Rosen are all underclassmen and will all be back next season.

It’s unclear at this point how the 2019 Lehigh football offense will be organized, and which signalcaller will be the guy who manages the offense. What is clear is that there will be an experienced offensive line to protect him, and experienced skill position players to rely on.

Lehigh will also need to replace one of the steadiest spots on their roster – kicker.

Senior P/K Ed Mish had been Mr. Automatic for three seasons, and that was true again this season, averaging 41 yards per punt and going 6/7 in FG tries (though none beyond 27 yards). His consistency will be difficult to replace.