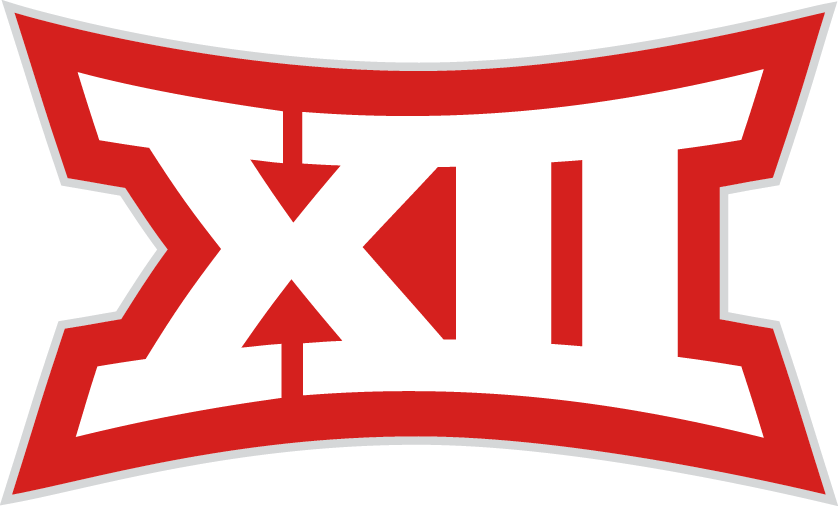 The Big 12 has made some news this college football offseason as they have been publicly mulling expansion.

Reportedly eighteen schools, including some head-scratching candidates such as Air Force and Arkansas State, have pitched the Big 12 asking to be considered to join their Power 5 conference club.

And as with everything else with college athletics realignment these days, the main consideration for the Big 12 isn’t finding a better rival for Iowa State, or attracting like-minded academic institutions.

It’s mainly being done “as the most naked money grab in the history of college athletics”, according to the respected media group Outkick the Coverage.

That money grab, though, could have huge repercussions across all of Division I athletics.

This includes the FCS level.

FCS schools with FBS ambitions like James Madison, Liberty, Sam Houston State and Eastern Kentucky aren’t officially on the list of Big 12 targets, but the moves of the Big 12 might deeply affect their ambitions of moving to FBS.

“This next year is going to be an interesting year to track because of the impact of what’s going to happen with expansion in other leagues,” JMU athletic director Jeff Bourne said in an interview with WHSV3. “And there will have to be changes in those other leagues for anything to ever formally happen for JMU and for other schools. I do feel like that’s going to happen. I’m not sure how soon and I’m not sure exactly which teams, but I know there will be change.”

The Dukes, who have turned down overtures from the Sun Belt before, seem like they would be a lot more receptive to a move to, say, Conference USA if the end of a Big 12 shuffle sees an opening in that conference.

“We will not go and make a bad decision,” Bourne said about potentially leaving the CAA in the future. “We will go and make a strategic decision. And until that comes along, we make sure that our programs win championships, graduate kids at a high level and have fans that love what they see.”

But therein lies the rub for athletic directors and presidents of these FCS schools: nobody knows which Group of Five conferences might be affected, and which ones might want to recruit new members.

Everything depends on the Big 12.

The scenarios are many.

Here’s the breakdown of teams being considered:

If the Big 12 chooses to expand by four (or possibly even more) schools, it would create openings in up to four Group of Five conferences.

Or, the Big 12 could expand by only two schools, and the impacts could be extremely limited.

By all accounts, it seems likely that the AAC would likely lose at a minimum one school. The hottest speculation has come around Houston, which allegedly has the blessing of many folks in Texas, and Cincinnati, a solid team in the backyard of one of the Big 10’s most profitable schools, Ohio State.

Would the AAC decide that they need to replace what is now gone? It’s not a cut-and-dry decision.

If the AAC feels like there is pressure to preserve the TV markets they have – especially with their TV deal to be renegotiated in just a few years – Rice technically could retain a share of the Houston TV market and the AAC would replace Cincinnati with the growing, significant southern Virginia Market if they choose to take Old Dominion.

That’s a decent trade-off if that’s their main consideration.

In the past, dipping below 12 teams meant that a conference might lose a potential moneymaking conference championship game. But the NCAA now allows a hosted football championship game with only 10 football-playing schools, meaning the AAC doesn’t need to abandon plans for that because one or more members are poached.

So what is the tipping point for the AAC to start picking up other assets in other conferences?

The same questions exist for the Mountain West Conference, the next biggest potential raidee in this mix.

Currently at 12 teams, their TV deal too expires in 2020, with an uneven payout structure that rewards teams anywhere from millions to zero dollars in a given year.

Like the AAC, they could lose two schools and still host a lucrative championship game. But like the AAC, losing two schools might be terrible when it comes time to re-up their TV deal.

If the AAC were to take, say, Rice and Old Dominion from C-USA, that could open the door for C-USA to recruit both Sam Houston State and James Madison – generally preserving the geographic breakdown of the conferences as they stand today.

However, if Conference USA loses two schools and goes to 12 members, it wouldn’t seem like a high priority to expand back to 14, especially with a TV deal that was recently renegotiated downwards significantly and the prospect of the remaining schools getting the revenue pot split 12 ways instead of 14.

In many ways, what has happened to Conference USA – losing more than half of their TV revenue, as Harry Minimum of The Virginian Pilot reported – is what the American Athletic Conference and Mountain West are proactively trying to avoid.

Also – who exactly might Conference USA recruit in such a case?

They could elect to go to FCS and invite James Madison, Sam Houston State or both, but they could also could go a different direction and invite one or more Sun Belt schools to replace any losses rather than ask FCS schools.

If TV markets mean more to the conference than great football teams, Georgia State, based in Atlanta, GA, might be a top consideration.

They could also go for competitiveness – Northern Illinois of the MAC has been one of the upper echelon Group of Five teams and might be seen as a canny move by the league.

If the Sun Belt loses a member – or even if they don’t – Eastern Kentucky is very serious about moving into the Sun Belt and rekindling their football rivalry with Western Kentucky – who could also be on the AAC’s radar, which demonstrates the complexity of these current realignment winds.

“At this juncture, we’ve got all our cards with the Sun Belt,” Eastern Kentucky AD Steve Lochmuller said recently. “If we’re not successful, we will continue to work hard and try to elevate every program here to the next level. Who knows about the future? I don’t think realignment is over yet.”

If the MAC loses a member, Illinois State, who has said no to the Sun Belt in the past, might be on the radar, or perhaps James Madison. The MAC would also certainly be aware of the five-time FCS national champions, North Dakota State, and would unquestionably be interested in them.

If the Mountain West loses one or more members, where might they look for new membership? Without many good choices out west that are already in the FBS, they might want to look at several schools that have been outstanding long-term successes in the Big Sky (Eastern Washington, Montana, Montana State) and one who has burst on the scene last season and is situated in a major city and solid TV market (Portland State).

Cal Poly too could be a consideration for the Mountain West, especially if the Big 12 takes San Diego State. The Mustangs, currently in the Big Sky for football only, are members of the Big West in all other sports and could be an intriguing option.

Then there’s the case of Liberty, who, like EKU, have been very upfront about their desire to jump to FBS.

The Flames might have a similar problem as BYU when it comes to joining an FBS conference, however.

BYU, once a top prospect for the Big 12, has come under fire recently for their “honor code” which forbids homosexual behavior.

Would this be a deal-breaker for Sun Belt, MAC, or Conference USA membership for the Flames? It’s hard to say, though media reports seem to indicate that BYU’s code of conduct is a serious, major impediment to BYU going to the Big 12.

At the FCS level, the attitude of school presidents and athletic directors seems to be to watch the Big 12 activities like the rest of us, and see where the chips fall.

James Madison, who rejected the Sun Belt before, seem to be waiting for there to be an opening in Conference USA or the MAC. If an opening comes up in either conference, they will be sitting by the phone.

lllinois State seems to be in the same boat – not interested in the Sun Belt, would be interested in Conference USA or the MAC. Like the Dukes, the Redbirds will also be sitting by the phone.

Liberty, who has been sitting by the phone for years, has to be proactively preparing several new Powerpoint presentations, ready to ship to the MAC or Sun Belt at a moment’s notice.

Eastern Kentucky, who’s seen interest from the Sun Belt before, will hope that realignment nabs one or two schools from that conference, almost requiring them to call them up again to see if they’re still interested.

And Sam Houston State, like James Madison, seems uninterested in the Sun Belt and might start a viral campaign to simply let Conference USA know, if they lose a school or two, that they aren’t all that far from Houston.

Like us, they wait, seeing what will happen next.