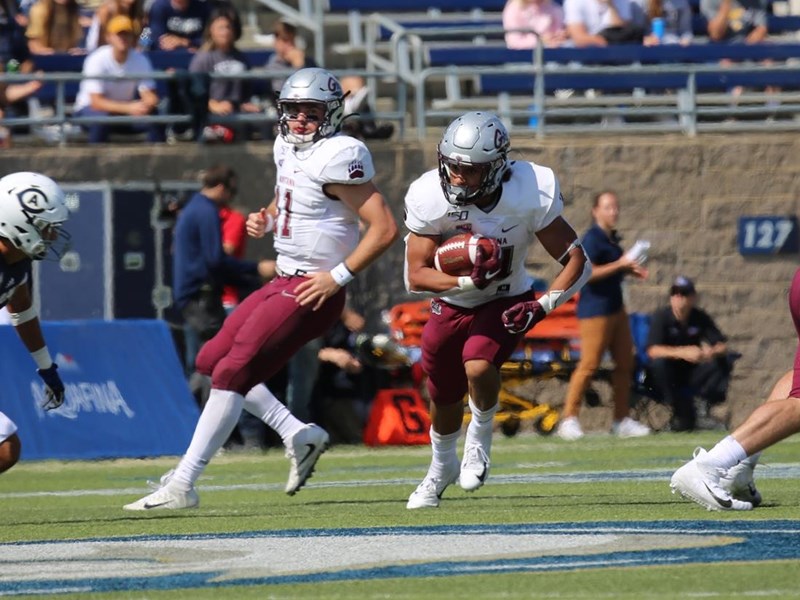 A week ago, UC Davis was being lauded for giving top-ranked North Dakota State a true run for their money at their place. Last week, thanks to a sneak Grizzly attack, Aggie fans have to wonder whether they can still make the playoffs.

It was a revenge game for the University of Montana – last year, a halftime lead was obliterated by a 46-0 Aggie run in a humiliating defeat. This year, though, the Grizzlies were ready, and stunned UC Davis at their place, 45-20.

The Griz scored three times in the first six minutes of the third quarter, and used a balanced offense run by QB Dalton Sneed to outgain UC Davis 529 yards to 351. Montana scored on six of their first nine possessions and pretty much dominated UC Davis start to finish.

“We have tremendous confidence in our ability. I don’t think we’re there yet, but this is a good win for us obviously against the fourth-ranked team in the country, and it wasn’t close,” Montana head coach Bobby Hauck said following the game. “I’m pretty happy. That’s a nice win for our team.”

In other exciting conference matchups, in the CAA, Villanova went to 5-0 overall as they soundly beat Maine 33-17. Like Montana, the Wildcats jumped all over the nationally-ranked Black Bears early, surging to a 30-0 lead then coasting to the victory. Junior QB Daniel Smith rushed for two touchdowns for the second straight game while throwing for 213 yards and another score.

In the SoCon, we got what might have been the most exciting game of the week when Samford outlasted the Citadel in four overtimes with a basketball-like score, 61-55. With Samford trailing in the 4th quarter 38-31, backup QB Liam Welch found freshman WR A.J. Toney for a 67-yard touchdown pass to tie the game at 38-38 with 1:43 left in regulation. Both teams would score two touchdowns and two field goals apiece, but Samford’s defense finally stopped The Citadel in the 4th overtime and Welch punched it in the end zone for the game-winner.

And in the OVC, Austin Peay made a huge statement with their 52-33 thrashing of preseason favorite Jacksonville State. CB Kordell Jackson was a huge engine for the Governors’ upset win, getting two early interceptions of Jacksonville State QB Zerrick Cooper that were converted into Austin Peay points. Their win sets up an interesting October in the OVC with the Gamecocks already at 0-2 in league play.

Three games stood out in FCS play as well. Fordham upset Richmond 23-16 after denying the Spiders at the goal line at the end of the game; Weber State jumped out to a 17-0 lead and then made it hold up against Northern Iowa, 29-17; and Campbell of the Big South leaped to a 3-1 record after upsetting Mercer on the road 31-27.

Finally, in Pittsburgh, Delaware fans left the University of Pittsburgh proud, but frustrated after a narrow 17-14 defeat to the hosting Panthers of the ACC. The Blue Hens led deep into the 3rd quarter but could not hold on to close the deal. Still, Delaware showed that they will be a force to reckon with in the CAA this season.