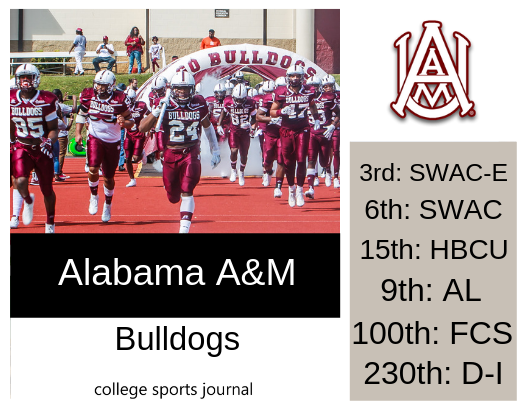 2018 In A Sentence: Alabama A&M, while posting a winning record, showed sparks of brilliance on the field, playing very good teams close but inevitably not making that next jump to the top of the SWAC.

Biggest Shoes to Fill: All things considered, AAMU is very balanced on both sides of the ball, and with most of their top performers returning, expect the Bulldogs to continue to show improvement this year. 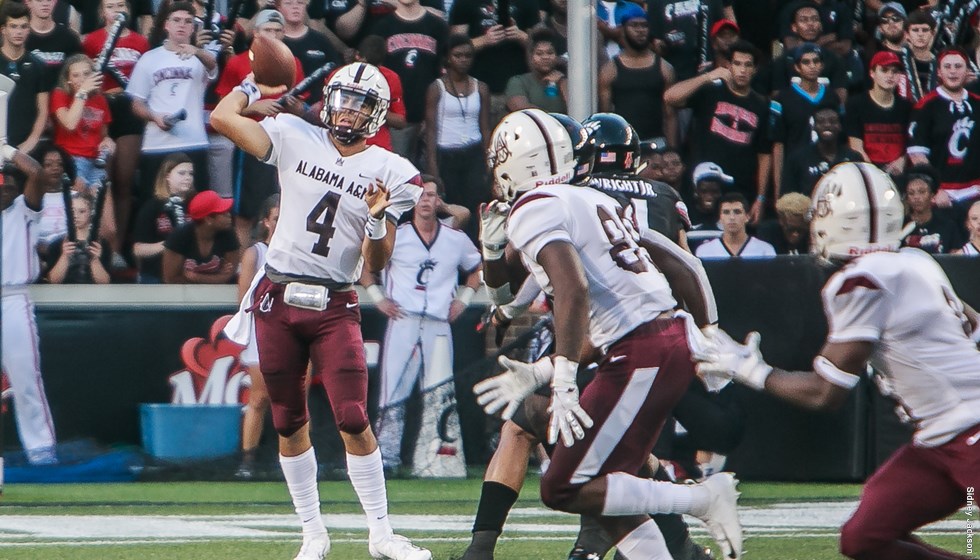 Key Player: QB Aqueel Glass has been the starter for AAMU for the last two years, and as a sophomore led the league in passing yards. The Bulldogs will go as far as Glass will take them, and he is poised to have a breakout season.

Fearless Prediction: Alabama A&M is truly ready for a breakout season. They have a more experienced squad with balance on both sides of the ball in terms of production. The problem is that there is a very good team in the SWAC East in Alcorn State that is likely to get in their way of reaching the SWAC Championship. Don’t be surprised if AAMU has more wins this year, but still fails to make the SWAC championship.