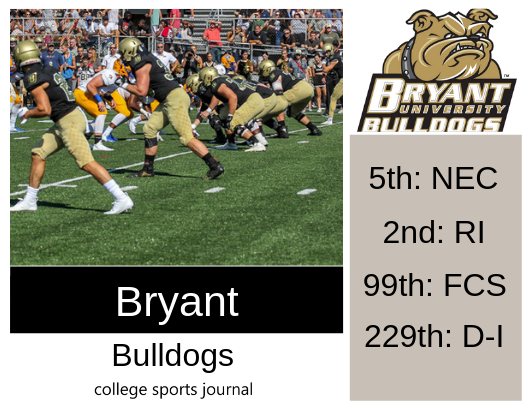 2018 In a Sentence: Early against Central Connecticut State, the 4-1 Bulldogs were up 14-0 on the Blue Devils, and seemed to be on their way towards a NEC championship. Then CCSU scored 48 straight points in a 34 point loss, and the Bulldogs never seemed to fully recover, dropping three of their last five games and squeaking by both Fordham (42-41) and Howard (56-55) by a single point each. At the end of the season, head coach James Perry was hired away by his alma mater, Brown.

Biggest Shoes to Fill: A huge reason for Bryant’s struggles was that QB Price Wilson struggled through injury during his redshirt senior year. When he played full games for Bryant in 2018, the Bulldogs went 6-2, throwing for over 2,000 yards and registering 20 TDs. Bryant struggled to replace him last season, and they’ll have a big task filling his shoes this year. 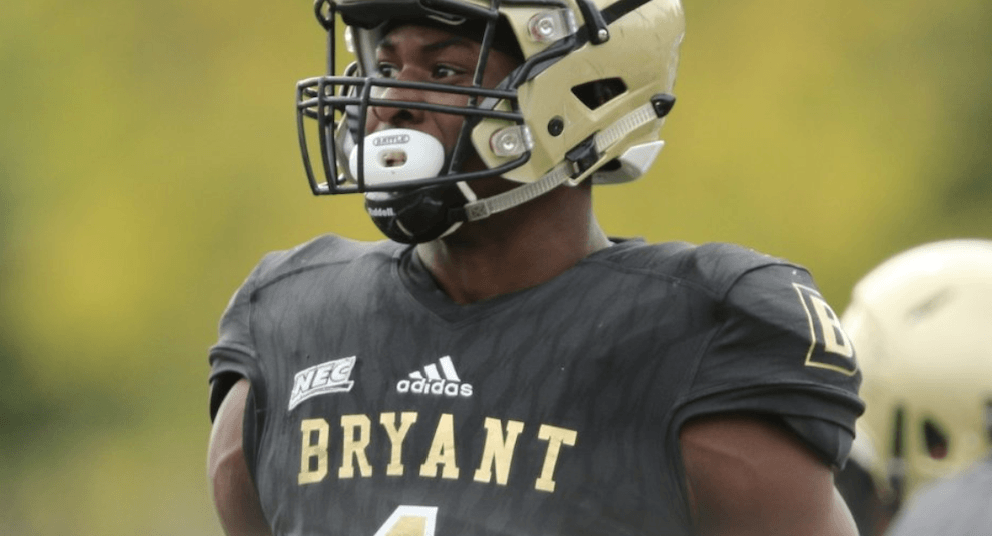 Key Players: DL Tomas Wright rightfully has plenty of interest as a possible defensive end at the next level, thanks to his monster junior season. He set a single-season record for the Bulldog program with 12 1/2 sacks to go with 45 tackles, 17 1/2 tackles for loss and 3 forced fumbles. It will be interesting to see how the 6’2 217 lb end does his senior year.

Fearless Prediction: Intriguing storylines abound with Bulldog Nation this year – an in-state matchup pitting new head coach Chris Merritt against his former boss Perry at Brown, two tough games against CAA teams Stony Brook and Albany, and a late November matchup against Duquesne. But they’ll have to do it while breaking in a bunch of new names on offense and defense.