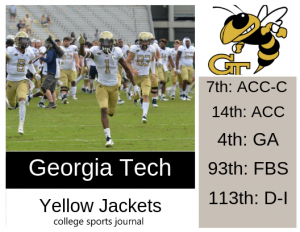 2018 in a Sentence: The final season for legendary Yellow Jacket head coach Paul Johnson was a good one – a 7-5 season and a bowl invite. The offseason brought the hiring of former Temple head coach Geoff Collins and the introduction of a brand-new offense.

Biggest Shoes to Fill: Head coach Paul Johnson was a head coach that was identified by the style of offense he ran, the triple-option offense that he also ran at Georgia Southern and Navy. Everyone recruited to the program was geared towards playing Paul Johnson football in Paul Johnson’s style. It worked well for the Yellow Jackets over his long and illustrious career, but changing styles is going to take time to implement. 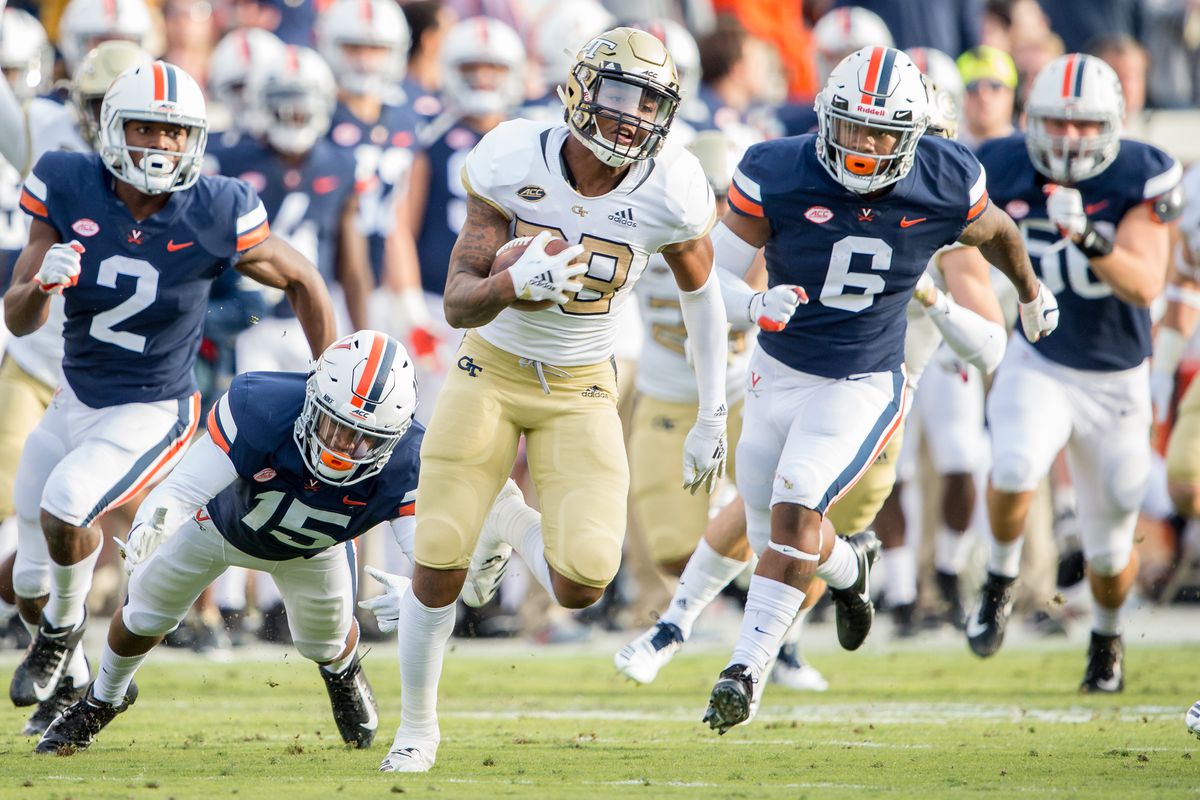 Key Player: DB/RS Juanyeh Thomas had an electrifying freshman campaign with 3 non-offensive touchdowns, one on a 95 yard interception return, and two kick returns to the house. Though most of his time was spent on special teams as a freshman, he’s exactly the sort of player that Collins will want to build around on defense and could end up being a key part of their defense.

Fearless Prediction: Not only does Collins have a humbling rebuilding job ahead of them; not only do they face off against last year’s FBS Champions, Clemson, to start the year 0-1 in their conference; the Yellow Jackets could have the weirdest combination of ghosts of the past (The Citadel’s triple-option, Collins’ former team, Temple) in their schedule and pretty much every game will be extremely tricky games to come out winners. And that’s before their brutal ACC schedule and their annual faceoff against their in-state Rivals Georgia. It’s hard to see more than a couple of wins.