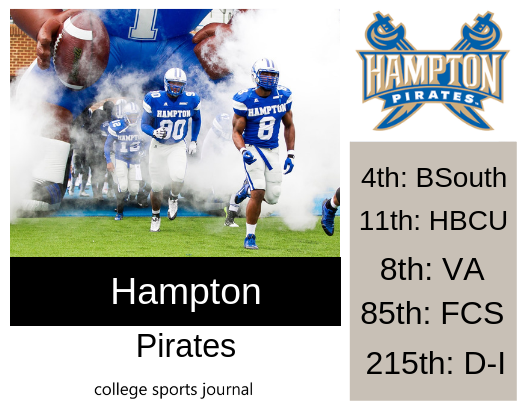 2018 In A Sentence: The Pirates played as an independent last year and after starting off the season at 1-3, finished it off with a 6 game winning streak.

Biggest Shoes to Fill: While Hampton was a heavy run team last year, losing the experience and game control of senior QB Delmon Williams will be hard to replicate, especially because he was also the teams second leading rusher. 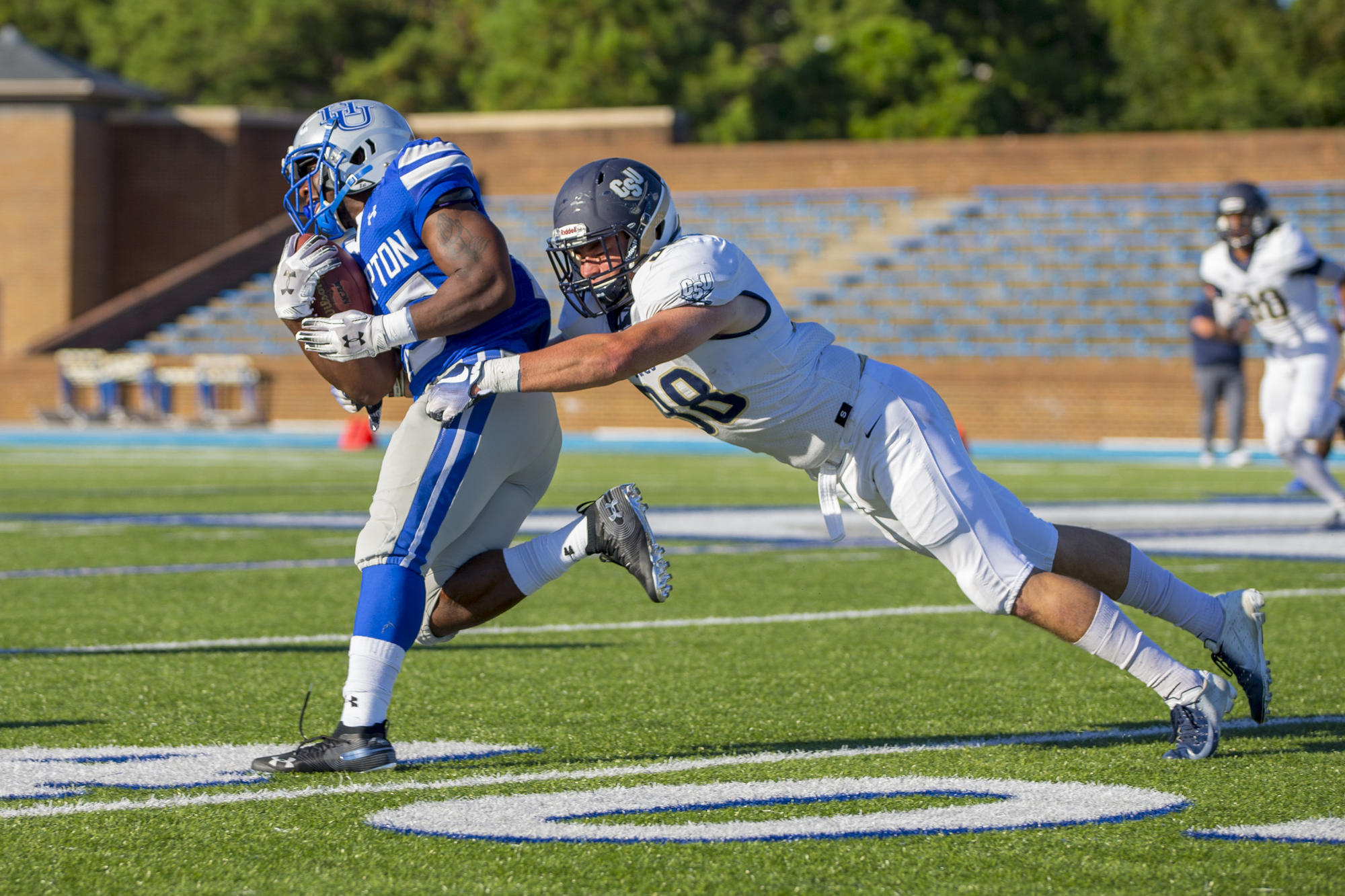 Key Player: Red shirt junior RB Will Robinson will be key to helping the new QB get settled into an offense that is losing their top receiver and quarterback to graduation. While he had about 30-35 percent of the running plays called for him averaging 7.1 yards per carry, expect more production this year and a possible 1,000 yard rushing season.

Fearless Prediction: The Big South is a conference looking for challengers to the dominance of Kennesaw State. Despite a stinging loss to Monmouth Last year, I believe Hampton will be a force in this relatively weak conference. Don’t be surprised if the Pirates end up 2nd or 3rd in their first full football season here, especially with their being some uncertainty about what will be happening at KSU.