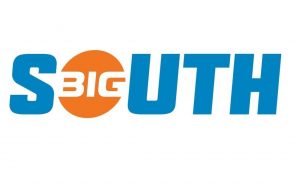 Kennesaw State has dominated the Big South Conference for the last couple of years. After losing 17 OGs to graduation, 2019 will be interesting to see if any of the other teams below them have closed the gap. The Big South also expands this year from 6 teams, to 8, welcoming Hampton and North Alabama. The Owls are still the favorite in the conference this year. With all of the blowout wins over the last two years, a lot of backups got valuable experience on the field that they can carry into this year when they become starters. The Hawks have had two straight good seasons. Is this the year they finally beat Kennesaw State and take the Big South title? The talent is there. This is the only team that looks strong enough to take the next step into playoff contention. The Buccaneers are a team that used to be a tough out in the FCS. After a couple years of voided wins in the middle of the decade, its been tough sledding. But the team has some talent returning and could surprise if they get the breaks.

Hampton joins the Big South in 2019 after leaving the MEAC. The Pirates looked like nothing more than a bottom feeder in the Big South just a couple weeks ago. Some intrigue has been added to the team with the addition of former Florida State quarterback Deondre Francois. The offense could at least be fun to watch with a former Power 5 quarterback at the helm.

North Alabama is continuing its transition to DII to FCS by joining the Big South in 2019. The Lions had a winning record against FCS foes last year and will play a full FCS slate this year. Middle of the pack is probably their ceiling this year. But this team looks to be building something for the future and could compete sooner rather than later. The Camels had a winning season in 2018, but were only 1-4 in the Big South. Look for more of the same from them this year. This is a young football program learning the ropes, but they are going to take their lumps for at least one more year. The Bulldogs were overmatched in 2018 and did not play in any competitive games in a 3-8 season. With an even tougher schedule this year, there is a chance this team may not taste victory until 2020 if they cant beat Presbyterian on November 9th.

Presbyterian didn’t win a game against and FCS foe in 2018. That looks to continue unless they can pick up a home win against an equally bad Gardner-Webb.

10 PLAYERS TO WATCH FROM THE BIG SOUTH