2018 In a Sentence: Late-season setbacks against Southern Miss and Western Kentucky prevented Louisiana Tech from contending for a Conference USA title, but the Bulldogs bounced back with a 31-14 win over Hawaii in the Hawaii Bowl to finish 8-5 overall (5-3 C-USA).

Biggest Shoes to Fill: DE Jaylon Ferguson was the 2018 Conference USA Defensive Player of the Year who took over the NCAA’s career sacks record. He racked up 45 sacks and 66.5 tackles for a loss during his career. He was drafted in the third round by the NFL’s Baltimore Ravens. 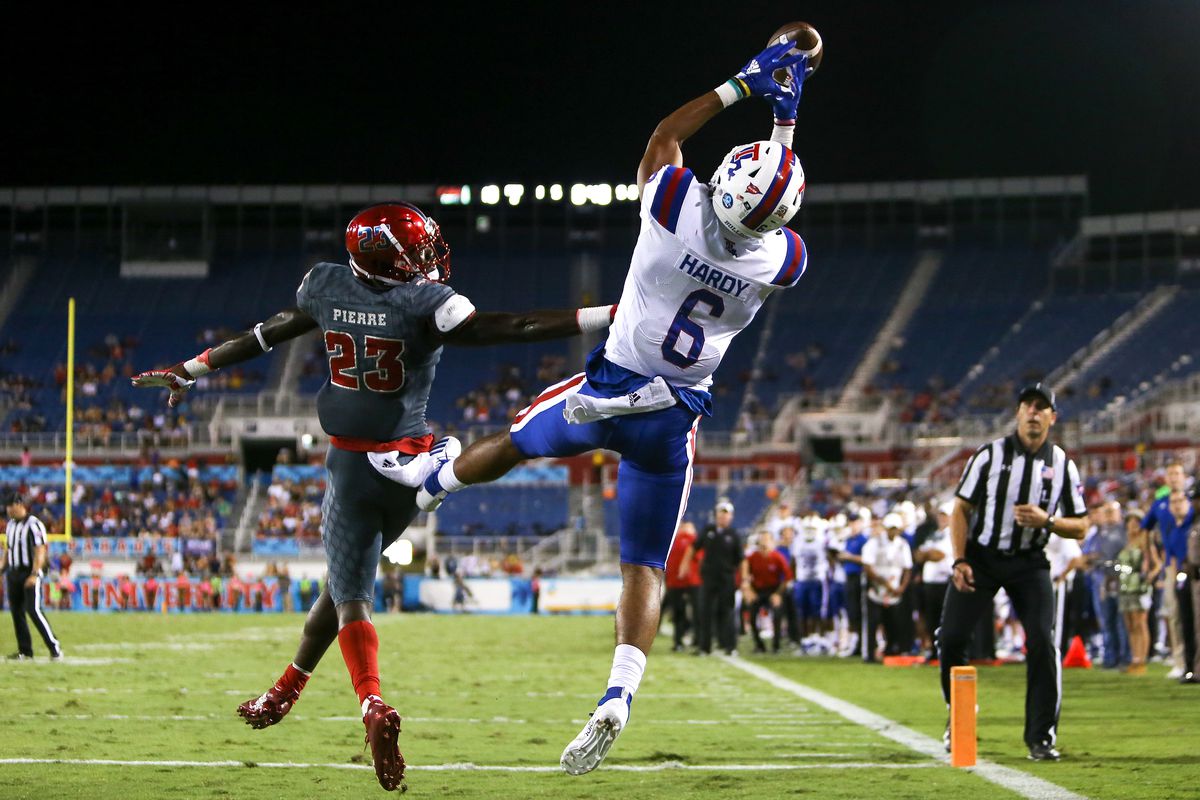 Key Player: WR Adrian Hardy was a break-out star for the Bulldogs after he led C-USA in both catches (75) and receiving yards (1,145). He will have returning QB J’Mar Smith back throwing him the ball and very well could become an All-American performer this year. He will be asked to lead the receiving corps in what may be a more pass-happy offense due to an ineffective running game.

Fearless Prediction: While there are some holes to fill on both sides of the ball, the Bulldogs do get a favorable schedule in conference play with other C-USA West front runners North Texas and Southern Miss at home. It may be unexpected to some but Coach Skip Holtz will finally get over the hump this year and get his team to the C-USA title game in what seems like this year where no frontrunner exists.