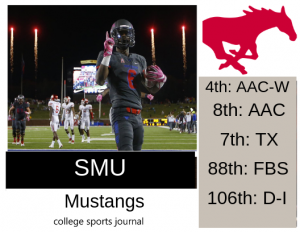 2018 In a Sentence: In Coach Dykes first season for the Mustangs, SMU finished just 5–7 overall (4–4 (AAC) after losing its last two games of the season to finish in fourth place in the West Division. The Mustangs missed out on a bowl bid after Dykes coached the team during their bowl game in 2017.

Biggest Shoes to Fill: QB Ben Hicks had one year of eligibility left but decided to graduate transfer to the SEC’s Arkansas. He started 33 games in three seasons as the Mustangs’ top quarterback. He is SMU’s career leader in several passing categories, including attempts, completions, touchdowns and passing yards. 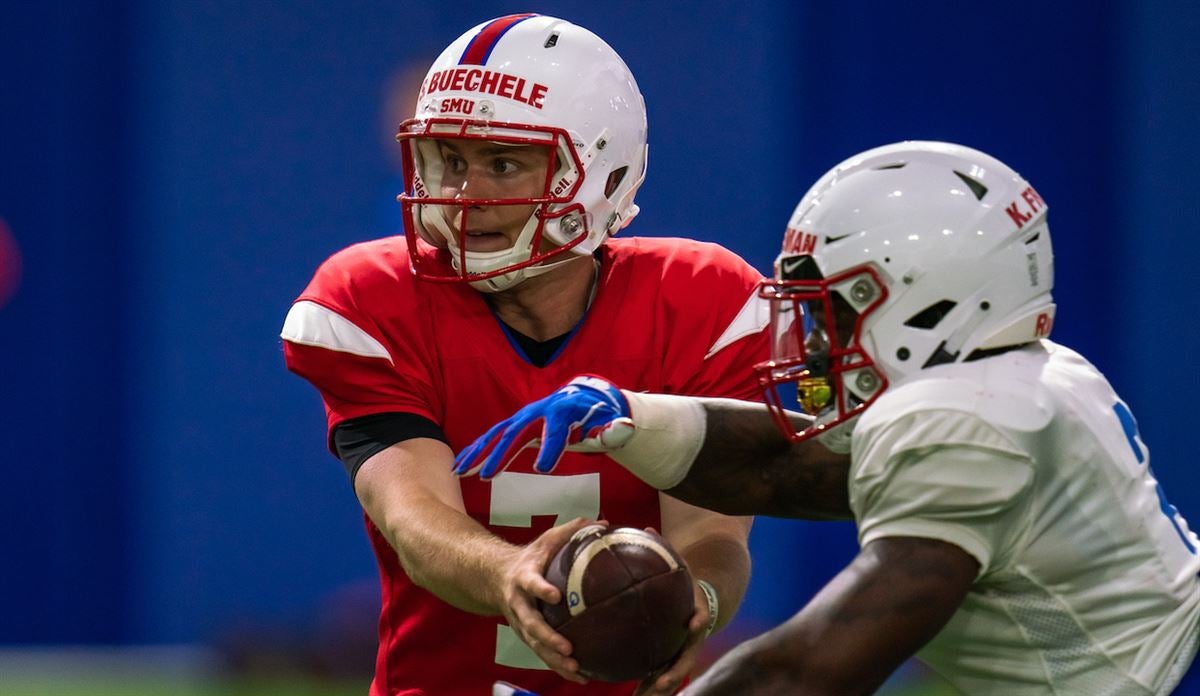 Key Player: QB Shane Buechele transfers to the Mustangs after spending three seasons at the Big 12’s Texas. Prior to last year, he was the starter for the Longhorns. He appeared in two games last season filling in for an injured Sam Ehlinger where Texas won both games, thanks to solid game management against Baylor and a perfect passing performance against Iowa State. In his freshman season, Buechele played in 12 games and threw for 2,958 yards and 21 touchdowns before giving up the starting spot to Ehlinger.

Fearless Prediction: A wave of new talent that spans across both sides of the ball has coaches and players hoping something special is in the works. The Mustangs look like a team that will likely struggle to start the season but will get stronger as the season goes on. It should be good enough to get to the six-win mark and get back to a bowl game.