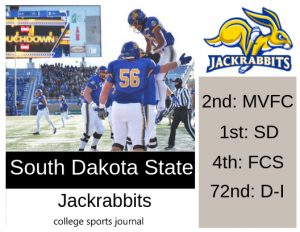 2018 In A Sentence: The Jackrabbits got to the FCS playoffs last year after finishing second in the MVFC and went on a great run before losing to North Dakota State in the playoff semifinals. SDSU finished the season 10-3 overall (6-2 MVFC).

Biggest Shoes to Fill: QB Taryn Christion finished this Jackrabbit career finishing with a 33-11 record as a starting quarterback. He was a three-time All-MVFC performer and is the SDSU all-time leader in passing yards (11,535), touchdown passes (104) and total offense (13,050). He originally signed with the NFL’s Seattle Seahawks but was let go shortly after signing and was signed then by the Dallas Cowboys where he is battling for a spot. 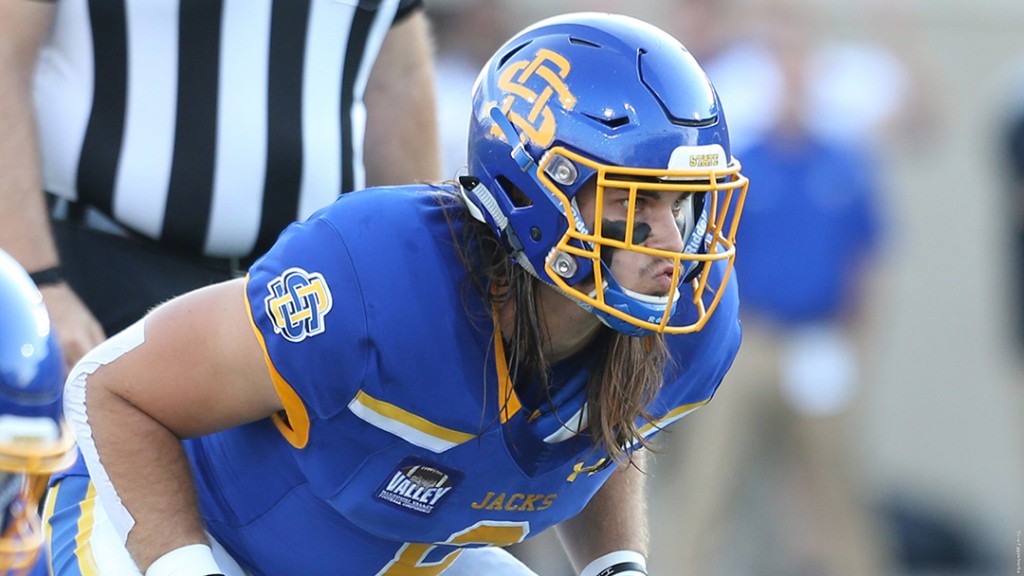 Key Player: LB Christian Rozeboom already is a three-time all-MVFC pick and two-time All-American with three 100-tackle seasons to his credit. With Christian gone on the offense, the SDSU defense looks as if it will have a chance to be the stonger side of the ball and Rozeboom and the rest of the SDSU defense will be key to be stronger against its opposing offenses.

Fearless Prediction: With RB Pierre Strong Jr. back on offense, the team will likely be a more ball control offense as they let redshirt freshman J’Bore Gibbs (or another new QB) learn how to be a MVFC signal caller. The defense will be strong and could surpass its performance from last year. SDSU has a lot of talent that will be getting its first chance to play so expect a few up and down moments but should still be enough to again get SDSU near the top of the MVFC standings and a likely seed in the FCS Playoffs.