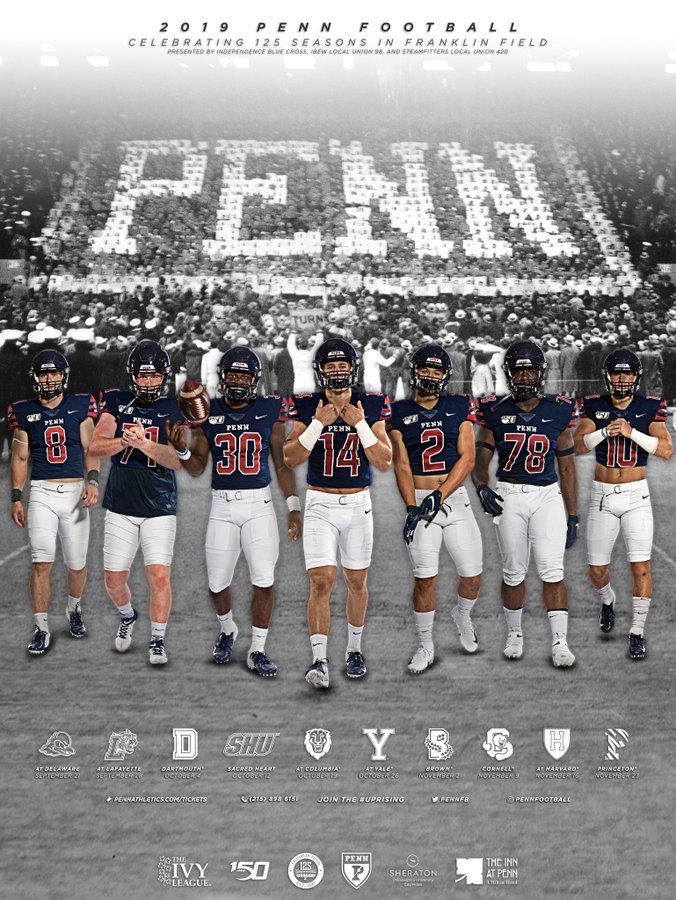 This week we see a primetime Ivy League matchup in actual prime time, as undefeated Dartmouth and undefeated Penn face off under Franklin Field’s lights. It’s the 125th season of college football being played at Franklin Field, and Penn will be wearing throwback uniforms to celebrate the occasion.

Not only is Franklin Field celebrating, its also the first interesting Ivy League matchup with possible title implications takes place this Friday. Can Penn can get much past Dartmouth’s Big Green Monster defense, who only gave up a field goal to Colgate last week? Birthday or not, Dartmouth doesn’t seem like they’ll be slowing down. Dartmouth 28, Penn 13

It’s the the 104th edition of Rhode Island’s “Governor’s Cup”, and emotions will be running high in this bowl-like atmosphere. The Rams have too much, however, for the rebuilding Bears to handle. Rhode Island 34, Brown 16

Before the season, this looked like it was going to be a fascinating matchup between Ivy League and MEAC title contenders. Now, however, after Bison QB Caylin Newton announced his intent to enter the transfer portal and accusations swirling around head coach Ron Prince, this is looking like it’s going to be ugly. Harvard 41, Howard 0

Georgetown stifled Columbia last week 24-10, which isn’t exactly the way Lions head coach Al Bagnoli would prefer to be heading to Princeton this weekend. Princeton should continue to roll this week in their first Ivy League conference game. Princeton 48, Columbia 6

Is Fordham back? After a head-turning upset of Richmond last week, the Rams head to Yale with a big head of steam. The Bulldogs have done just enough to support strong defensive efforts to defeat Holy Cross and Cornell, but the Rams might surprise people here unless Yale gets things going on offense. Yale 24, Fordham 21

You usually don’t want to use the transitive property when picking football games, but Cornell’s 21-7 win over Marist and Georgetown’s 43-3 win over Marist seems pretty instructive here. Georgetown 26, Cornell 10