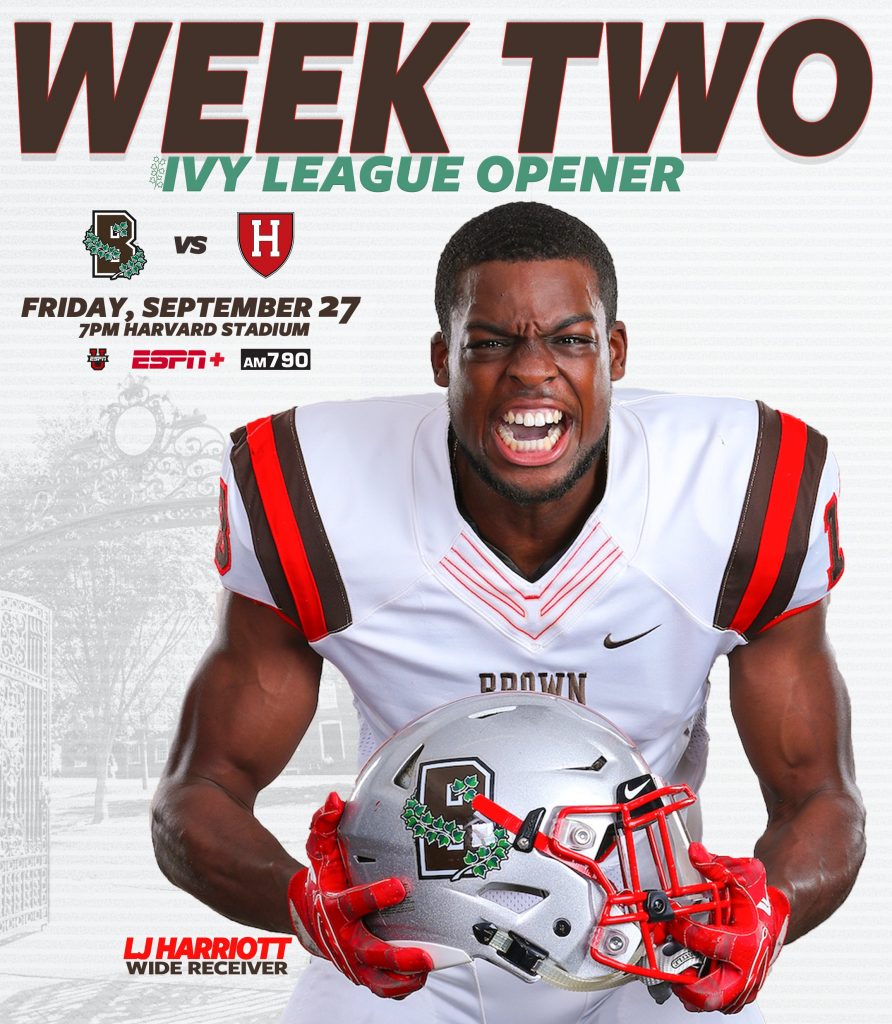 Harvard, in their 146th season playing football, hosts Brown in the very first Ivy League conference game of the year. The Crimson lost a heartbreaker in San Diego, unable to come all the way back after digging themselves in a big 1st half hole, while Brown barely preserved a 35-30 victory against Bryant after LB Jason Mederios intercepted a Bulldog pass in the end zone. The Crimson should ride the momentum of the second half against the Toreros to an easy victory. Harvard 35, Brown 22

Playing for the “Lou Little Cup”, Little coached at Georgetown from 1924-30 and helped bring Georgetown football into the modern era, recording a 41-12-3 record over six seasons, and then took over at Columbia in 1930, his teams there going 149-122-11. Columbia has won the last two iterations of this trophy game, and seem well poised to make it a third, after outlasting St. Francis (PA) last week. Columbia 31, Georgetown 14

The Bulldogs, fresh off a hard-fought 23-10 victory over Holy Cross, this week host Cornell, who had their hands full with Marist last week. Yale will want to establish a bigger offensive presence than last week, and do so. Yale 41, Cornell 10

Rebuilding Bucknell has zero chance against one of the top teams in all of FCS. Princeton 56, Bucknell 17

One of the great mysteries of this early season is why Penn head coach Ray Priore decided to go for 2 after being in position to tie their game against top-ranked Delaware last week. Did he forget, in this 150th anniversary year of college football, that there are no ties and overtime is a possibility? Instead, the Quakers take their narrow 28-27 loss to Lafayette, where the Leopard defense has come apart in the last two weeks. Overtime shouldn’t be an issue in this game. Penn 49, Lafayette 28

Colgate QB Grant Breneman appears to still be recovering from injury, which means it looks like QB Jake Froschauer will be taking the reins for the Raiders trying to score against one of the best defenses in all of FCS in Dartmouth. It should be a defensive struggle, and unless the Colgate defense from last year returns, this could get ugly – in four games this year against brutal competition, the Raider defense is yielding more than 30 points a game. Big Green WR Drew Estrada, who amassed 224 all-purpose yards against Jacksonville last week, is a huge concern. Dartmouth 35, Colgate 17