Below are the Top 25 High-Major rankings based on the Sagarin rankings for the week ending Dec. 14th, 2019. Gonzaga remains atop the standings, where they have been since the preseason poll. 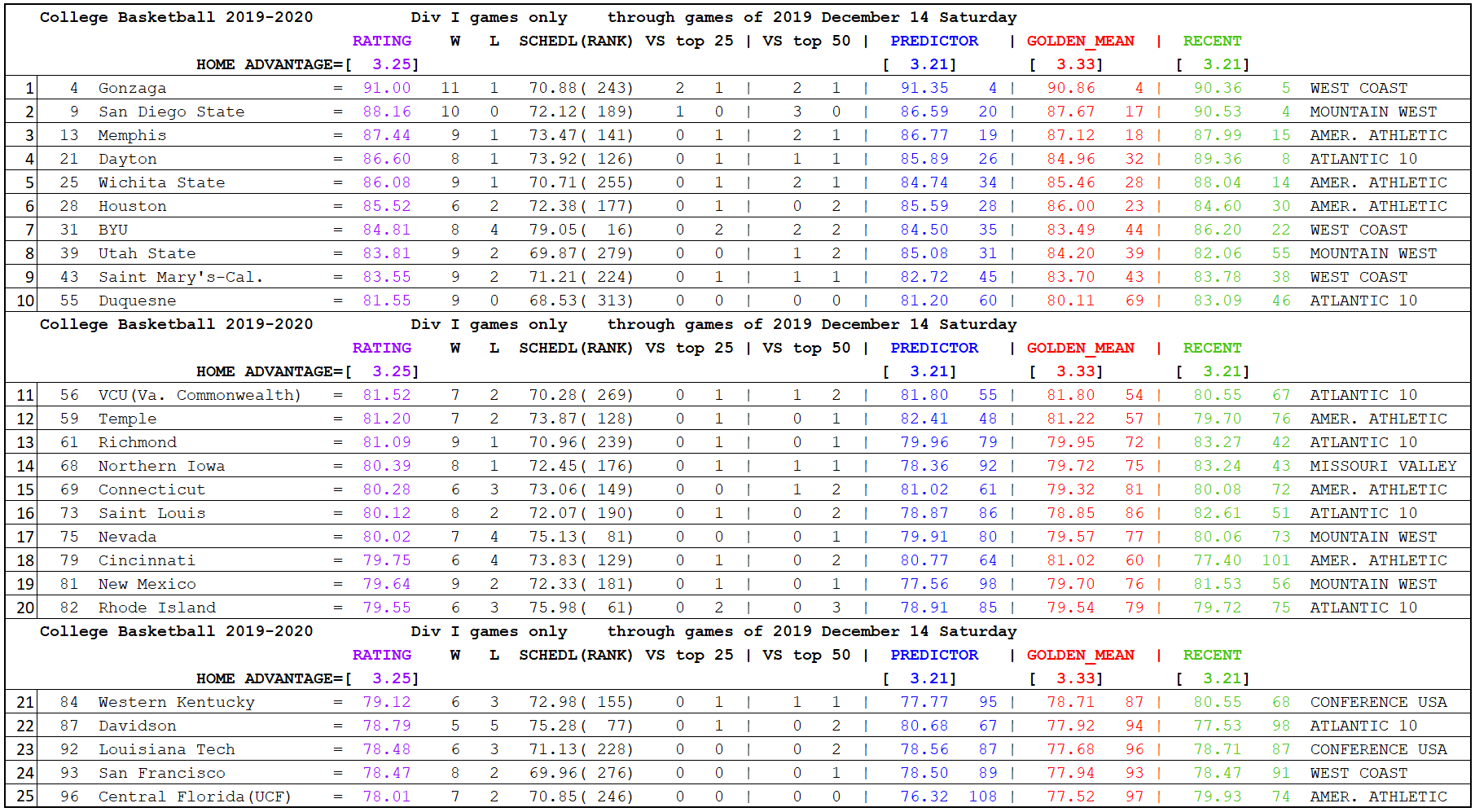 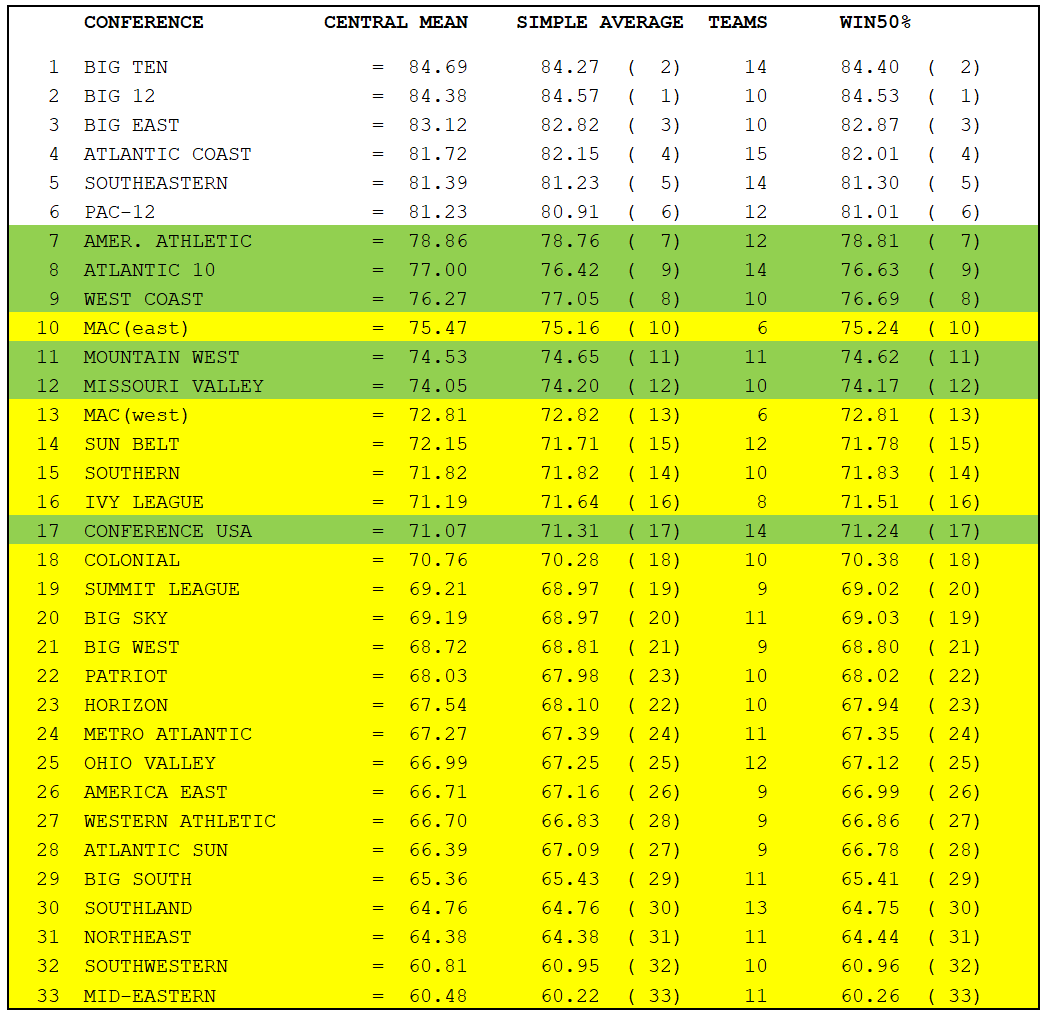