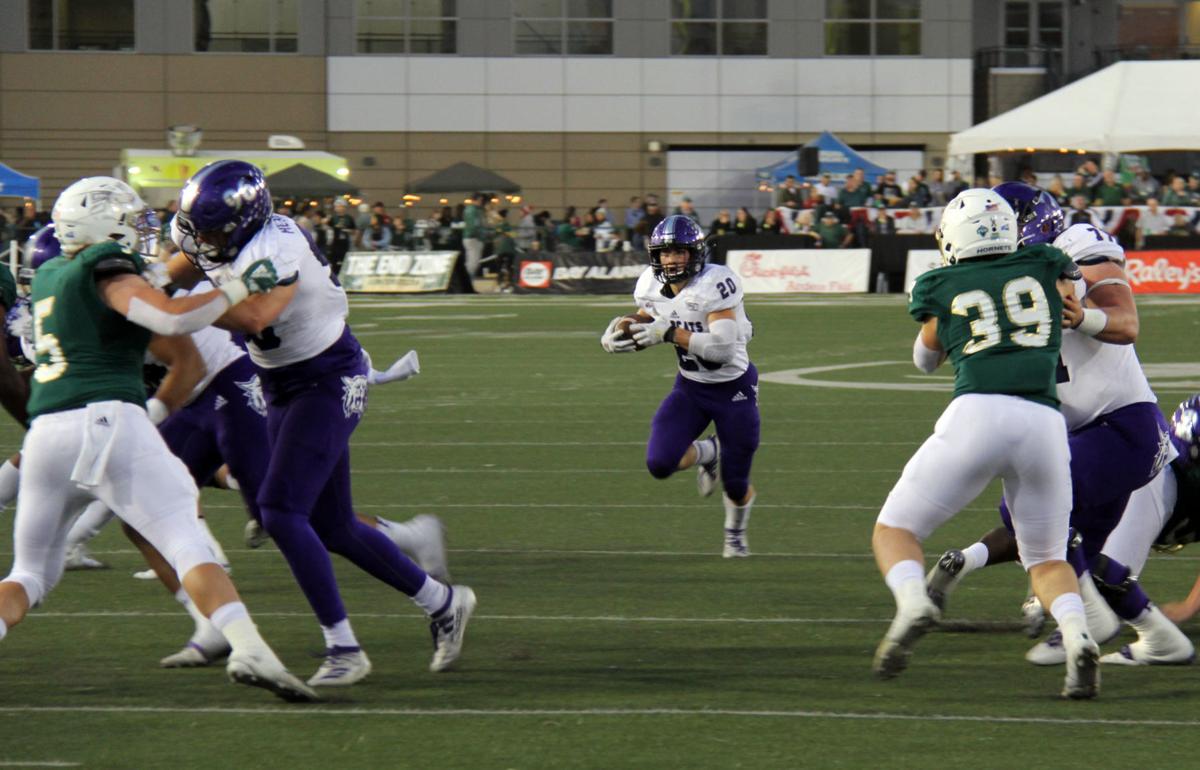 Weber State showed it’s the best team in the Big Sky, and may be the best team in the country with its 19 point win over Sacramento State. Weber has showed its strength on both sides of the ball while not losing to an FCS opponent all season. Top ranked North Dakota State blitzed another opponent going up 42 points in the first half against Youngstown State. The CAA, SoCOn and Southland continue to cannibalize themselves, calling into question how many playoff teams they actually have. With three weeks left, its time to see who the best 24 teams are.

Another week, another beat down by the Bison. They’re the clear top team in the country.

The Dukes come off the bye to play the two teams right behind them in the conference standings – New Hampshire and Richmond – and they get them both at home.

Weber State asserted itself as a top three (or better) team in the country with their surprisingly easy win over Sacramento State.

J’Bore Gibbs is out for the year. It didn’t matter against Missouri State. Will it matter down the road?

The Panthers picked up a huge road win over Illinois State. To earn a seed, they’ll have to beat South Dakota State on the road in a couple weeks.

The Hornets were never really in the game against Weber State and lost their quarterback to injury. How they rebound from this adversity will determine whether the Hornets will make the FCS Playoffs.

The Grizzlies are solidly a playoff team. If they can win out, they will earn a seed to the FCS Playoffs.

Princeton did what they needed to do against Cornell. This week they face off against the Ivy’s other unbeaten, Dartmouth.

The Paladins whipped Chattanooga. They finish with VMI and Wofford. The game against Wofford will most likely determine the conference champion.

Central Arkansas quietly keeps winning games. With an FBS win on their resume, they are a great candidate for a seed if they can keep navigating the tricky Southland without losing.

The Redbirds lost a home game to a tough Northern Iowa team. They have to stop the losing streak at one in order to keep the thoughts of the past couple years from creeping back into people’s minds.

The Bobcats picked up a win last week. But they’re probably going to need to win the Brawl of the Wild vs. Treasure State rivals Montana to make the playoffs.

Dartmouth needed a last minute Hail Mary against Harvard to keep their matchup of unbeatens vs. Princeton alive.

The Rattlers keep winning easily. The Florida Classic is shaping up to be an excellent game coming up in a few weeks.

Three straight losses have the Wildcats reeling. Luckily for them, they finish with three home games. A loss to Clemson doesn’t hurt the Terriers. They’re in line to make the playoffs and win the conference if they win out.

The Redhawks should win their last three games on their schedule. That will get them into the playoffs, and depending on what happens around them in the OVC, they could win the conference.

Monmouth is the favorite for the Big South title after thoroughly beating Kennesaw on the road. The Hawks have only lost to Montana and FBS Western Michigan.

The Fighting Hawks come off their bye to travel to Weber State. They’re a playoff bubble team, but a win this week will solidify their standing.

The Owls played a quality opponent and lost big. They may find themselves going from potential seed to no playoffs.

The Governors survived an overtime test from Eastern Kentucky. A win this week gives them the inside track to the OVC title.

The Wildcats control their own destiny in the CAA race. This week, they get conference leader James Madison on the road. A win there locks them into the playoffs.

Central Connecticut should get past St Francis this week before the closing stretch which will determine the NEC champion.

The Skyhawks are the surprising leader of the Ohio Valley. They are going to need to beat Austin Peay this weekend because an at large will not come their way.