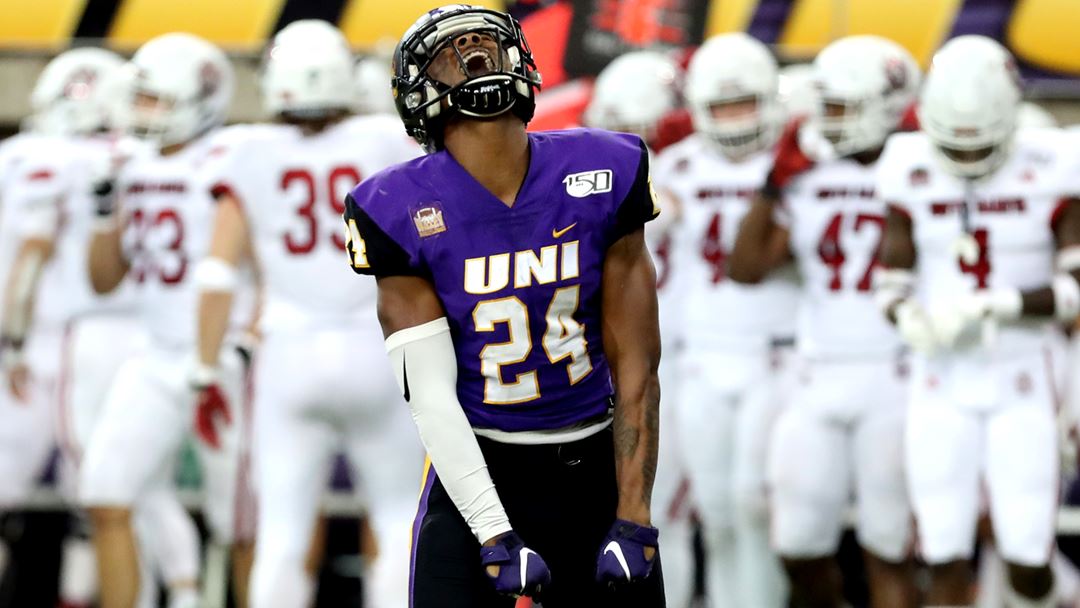 To state the obvious, the month is now November. There are three more football weekends to go before FCS Playoff Selection Sunday, where FCS Nation hopes ESPN pronounces all the schools’ names correctly and don’t forget to specify who is home, and who is away in the first round. (I’ve seen a lot of these; in some years, ESPN is slick and perfect with their selection show, and in others, they are not just figuratively Mickey Mouse productions, they can be literally Mickey Mouse productions as well.)

Amazingly, we don’t have a single conference which has their autobid answer completed yet. Sure, there are a couple schools whose chances of losing the autobid are somewhere between “extremely slim” and “only an act of God would prevent this from happening”. But that’s not the case in most of the autobid conferences, where there are a lot of twists and turns yet to be discovered.

I wouldn’t call the FCS playoff picture clear by any stretch of the imagination, but you do get the sense that the haze around the season has lifted a little. For example, it’s clear that there are going to be multiple 7-5 teams in the field, simply due to the fact that there are a boatload of teams in the CAA, Big Sky and Missouri Valley that are hovering around that number. Whether an at-large team is “in” or “out” may come down to the smallest of things, like scheduling a NAIA or D-III school as one of your wins.

We’ll start really looking at the at-large situation a lot more closely after we talk autobids.

7-2 (5-0) Weber State currently sits alone atop the Big Sky, but in two weeks, 7-2 (4-1) Montana looms in Missoula in a couple of weeks (with a tricky non-conference game against North Dakota this week as well, but that doesn’t bear on the autobid). If the Wildcats lose that game against the Grizzlies, that opens up all sorts of possible outcomes with all the current one loss Big Sky teams, including 6-3 (4-1) Sacramento State or 6-3 (3-1) Montana State, if those teams can win the rest of their games. For now, the Wildcats are red-hot. CSJ projects them to beat Montana, and win the Big Sky.

Everything fell exactly right for 7-2 (4-0) Monmouth this weekend. First, they pounded 7-2 (3-1) Kennesaw State 45-21, giving the Hawks a critical head-to-head win against the Owls. Then as a bonus, 6-2 (3-1) Campbell also lost to North Alabama on a last second field goal, putting Monmouth alone on top of the Big South. The Hawks have three games left, and the title will very likely not be settled until they play Campbell in two weeks. But Monmouth is looking really good to win the Big South’s autobid.

In consecutive weeks 8-1 (5-0) James Madison will face off against the only other two teams that could potentially take the autobid from them: 5-3 (4-1) New Hampshire and 5-4 (4-1) Richmond. The path for the Dukes is simple; win both, and win the CAA, and secure at worst a Top 2 seed.

Technically, 9-0 (5-0) North Dakota State, could lose at least two of their last three against Western Illinois, South Dakota, and Southern Illinois, which also technically means that the Bison have not clinched any autobid yet. Win any two, and they are the autobid winners. Win all three, and the Bison will be a no-doubt-about-it No. 1 overall seed.

8-1 (4-0) Central Connecticut State, 6-2 (4-0) Duquesne and surprising 5-4 (4-0) Robert Morris will all play each other in the month of November to determine the NEC championship and autobid. The Dukes and Colonials face off this weekend, and the Blue Devils host Sacred Heart.

In the tight OVC, every game looms large, but two particularly enormous games loom this weekend. 6-3 (4-1) Southeast Missouri State hosts 5-4 (3-2) Eastern Kentucky, and 6-3 (4-1) Austin Peay hosts 6-3 (5-1) UT Martin. The Redhawks will have to take care of business against the Colonels, but afterwards the locker room might be tuned in to the game in Tennessee. If UT Martin wins, SEMO would hold the tiebreaker, since they beat Martin a couple of weeks ago, but if Austin Peay wins, the Governors would hold the tiebreaker since they beat SEMO in mid-October.

Could the OVC get an at-large bid for the team that doesn’t win the autobid? The winner of the Austin Peay/UT Martin game would have a pretty good case if they win the rest of their FCS games.

Technically, if Holy Cross goes 3-0 or 2-1 against the rest of their schedule, Lehigh, should they win the rest of their games, could potentially get at-large FCS Playoff consideration as a 7-4 team. But it’s highly unlikely they would leapfrog in front of many other 7 Division I win teams.

Two teams, 6-3 (5-1) Furman, and 5-3 (4-1) Wofford, sit on top of the SoCon, with 6-4 (4-2) The Citadel facing off against 4-5 (3-2) Chattanooga in two weeks to determine the only other team that can catch them. The Paladins and Terriers face off next weekend in a game that could determine the SoCon title – as long as neither of them slip this week.

The at-large situation with the SoCon is fascinating. If The Citadel wins their last two games against Chattanooga and Wofford, they’ll have a chance at the SoCon title and are probably in the field as an at-large team, with an 8-4 record and a win against Georgia Tech. If they lose twice, they won’t be in the field. But if they go 1-1, at 7-5, will it be enough?

Wofford and Furman face similar math. If they lose two FCS games, they are out. Win two games, and they will either capture the SoCon title and autobid and make the field. But if they go 1-1, they will have a sweaty selection Saturday night. Currently, we have Wofford as our projected winner.

At this point, I am rooting for normalcy in the Southland. As long as 7-2 (5-1) Central Arkansas keeps winning – and they play a big game against 5-3 (4-2) Southeastern Louisiana this weekend – the potential for crazy tiebreakers in the Southland are kept at bay. The team best poised to enter a tie with the Bears and make the Southland autobid question more thorny is 5-4 (4-2) Nicholls, who beat the Bears head-to-head.

For at-large consideration, there are five teams with four losses that could possibly run the table and get into the conversation – but good luck guessing who they are, and some of those four loss teams have some real cringe-worthy losses on the resume. The team with the best resume for a potential at-large seems to be 5-4 (4-2) Sam Houston State, but a pesky loss to North Dakota looms as a potential problem.

This is the first week that the FCS Playoff Subcommittee releases their seeding rankings, which will give us an additional data point when looking at the seedings in the next couple of weeks. I think the rankings will look similar to those that I have done above.

As an added aid to our picks this week, I’m adding one more data point in terms of pools of victories – who have reached 8 or more D-I wins as a ceiling, 7 D-I wins, and 6 D-I wins. This will help in visualizing whose chances are better than others.

In our projections, we have North Carolina A&T doing what needs to be done to make the Celebration Bowl, with Bethune-Cookman a close second. That’s why the Wildcats have our last at-large spot at the moment. If Bethune-Cookman loses twice, and South Carolina State wins out, the Bulldogs would be in the best position for an at-large bid.