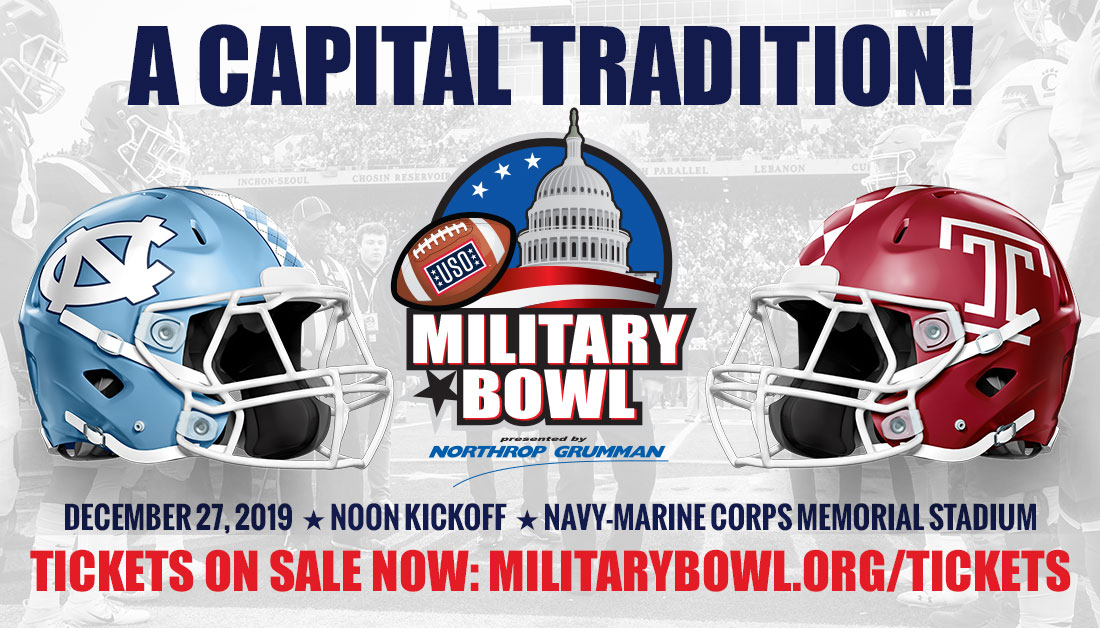 It took three tries, but Temple found their head coach in the offseason in Rod Carey. And the Carey Era started off with the Owls’ sixth consecutive year of bowl eligibility with a 8-4 record. This year’s senior class is the second consecutive class where the players were bowl eligible every season.

Objectively, Temple has had a very solid year, with their thrilling Week Three 20-17 over then-nationally ranked Maryland being one of the highlights, with two goal line stands late in the game to prevent a go-ahead Terps touchdown. A 30-28 win over Memphis was another, where the defense made two big fourth-down stops and also forced four turnovers.

The Owls’ four losses however showed that they were still half a step behind some of the better G5 teams in Buffalo, UCF, Cincinnati and SMU. But it was still a very successful year ending with what is a very accessible bowl game in Annapolis.

Temple has done it this year with their defense, as they’ve grounded some very high-flying offenses during the course of the season. The defense has only allowed 212.5 passing yards per game and are only yielding 3.6 yards per carry on the ground.

Offensively Temple has not blown out opponents but have had generally just enough to get by in wins. Redshirt senior RB Jager Gardner and freshman RB Re’Mahn Davis led the rushing attack, while on offense QB Anthony Russo and QB Todd Centeio played under center.

Key Player: DE Quincy Roche is considered one of the best edge rushers in FBS and will be highlighted in this bowl game. He registered 44 tackles, 18 TFLs, and a AAC-leading 13 sacks, most of them coming in conference play the rest of the season. North Carolina could have issues keeping him from disrupting the Tar Heels offense.

Mack Brown took on the challenge of getting North Carolina, his former team, back into postseason play in November of 2018, and a year later, after some dancing, some oh-so-close monumental upsets and some agonizing losses, Mack has brought North Carolina back. All that’s left for him to so is get a win and head into the offseason with a winning record.

Certainly it’s tough not to look at the Tar Heels’ record and think of what could have been – the narrow 21-20 loss to Clemson, the crazy 6OT loss to Virginia Tech, and narrow losses to Virginia and Pitt. But Mack Brown has definitely taken over a program that had its share of issues and challenges from the last decade and put them in a bowl, North Carolina’s first bowl trip since 2016, which is no mean feat.

Brown has largely took the players that stuck around after his hiring and has brought them on board, like RB Michael Carter, who leads the Tar Heels with 919 yards, and mixed them with some very talented freshmen he recruited, like QB Sam Howell and his 35 TDs vs. 7 interceptions. North Carolina is going to be a very interesting team to watch in upcoming seasons, and this bowl game will be another step in their development.

Key Players: Defensively is where North Carolina has been just a step behind the teams in front of them in ACC Coastal, but that doesn’t mean their defense is devoid of talent. DL Jason Stowbridge really came on late in the season and ended the year with 42 tackles and 6 1/2 tackles for loss. The big question is whether Stowbridge and his defensive unit can slow Temple down enough to win the bowl game.

Chuck: Mack Brown is back, and Mack Brown understands the emotions of bowl games and the importance of winning them. Expect a young team to play extremely well and to beat Temple after a game effort by both teams. North Carolina 34, Temple 31