“… And it only took twelve weeks to know about half the FCS playoff field!” – Me

I’ve been doing this FCS Playoff field predictions a very long time now, and it’s been a very strange year. It’s not customary for so many autobids to be in doubt this late in the season. But this week, a lot of results came in that clarified five of the autobids. (The one that surprised me the most was Wofford, who needed to beat Furman and have The Citadel be upset by Chattanooga – and it happened.)

With that, the floodgates open about the rest of the bracket. It’s amazing how much more clear things are after this weekend.

I’m here to dispel confusion. You’ve come to the right place to try to make some sense of the playoff field.

All 8-3 (6-1) Weber State had to do was beat 9-2 (6-1) Montana, and we’d have known who the autobid winter of the Big Sky would be. Instead, we have a potential mess. There is a potential situation where Weber State, Montana, Sacramento State, Montana State and Eastern Washington finish with 6-2 conference records, and determining the autobid winner becomes a complete mess of looking at head-to-head records against teams in the tie, then the next-best teams, etc.

If Sacramento State beats rival UC Davis this weekend, they will win the Big Sky autobid (because they beat the only team that could tie them in conference record, Montana). If the Hornets lose and the Grizzles beat Montana State, Montana wins the auotbid. The issue arises if both Sac State and Montana lose, and at least a three-way tie would exist at 5-2 (because Montana State would join Montana in the 5-2 club in that case).

We at CSJ are projecting that Sacramento State will make this process easy, and win the Big Sky. But Montana, Montana State, Weber State and Eastern Washington all have tons to play for this weekend. Possibly all of these teams might end up in the FCS Playoffs. Monmouth did it. They officially won the Big South with a 9-2 (5-0) record and if they go 10-2 and beat Hampton this weekend, CSJ projects they will be the 8th seed.

11-0 (7-0) North Dakota State won the Missouri Valley and is a mortal lock for a seed. If they defeat Southern Illinois this weekend, they should be the No. 1 seed. The Salukis, however, have a lot to play for. If they pull off the huge upset, they will no-doubt-about-it be in the playoffs with an 8-4 record. 10-1 (6-0) Central Connecticut State beat Robert Morris this weekend to remain undefeated against FCS competition and win the NEC’s autobid. Their schedule is too weak to seriously consider them for a seed, and they also face a tricky season-ending game against Duquesne to close out the regular season.

7-4 (6-2) UT Martin cannot win the autobid, and could possibly be in the mix for an at-large bid. If they beat FBS Kentucky (5-5) to finish the year, the FCS subcommittee would almost literally have no choice but to include them in the field – and it’s hardly an insurmountable task.

6-5 (4-1) Holy Cross only has to beat Georgetown to win the autobid. For this gift, they have 3-8 (3-2) Lafayette to thank, because they were shut out by Colgate last week to lose control of their own destiny.

If Holy Cross loses, and Lafayette beats their long-time rivals Lehigh this weekend, Lafayette would make it to the FCS playoffs with a 4-8 record. If both lose, Holy Cross would go through, thanks to their head-to-head win over Lehigh (both would have 4-2 conference records). 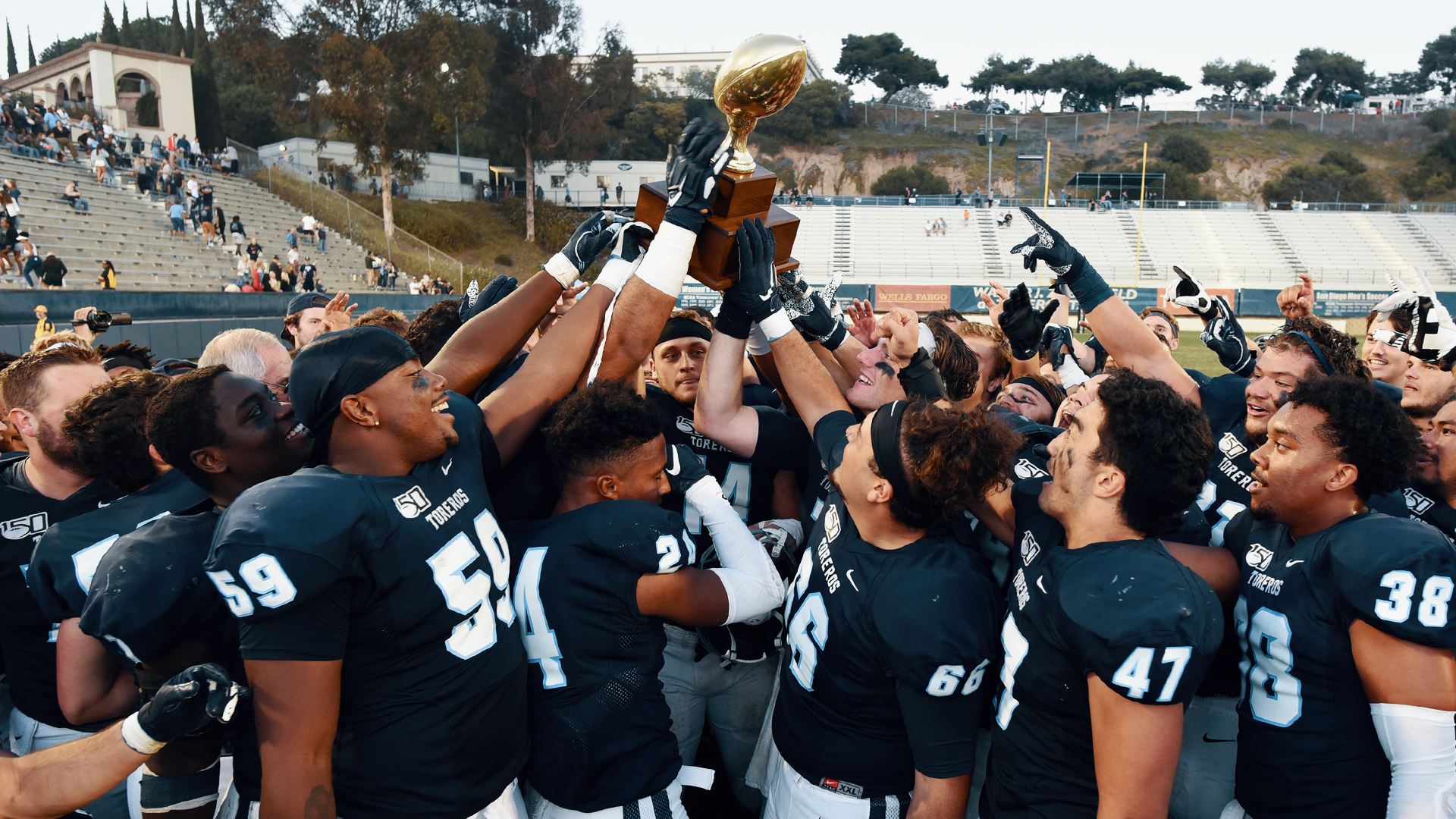 8-2 (7-0) San Diego, as expected, pounded Morehead State to win the Pioneer League title and autobid. A road trip to Jacksonville awaits before figuring out their first-round opponent.

The autobid, suprisingly, was won this weekend by 7-3 (6-1) Wofford, who had to beat Furman and hope Chattanooga beat The Citadel to make the playoffs – and that’s exactly what happened.

Even if they get wins this weekend, Chattanooga, The Citadel, and Furman will have a restless Saturday night wondering if they did enough to make the playoffs with 7 Division I wins. The Citadel has a win against FBS Georgia Tech in their back pockets if they beat Wofford, but they might not get into the mix at all if they lose to Wofford and end the season at 6-6. Furman played a couple of FBS teams close, but don’t really have a signature win. Chattanooga has the same problem and also has a bad loss to Jacksonville State early in the year.

What was once the most complicated, weird autobid scenario grid on the planet has become simple and straightforward, thanks to Sam Houston State’s inexplicable loss to 2-8 Northwestern State this weekend. The winner of this weekend’s Southeastern Louisiana/Nicholls game will win the Southland title and autobid. Central Arkansas can tie the winners, but they cannot win the autobid, as they lost to both. Currently, CSJ projects that red-hot Southeastern Louisiana will get the bid.

The burning question is whether the loser of the Southeastern Louisiana/Nicholls game would have a good enough resume to still make the playoffs as a seven-win team, and the same question applies to McNeese State, who, if they beat Lamar this weekend, could make it to 7-5. Sam Houston State can only get to six Division I wins, and seem to have eliminated themselves with their loss this weekend.

Currently there are two teams with some excellent resumes: North Carolina A&T (7-3, 4-2), and South Carolina State (7-3, 4-2). Of the two, the Bulldogs have an intriguing win over a team we already know is in the FCS Playoffs in Wofford.

In our projections, we have North Carolina A&T doing what needs to be done to make the Celebration Bowl, with South Carolina State in the field. In order for the Bulldogs to qualify as a bubble team, they need to win their final game against Norfolk State. That is what we are predicting, and just making it inside the bubble.