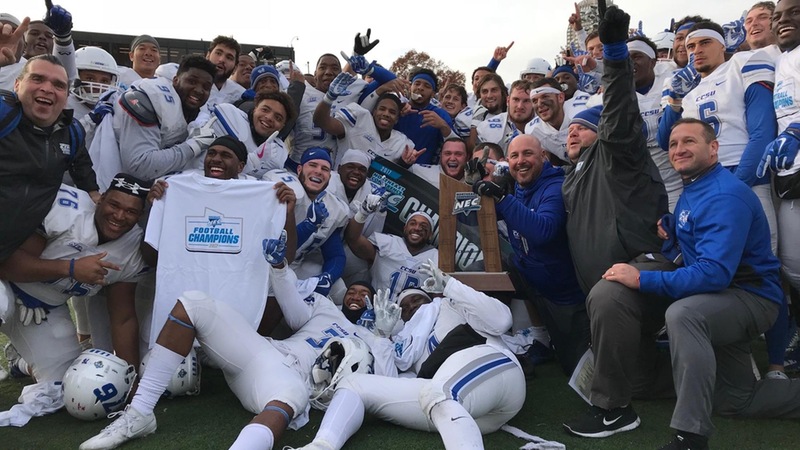 With a week to go, here’s the latest projected bracket from College Sports Journal.

This year, we are picking a bracket based on staff picks, Sagarin Ratings, the FCS Coaches’ Poll, and some special sauce to determine who we think will be in the playoff field, who is seeded, who is in, who is out.

Two conferences, the SWAC and MEAC, choose to send their champions to the Heritage Bowl, a postseason event that’s separate from the FCS playoffs. What this means is that their conference champions play in the Heritage Bowl and not the playoffs, though second-placed teams could be considered instead,

Four conferences have determined their champions this week and they all have automatic bids to the 2017-2018 FCS Playoffs:

These are based off of the FCS Committee’s released seedings from last week and the outcome of this weekend’s games. CSJ feels Elon will be knocked out of the seeding conversation, with Weber State entering at the No. 8 slot. 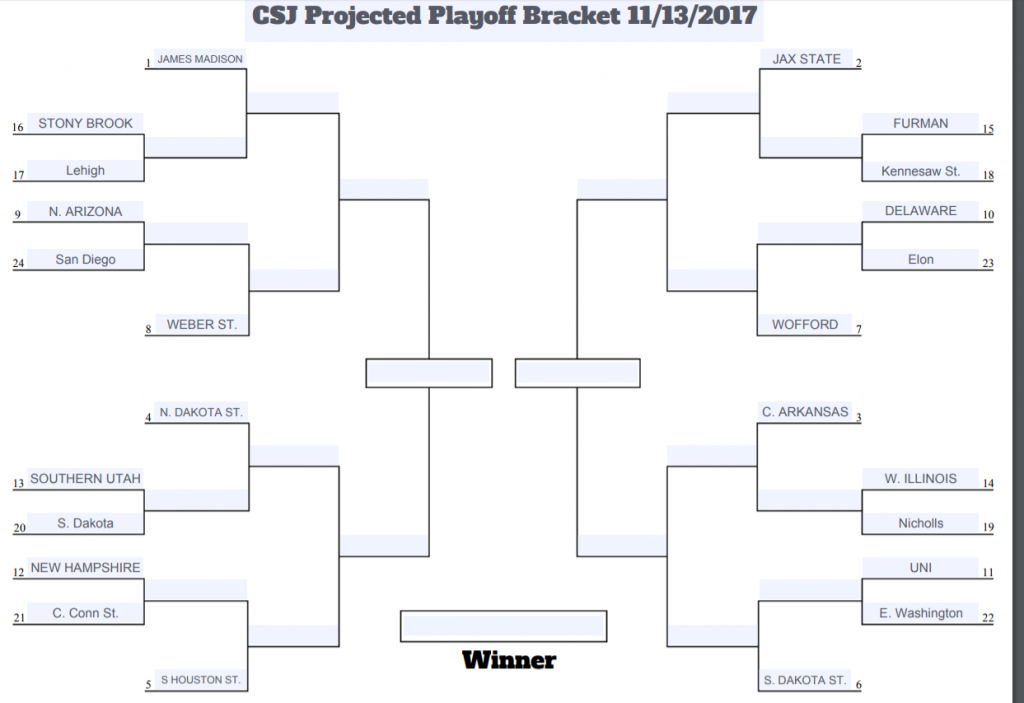