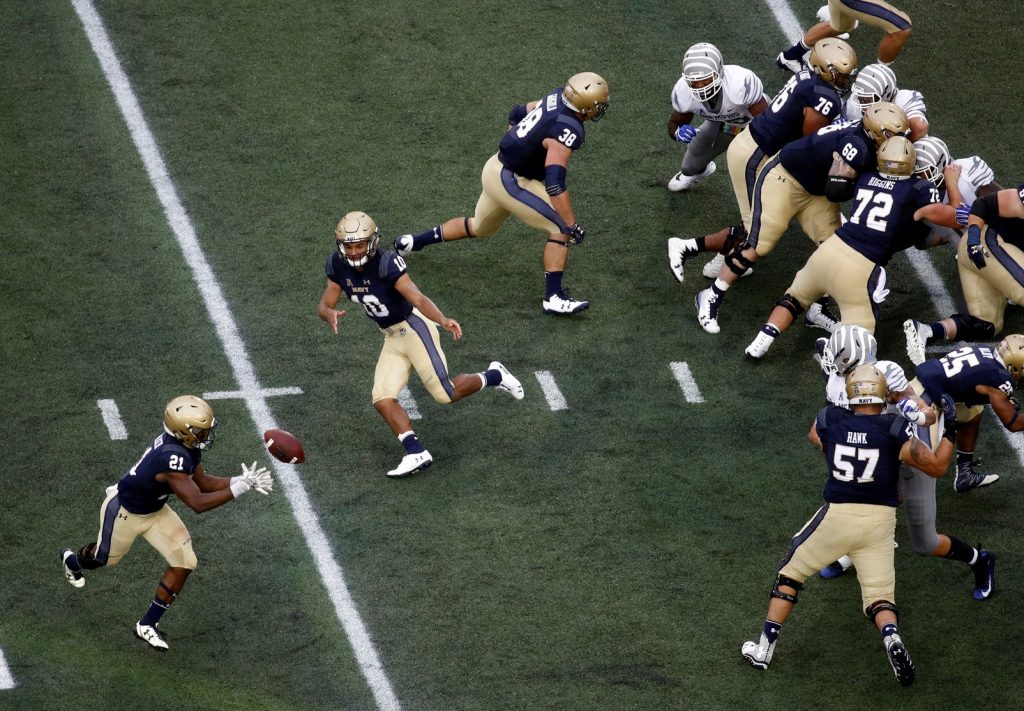 For much of FCS Nation, a game against an FBS opponent is an annual expectation.

For a significant number of FCS schools, however, games against FBS opponents are not something that happens every year.

Such is the case of Lehigh, who hasn’t scheduled a game against an FBS opponent in fifteen years.

This weekend, the Mountain Hawks face off against Navy, who share a conference with Lehigh in all sports except for football. In a way, the game doesn’t feel totally foreign in the sense that some FBS games might be – the history between the Naval Academy and the smaller, private University in Bethlehem runs surprisingly deep.

And for the Mountain Hawks who are playing or coaching this week, it’s an event and a challenge that everyone is embracing.

“I think this is going to be a great experience for our team,” Lehigh head coach Andy Coen said this week. “But I’ve also told the guys that we’re going there to win. And we’re going to do our best to do what we need to go to get to win.”

Lehigh and Navy were two of the earliest institutions to field college football teams.

In 1879, Navy fielded an unsanctioned team to face off against the semi-professional Baltimore Athletic Club, and eventually fielded a full-time sanctioned football team for intercollegiate play in 1882.

And Lehigh’s first year with an intercollegiate football team was in 1884, after several unsanctioned years where informal athletes gathered play teams like the University of Pennsylvania’s sophomore classes.

By 1889, Lehigh and Navy, with would face off for the first time in Annapolis on Thanksgiving Day, played before noon so that the “Bethlehem Boys” could catch a train to Baltimore to prepare to play Johns Hopkins the following day. “For the naval cadets at Annapolis,” The Baltimore Sun reported, “the day brought a defeat at foot-ball 26 points to 6 by the Lehigh University in the morning, a big dinner of turkey, cranberry sauce, and other things at noon, at athletic sports all to themselves in the afternoon. It was altogether a gala day for the boys in blue and brass buttons, because the severity of their discipline was somewhat relaxed, they had an opportunity to pit their muscle against that of boys of equal weight in the outside world, and they enjoyed the privilege of basking in the smiles of their sweethearts.”

Navy’s game with Lehigh predated the first-ever meeting between their eventual Rival of Rivals, Army, and the gala Thanksgiving event where the Academy hosted Lehigh might have been an indicator to the folks at the Naval Academy that a gala event with a more fitting Rival might have been something to establish.

Lehigh would do very well against Navy in those early years, playing again and beating the Midshipmen on Thanksgiving Day in 1890, but by the mid-1890s Navy would start to establish themselves as an up-and-coming power in Eastern football, surpassing the “Bethlehem Boys” and going 9-0-1 against Lehigh during a 10 game stretch, shutting them out six of those times.

Navy would stop scheduling Lehigh in 1913, waiting 70 years to schedule them again in 1983. By that time, Navy had passed on into legend as one of college football’s best and most storied programs, alongside Notre Dame, Army, USC and others, and Lehigh, who had just recently re-entered Division I football as a I-AA team (after winning a Division II National Championship), was a smaller independent school. 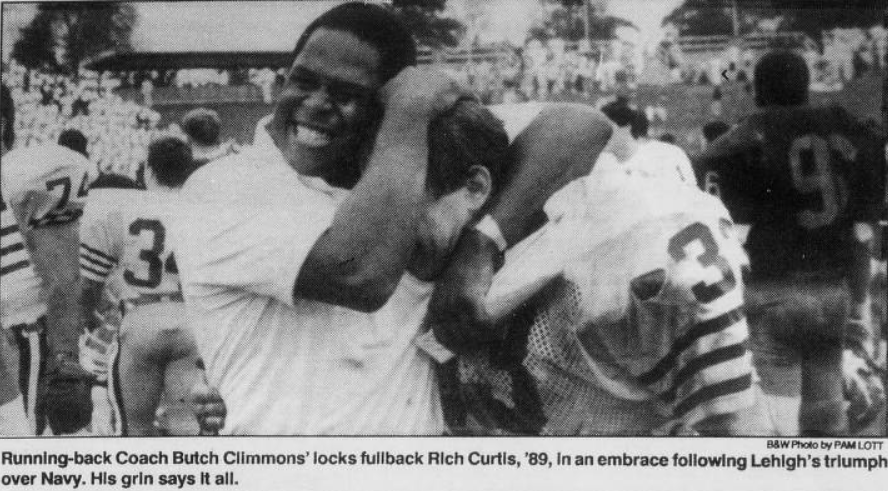 Navy played the Engineers during the 1980s, and went 3-1 against them, but it was the 1987 game that Lehigh fans remember the most, a 24-9 win over the Midshipmen in front of Navy’s homecoming crowd. Navy made several critical mistakes early, but Lehigh capitalized and then made the score hold up.

“I remember how it was last year and have a bad game and certainly the players remember,” Lehigh head coach Hank Small said after the game.

That was the last time Navy would played Lehigh in football, but in 1991 the Naval Academy would join the all-sports league that Lehigh, Lafayette, Colgate, Holy Cross, and Bucknell all helped co-found, the Patriot League. That decision would mean Navy would play Lehigh every year in a multitude of sports – just not football, where FBS teams require a certain number of wins against FBS teams to become bowl-eligible.

Navy and Lehigh’s presence in the Patriot League illustrates how both institutions value so much of the same things – honors education, athletic excellence, and doing good after graduation. Though the institutions are different, they are united by many key values – which makes this game different than other FCS vs. FBS matchups.

For the week at hand, the Mountain Hawks are under no illusions about the challenge they face against Navy’s unique triple-option attack. It’s something that is a huge challenge for anyone trying to simulate the offense with a scout team, and is especially challenging for Lehigh because they haven’t faced a true triple-option team in many years. The last time Lehigh did was when Tim Landis was still at Bucknell.

Worse, Navy has some real offensive stars in the American Athletic Conference in WR/QB Zach Abey and QB Malcolm Perry, who guided the Midshipmen last week to a surprising 22-21 win over Memphis. Perry rushed for 166 yards on 36 carries and also scored the two critical touchdowns Navy needed.

Overlooked as well might be Navy’s defense, who forced four turnovers to allow the Midshipmen to hang around and end up with the win. Like last week, the Lehigh/Navy game is scheduled to be wet, but the Midshipmen have shown to be opportunistic in those conditions.

“We just need to be as physical as we possibly can,” Coen said. “Our players aren’t distracted. They’re excited. You have to be. If you’re not, you’re in trouble.”

On the Navy side, head coach Ken Niumatalolo was trying to guard a little bit against a letdown and paying Lehigh some respect.

Niumatalolo also liked how physical his team was against Memphis, so it seems to indicate that it will be a big emphasis on both sides this week. Special teams, which was a bit lacking in his eyes, will be a point of emphasis in this game too for Navy, it seems.

It’s going to be a bit of an unfamiliar, yet familiar feeling in Annapolis this weekend for both Navy and Lehigh. Unfamiliar in the sense that the Mountain Hawks and the Midshipmen haven’t played each other in over 30 years, but familiar in the sense that both programs share the same values and some of the same history. There is the potential for a lot of good things for both sides to take away from this matchup this weekend.