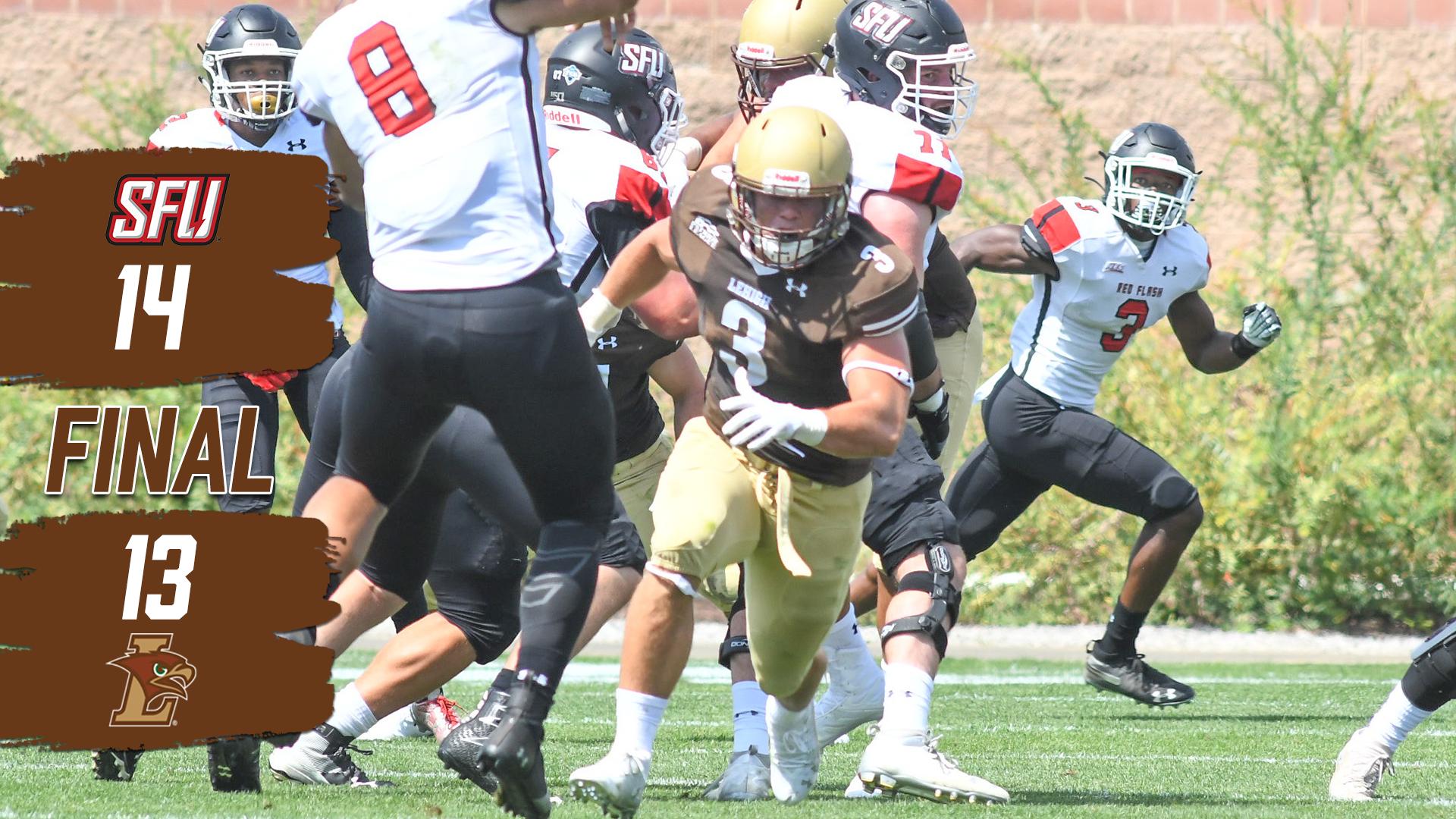 It was a game a defensive coordinator could love, and it resulted in a thrilling victory for St. Francis (PA) and an agonizing loss for Lehigh when a late 40 yard FG attempt went wide right for the Mountain Hawks, resulting in a 14-13 win for the Red Flash.

Early on, Lehigh surged to a 13-0 lead thanks to some terrific special teams plays by the Mountain Hawks.

A fumble on a muffed punt recovered by S Sam McCloskey resulted in a 17 yard FG by PK Austin Henning, and later a mishandled punt led to a highlight-reel tackle of the punter by DE Davis Maxie, with the ball recovered and returned for a touchdown by McCloskey.

But after the Mountain Hawks (0-1) got the score to 13-0, eventually the Sf. Francis (PA) offense would crack the Lehigh defense just enough to score the two touchdowns that would be enough to win the game for the Red Flash (1-0).

On one particular drive, St. Francis QB Jason Brown got loose in the second half and found WR E.J. Jenkins down the left side for a 75 yard strike to cut the score to 13-7.

Then, with 1:17 to play, Brown evaded a sack by CB Marquis Wilson and managed to find wide-open TE Terrell Johnson, who rumbled into the end zone for the game-winning score.

The Mountain Hawk offense would then manage to drive in the final minutes to set up a 40 yard FG attempt, but it went wide right as time expired.

Red Flash QB Jason Brown threw for 293 yards along with those two touchdown passes, but what could have been the most important statistic was the “0” next to the stat “interceptions”. QB Tyler Monaco through for 270 yards, but the one throw he definitely would like back was his interception in the red zone by FS Nick Rinella, one that proved very costly.

“Well you know I’m disappointed with the result of the game obviously,” head coach Tom Gilmore said. “You go in every game expecting to win, and we didn’t get that done today. But it wasn’t due to a lack of effort. It was due to a lack of execution as everyone saw.